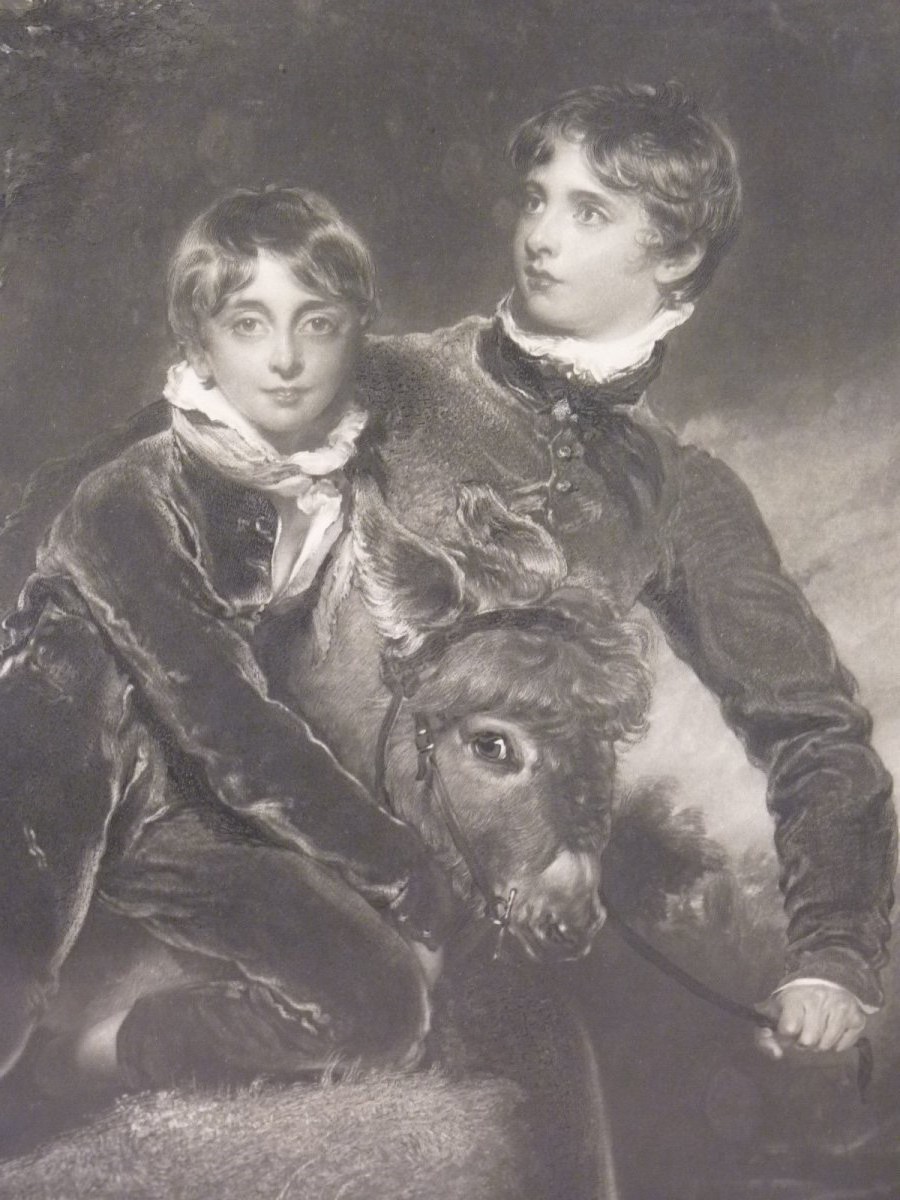 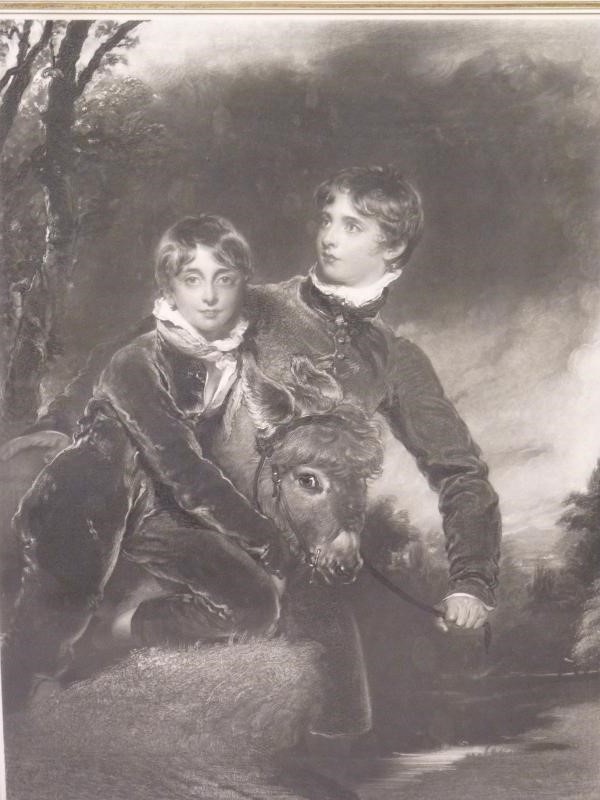 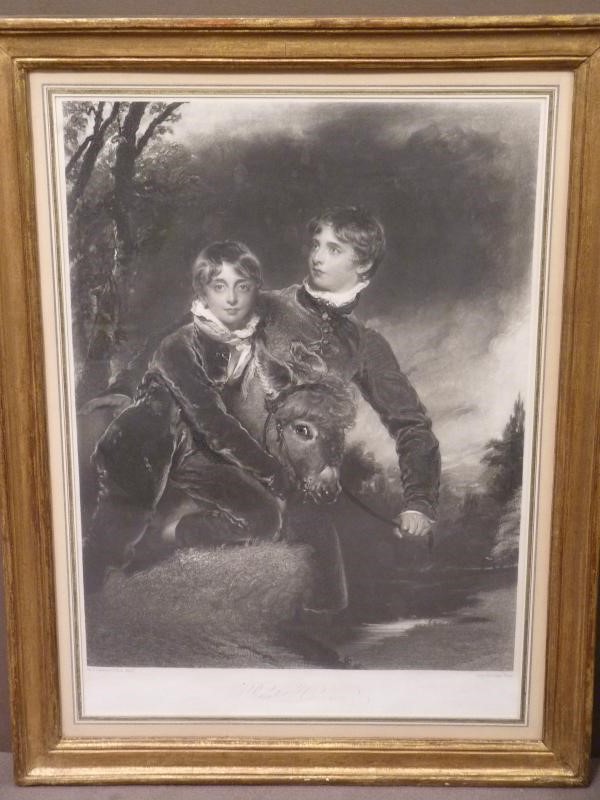 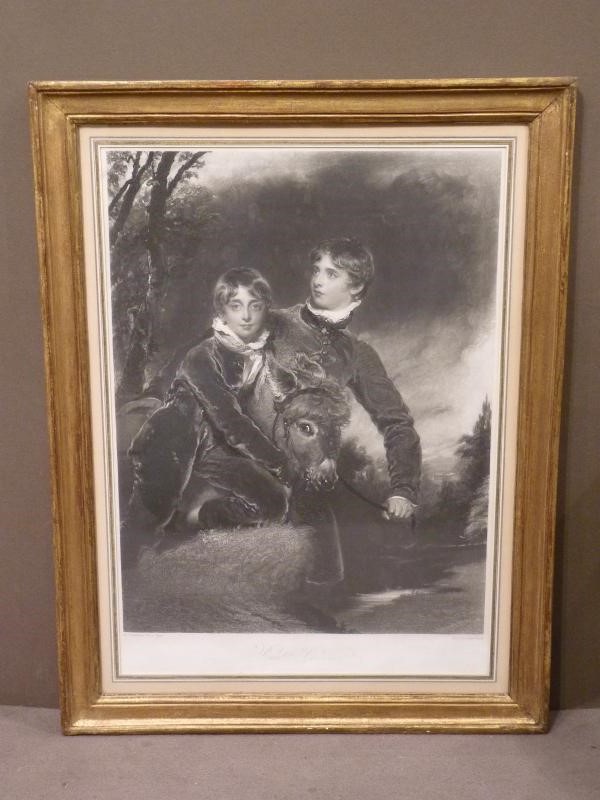 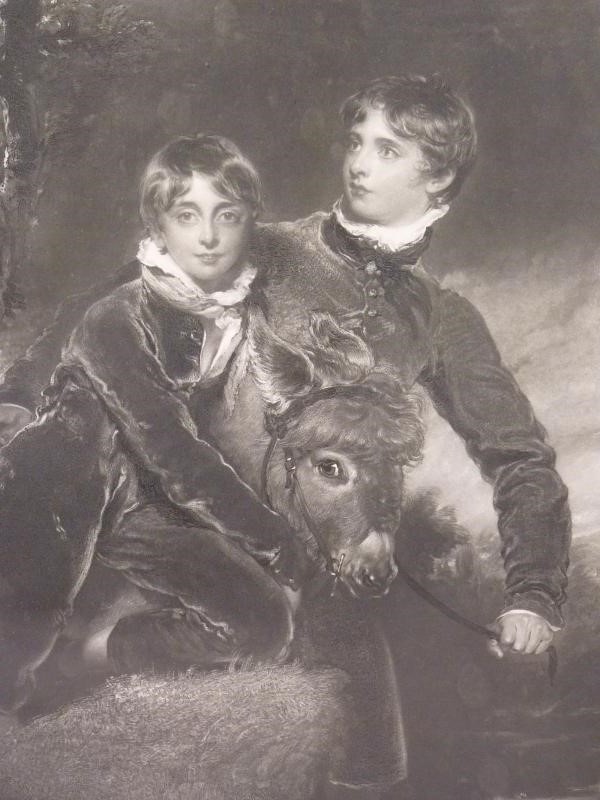 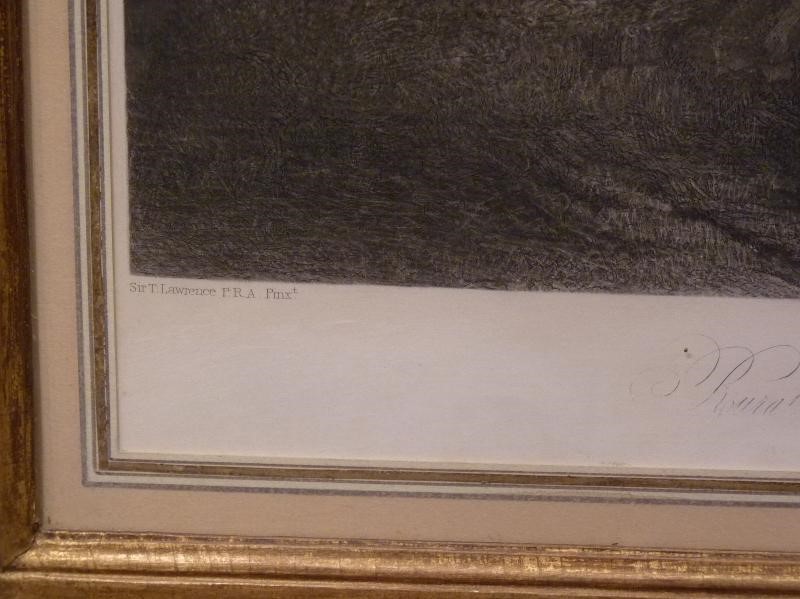 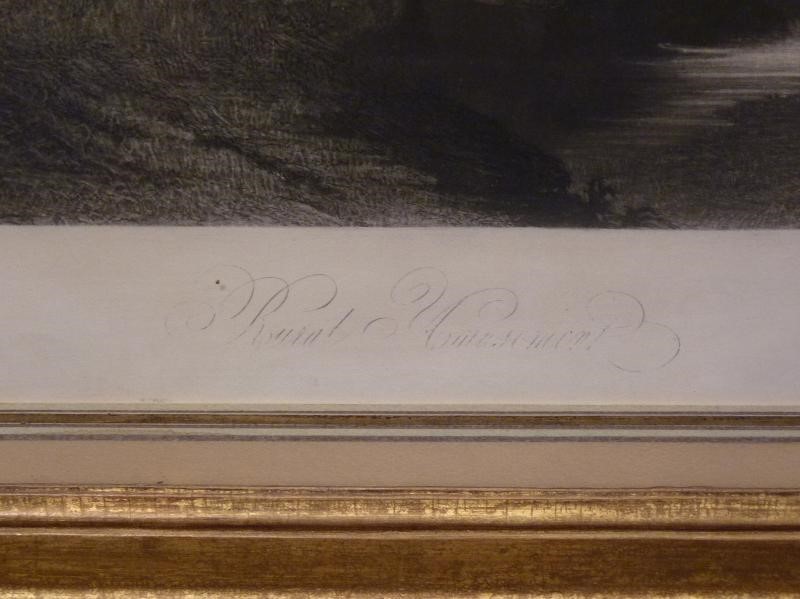 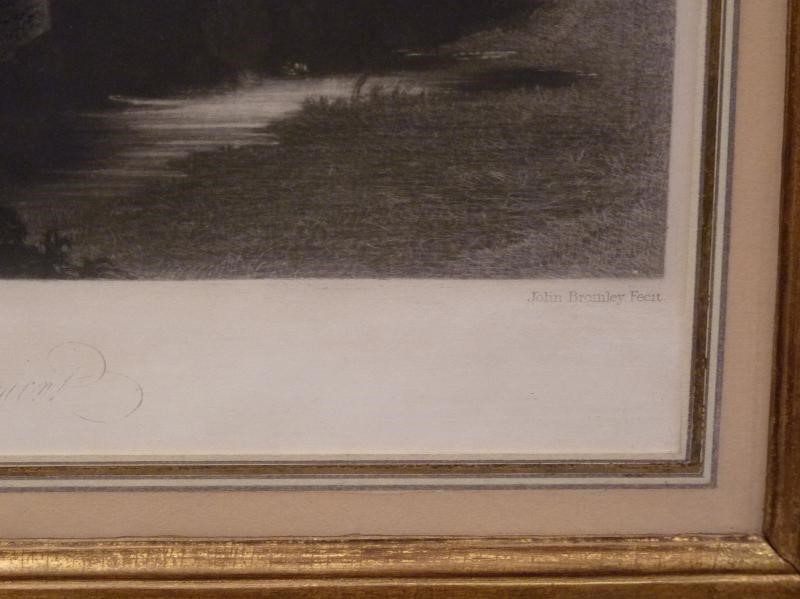 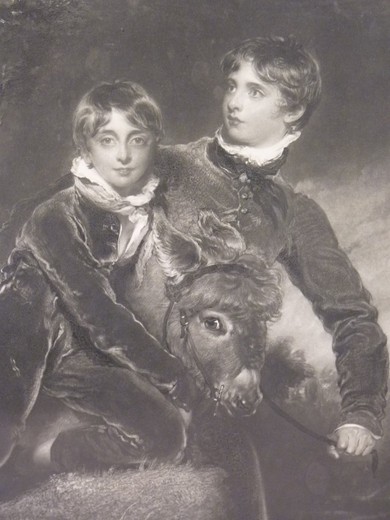 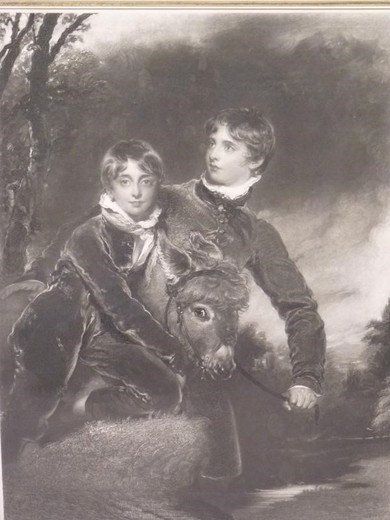 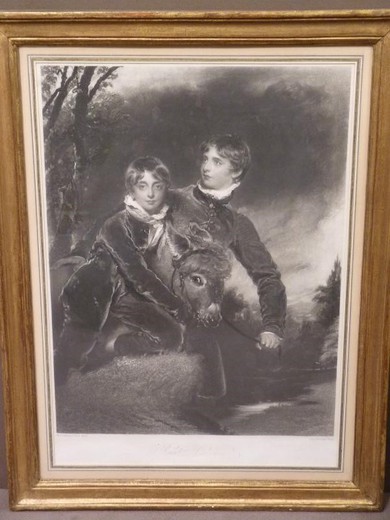 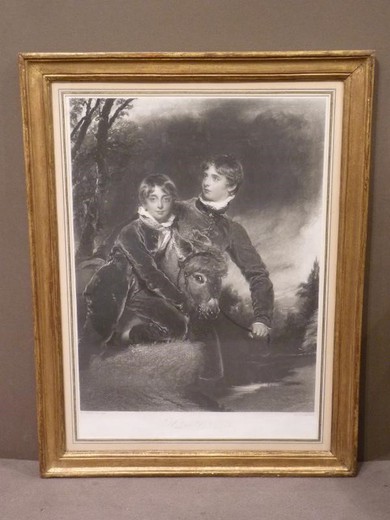 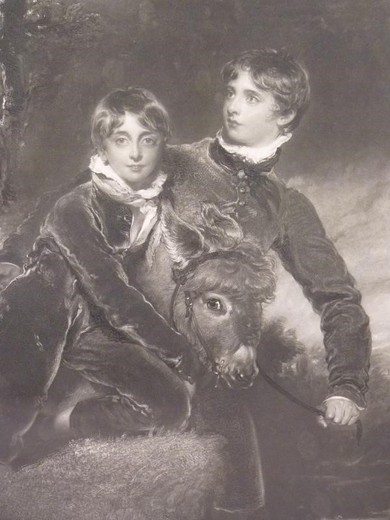 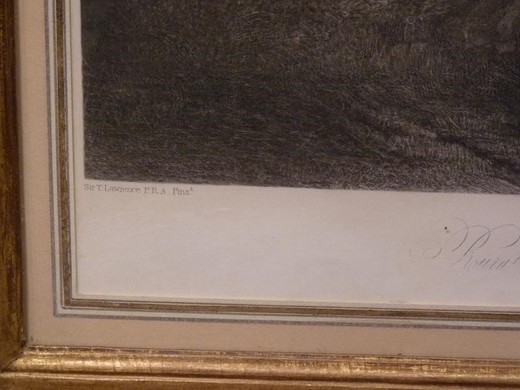 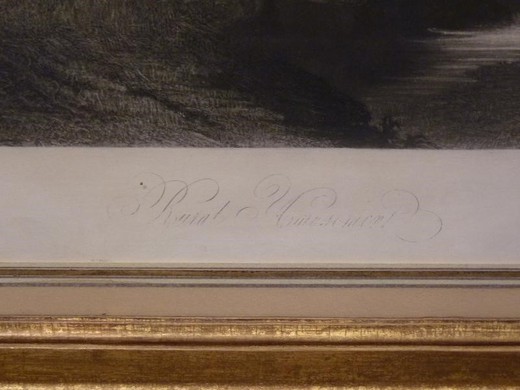 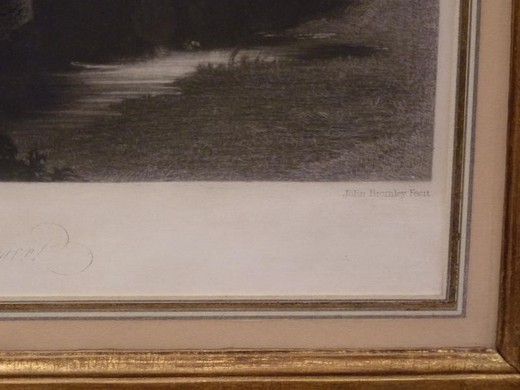 An old engraving depicting two young men with a donkey. Author's title of the painting "Village fun". Inscribed on the margins: "Country Entertainment", "Sir T. Lawrence PRA pinx.t" (PRA for President of the Royal Academy). "John Bowley Fecit". Engraved by Thomas Lawrence (1769-1830) Engraved by John Charles Bromley (1795-1839) and published by Colnaghi & Son in London in 1831. The print was made during the reign of King William IV. Gilded wooden frame from the 19th century. France, XIX century. Thomas Lawrence (April 13, 1769 in Bristol - January 7, 1830) - painter who was the most important portrait painter of the English regency and reign of George IV. He was born in Bristol. In 1787 he went to London, where he was received by the royal portrait painter Joshua Reynolds and became a student at the Royal Academy. He was only 20 years old when he painted the Portrait of Queen Charlotte. When Reynolds died in 1792, he became the painter of King George III. He was elected a Fellow of the Royal Academy in 1794 and became its president from 1820 after his death. In 1815 he was knighted.