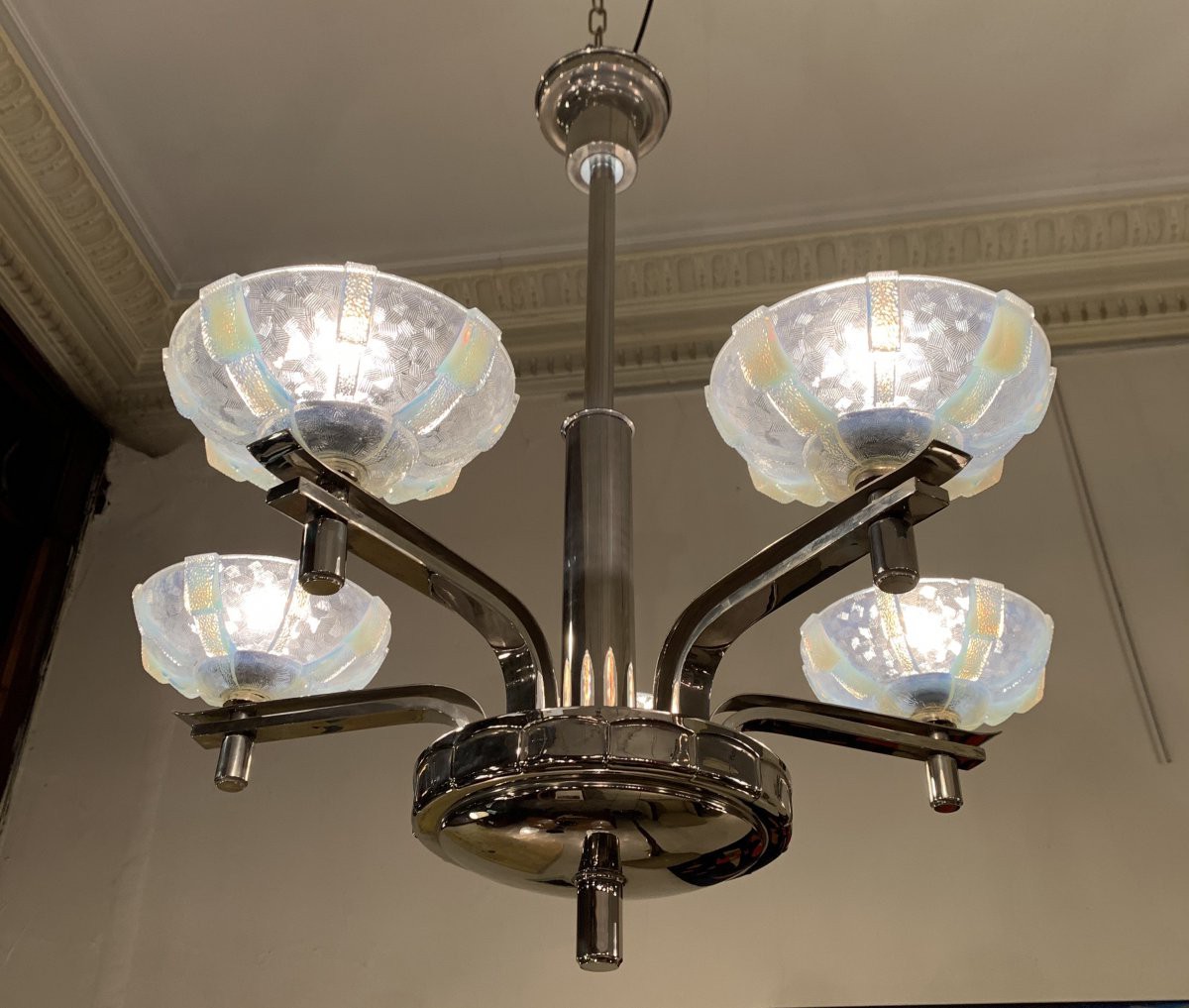 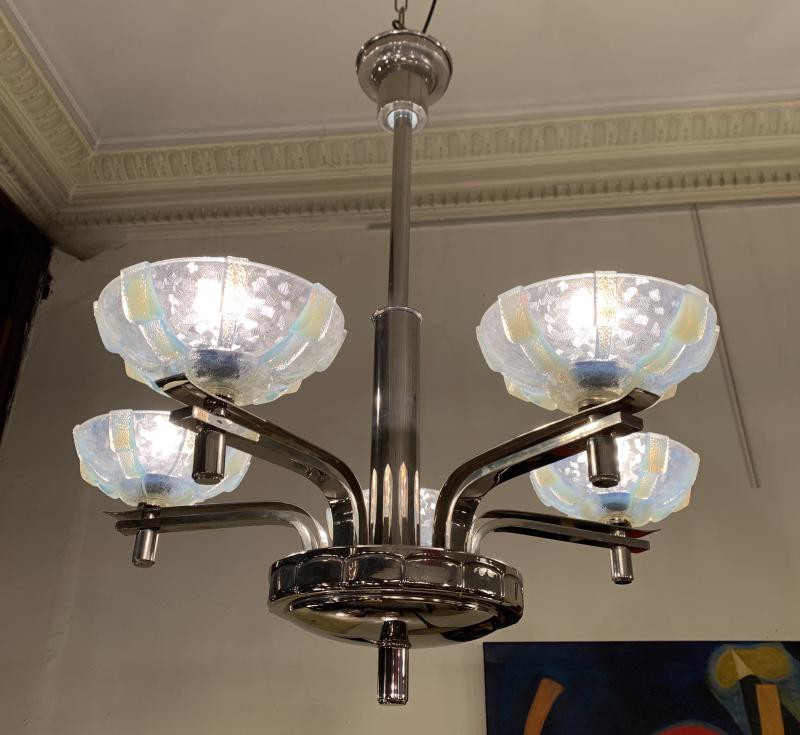 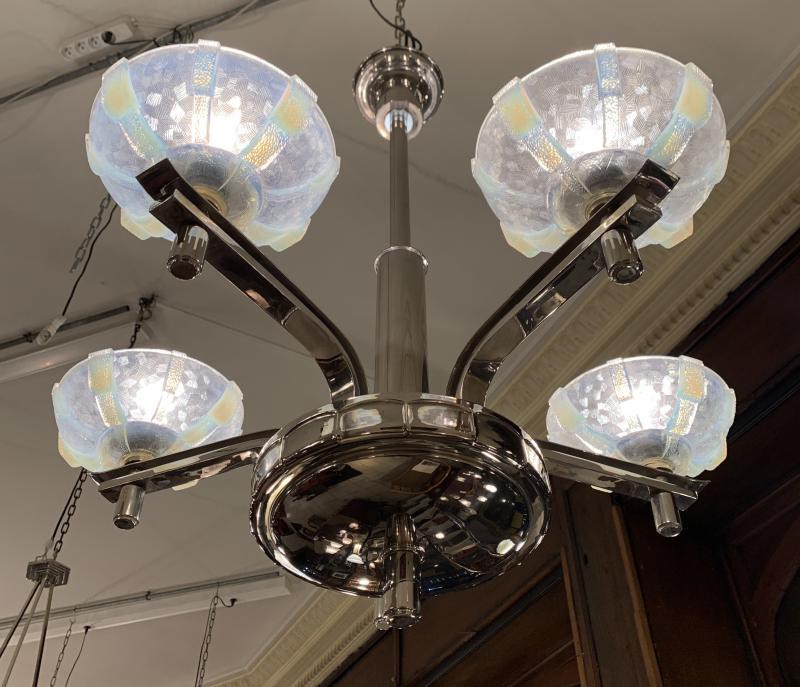 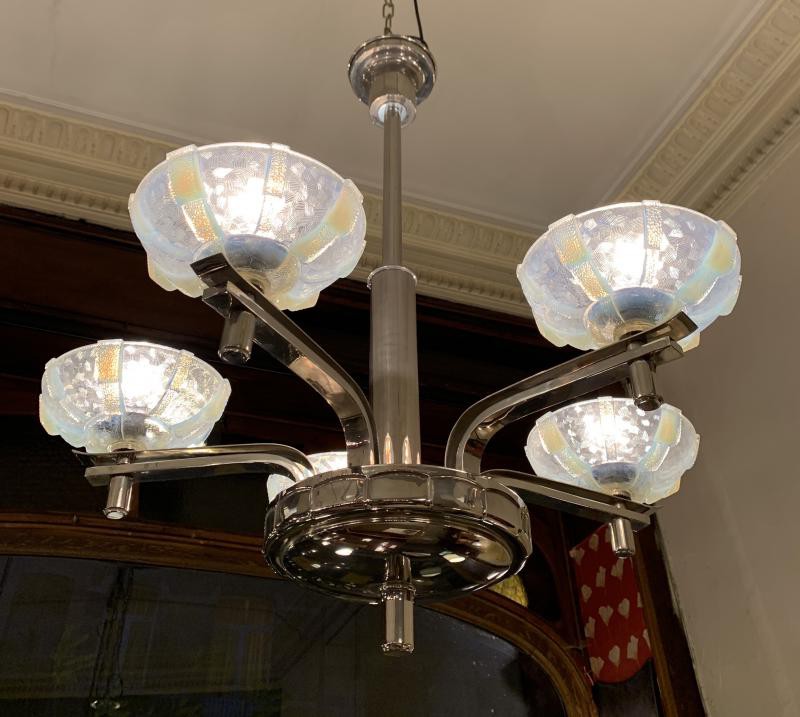 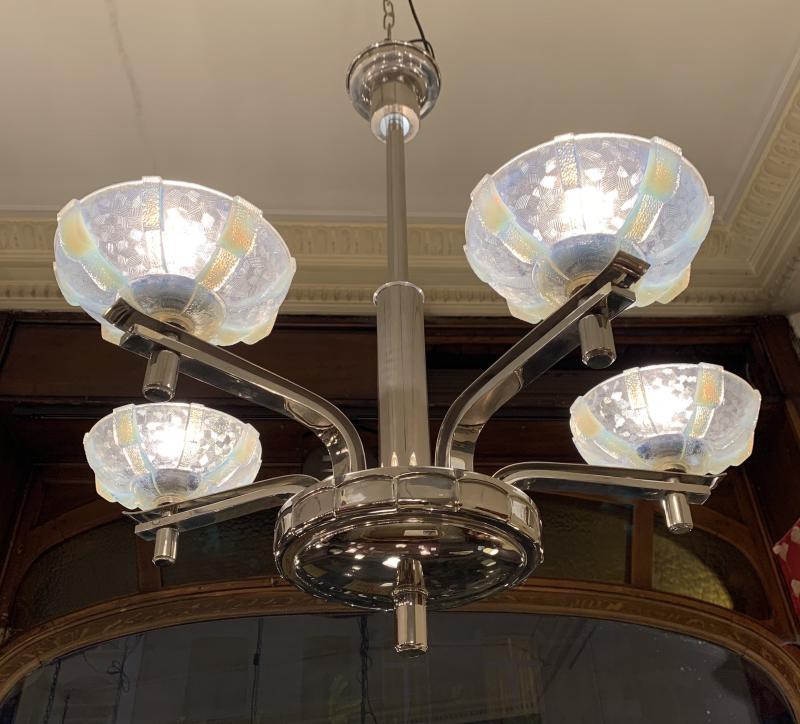 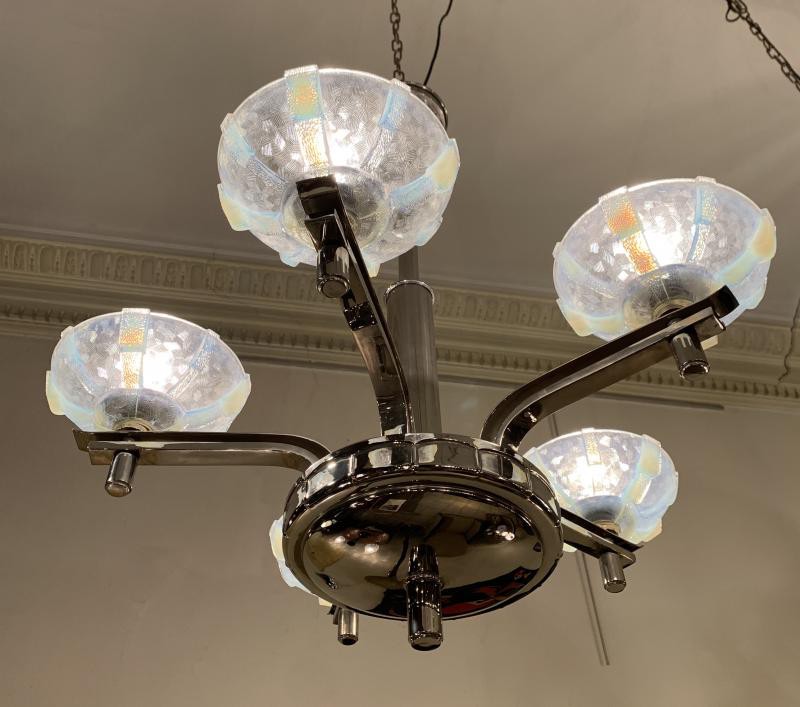 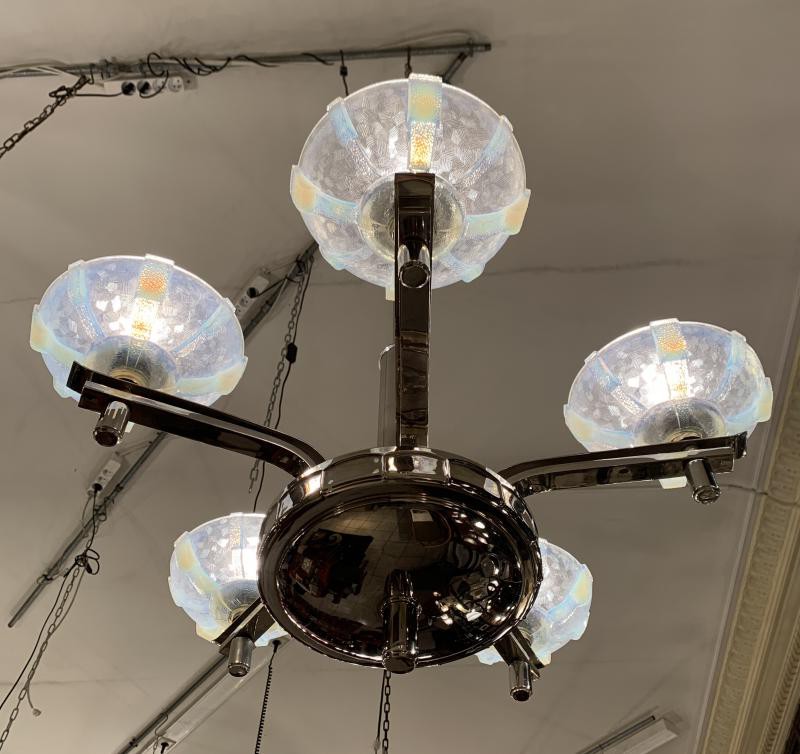 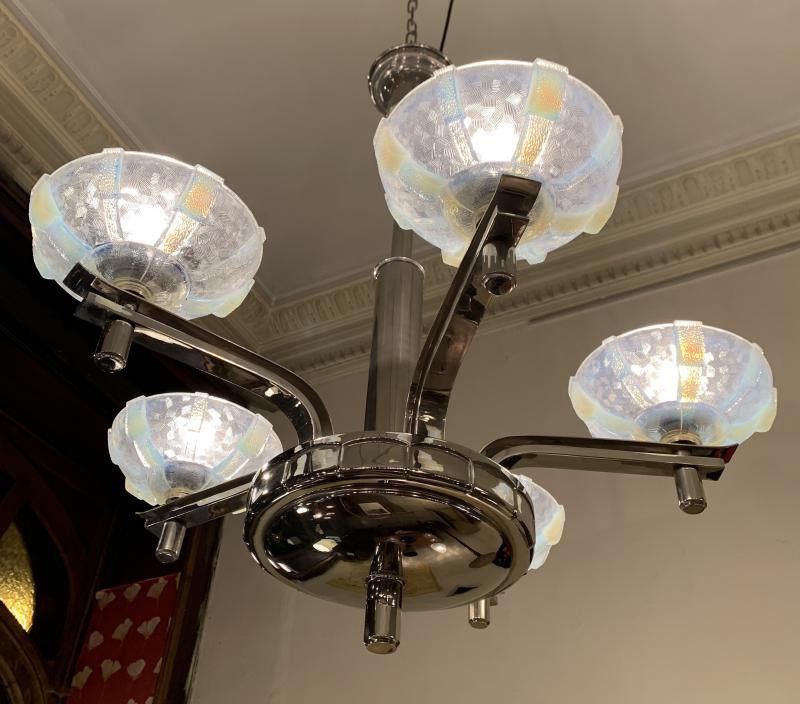 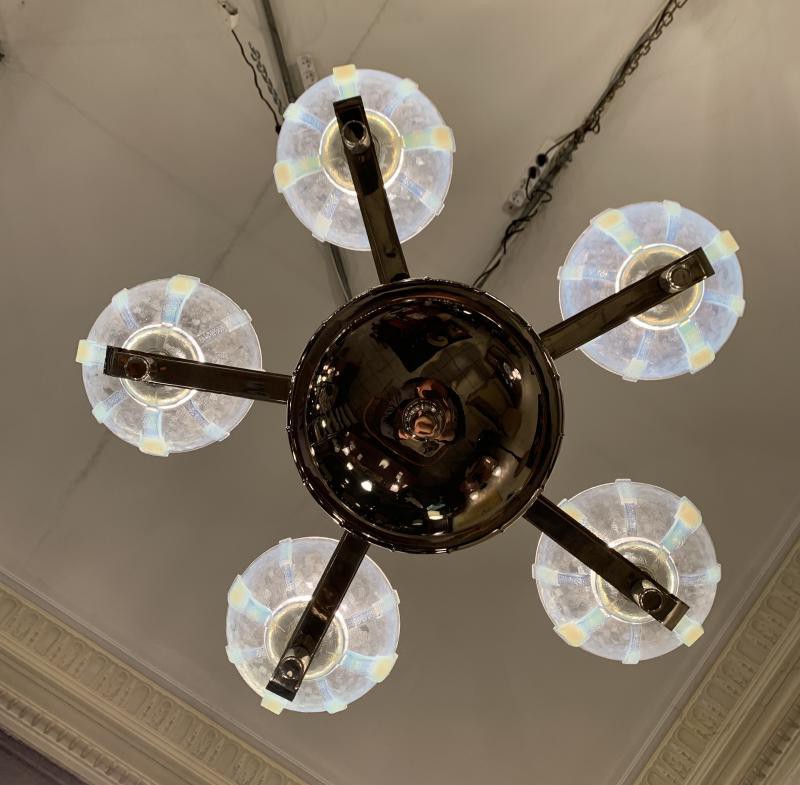 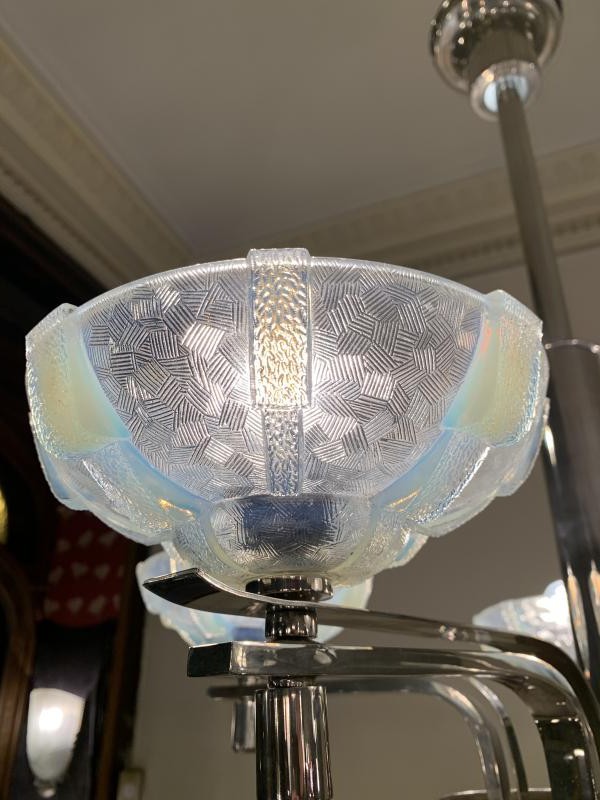 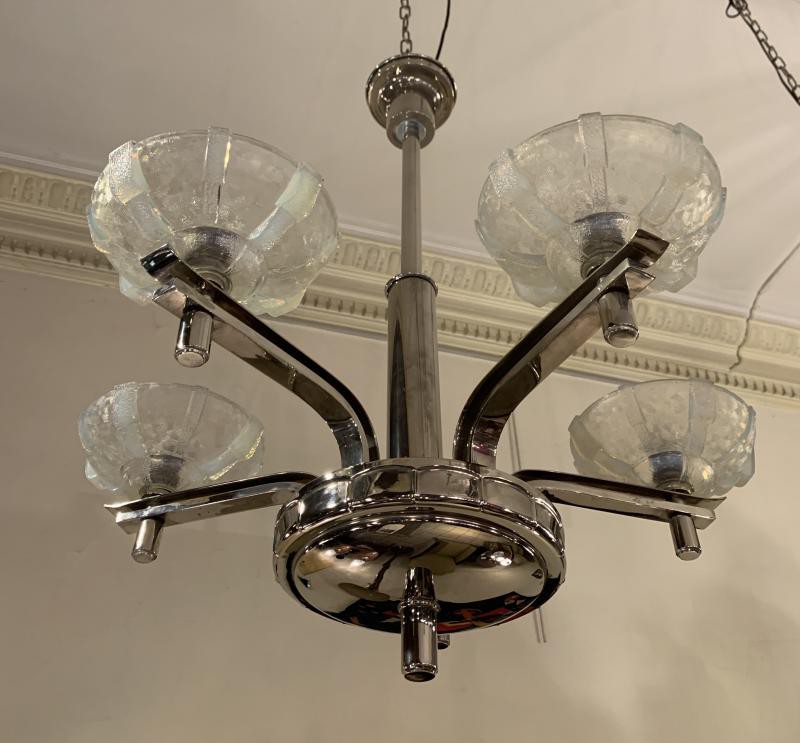 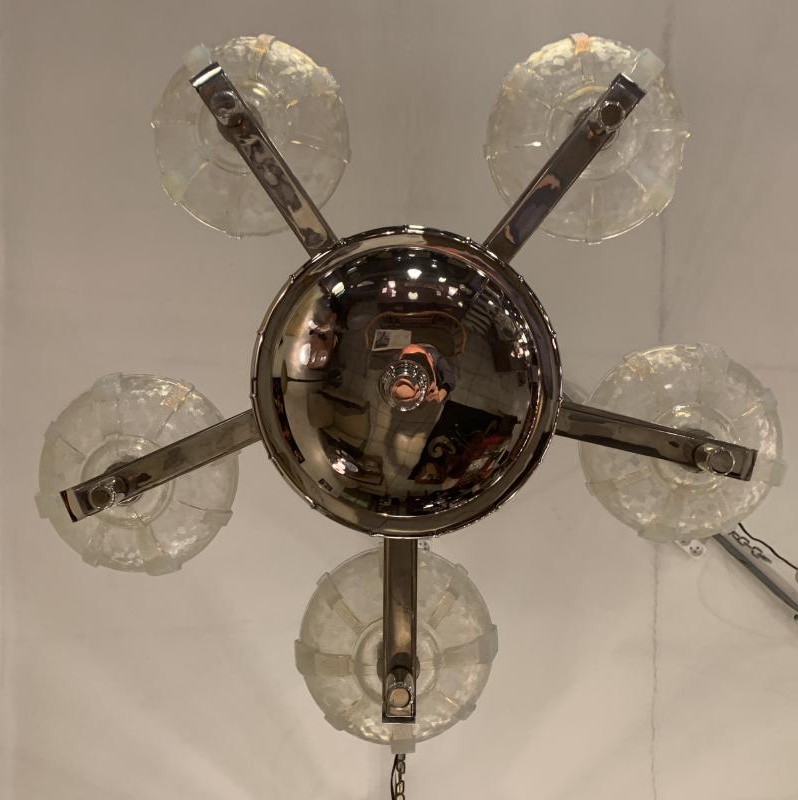 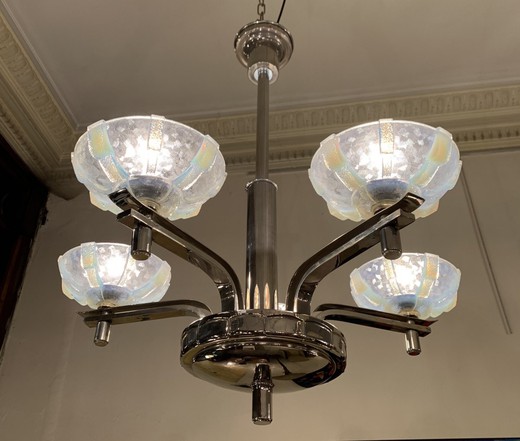 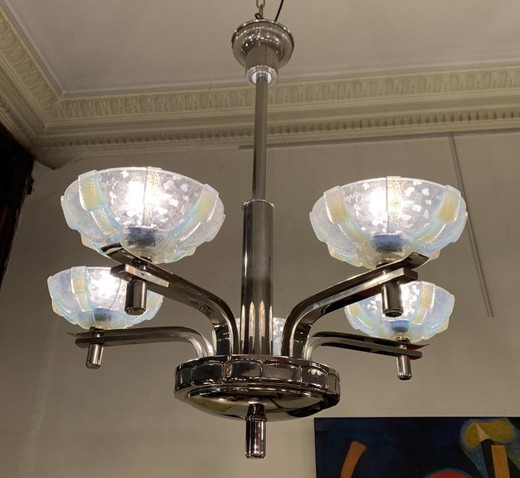 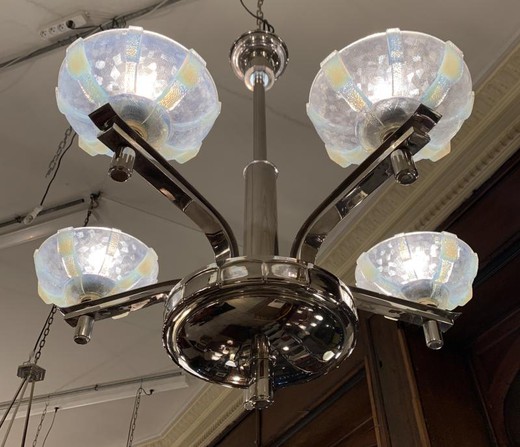 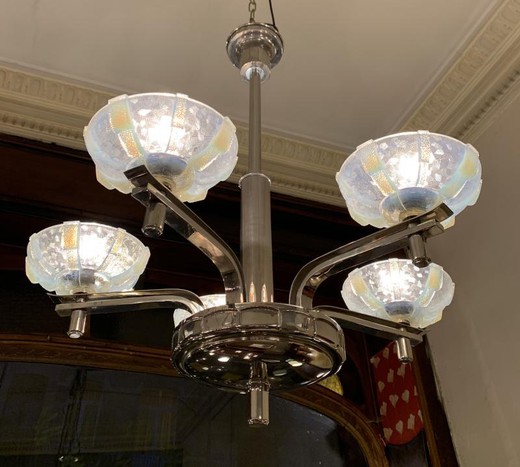 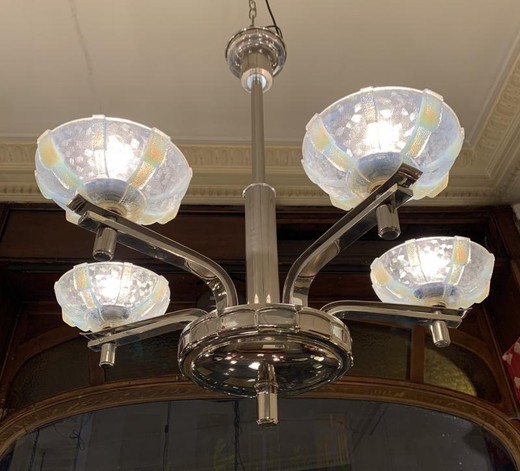 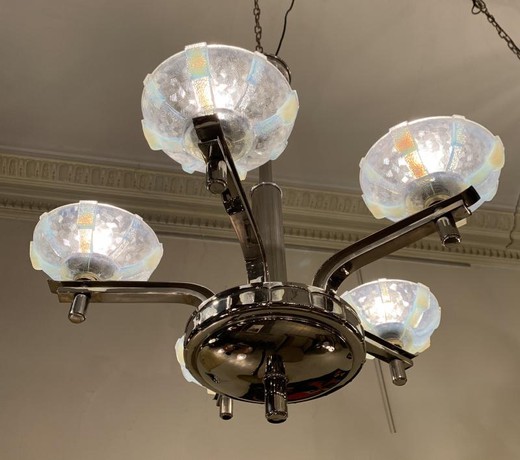 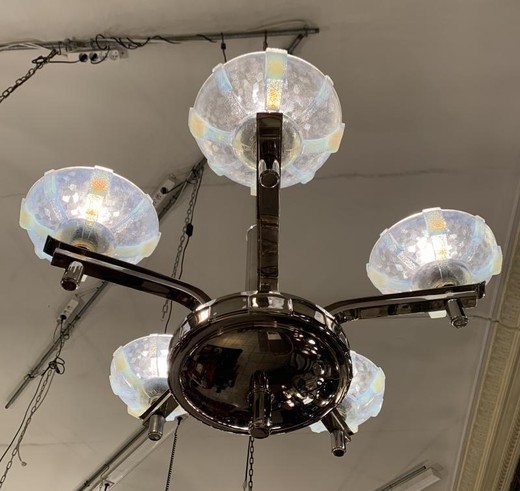 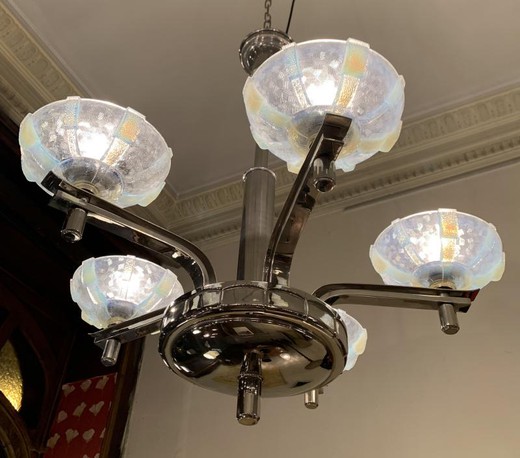 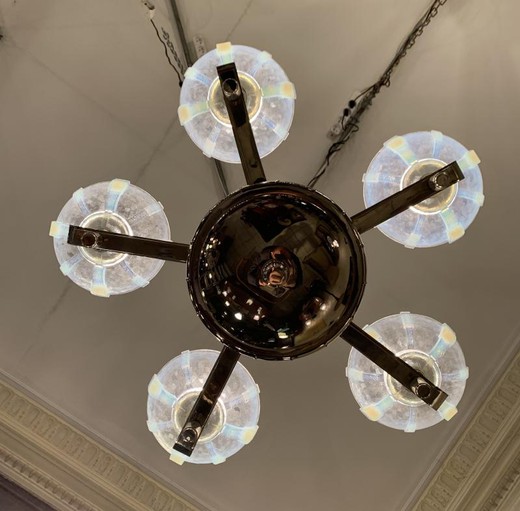 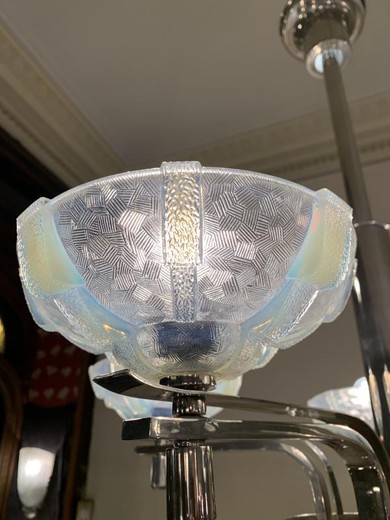 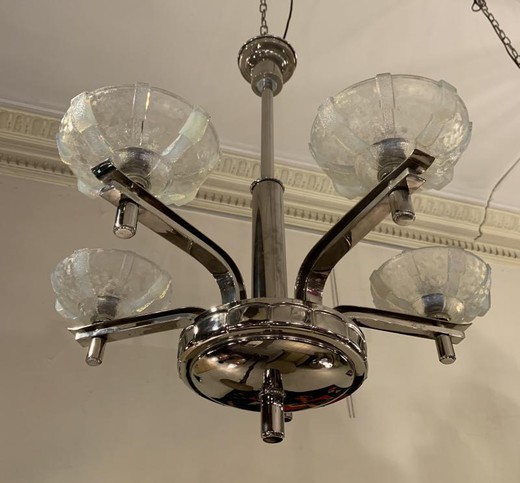 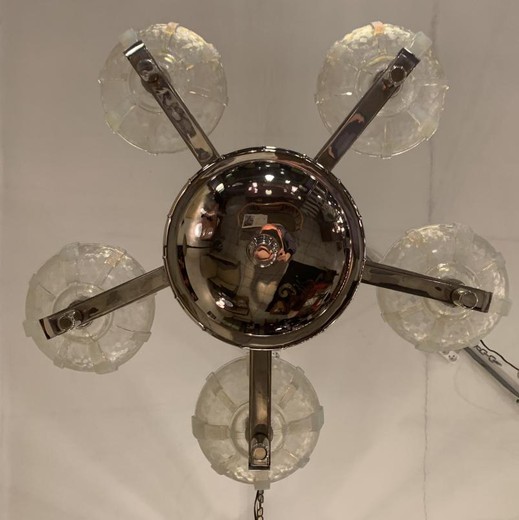 Antique chandelier in Art Deco style. Made of nickel-plated bronze. Shades are made of opalescent glass. France, 1930s

The chandelier was made in the Petitot workshop, famous all over the world. It all started in 1878, when the bronzer Antonin Petito founded his own workshop in Paris. In the near future after the founding, the workshop's lamps were sold to Europe and the United States. Antonin's son Henri inherited the studio in 1917. Along with Ethier and Vincent, Petito's studio in the 1930s became the largest manufacturer of exclusive French Art Deco lighting products.