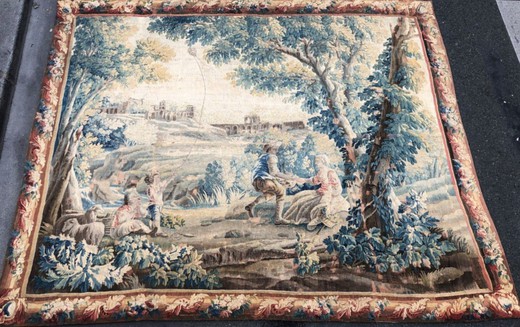 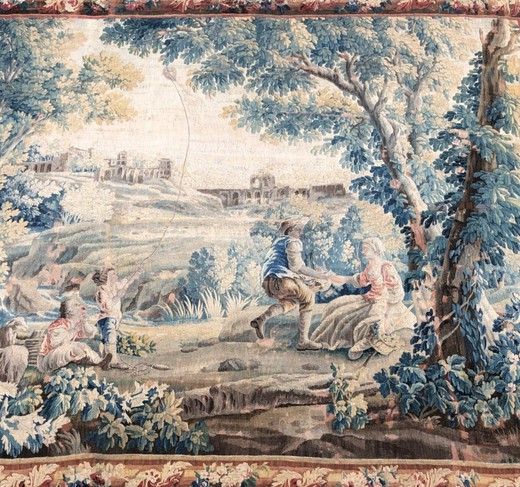 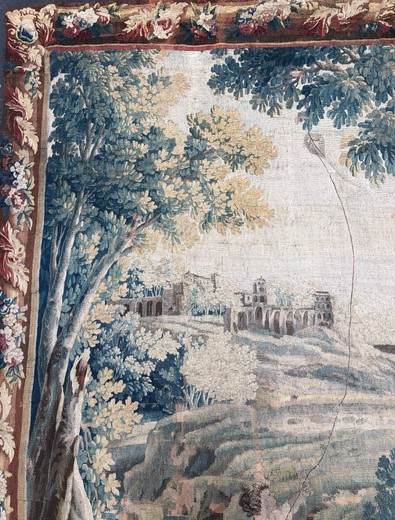 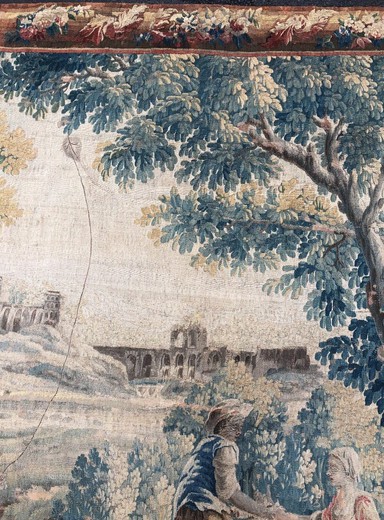 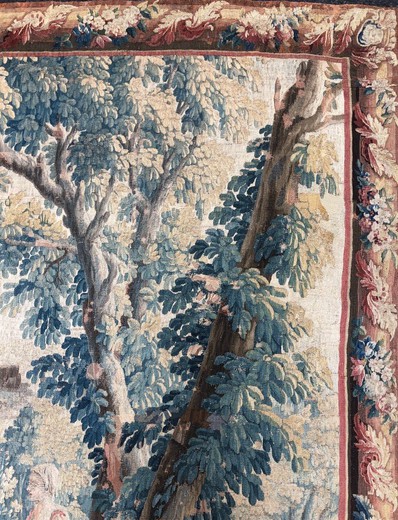 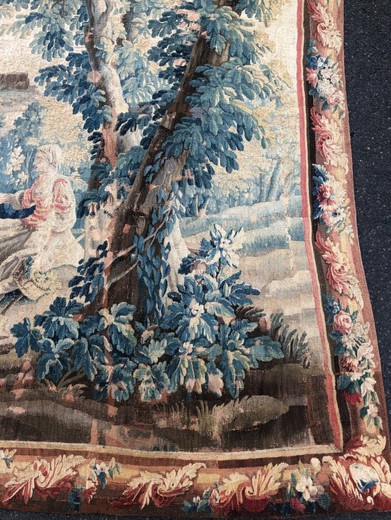 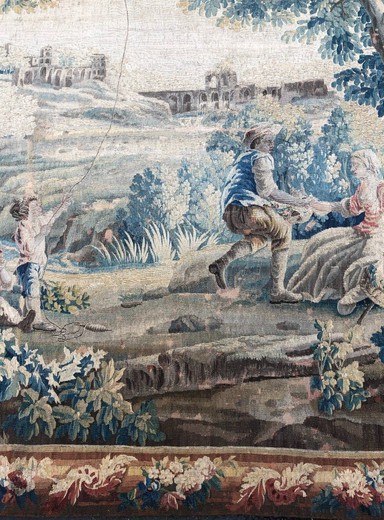 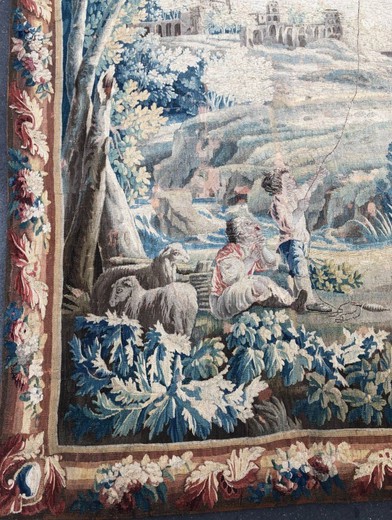 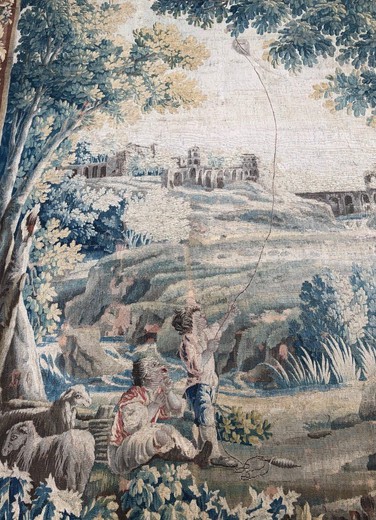 Antique tapestry "Children" in the style of Louis XV. Crafted from wool and silk by the Royal Aubusson Manufactory. The drawing on the tapestry depicts children playing with a kite based on a painting by the French painter Jean Baptiste Hue. France, XVIII century.

Aubusson's carpets, tapestries and tapestries have been known since the Middle Ages. The first mention of carpet weaving in this area dates back to the VIII century, and in the Renaissance, in 1665, as a result of the unification of the workshops of Aubusson and Felleten, the Royal Tapestry Manufactory appeared - an enterprise that glorified the production of carpets all over the world. Mythological and biblical subjects, romantic and pastoral scenes were the main themes of the images. At the time of the Louis in France, the products of the manufactory were highly valued, because carpets and tapestries were a symbol of luxury and were an obligatory part of the interior of the royal chambers. Today, Aubusson's carpets and tapestries can be found in museums and private collections. 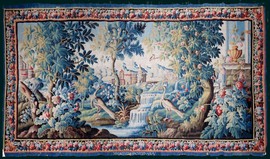 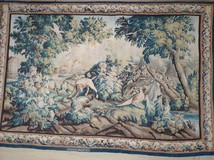 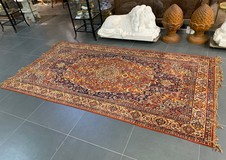 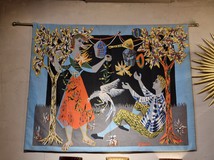 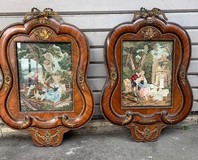