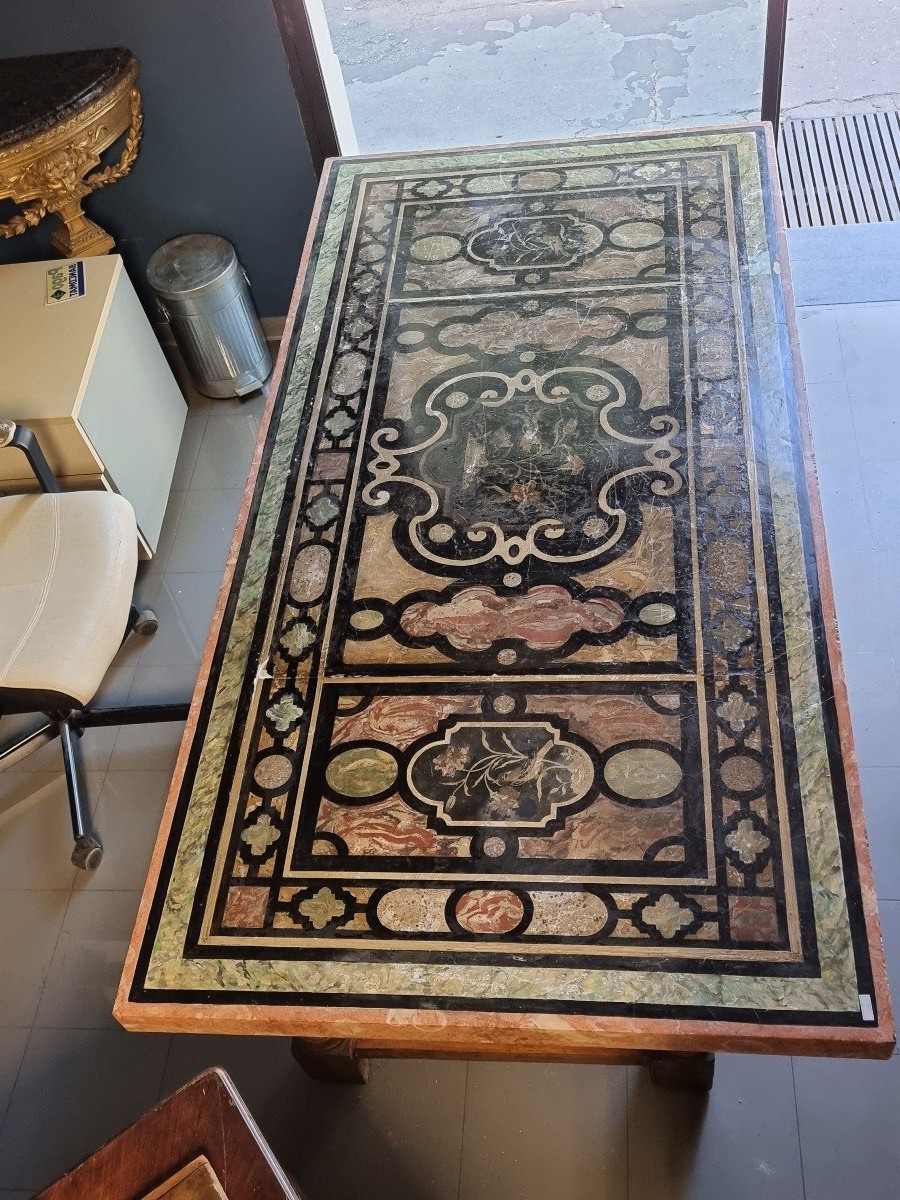 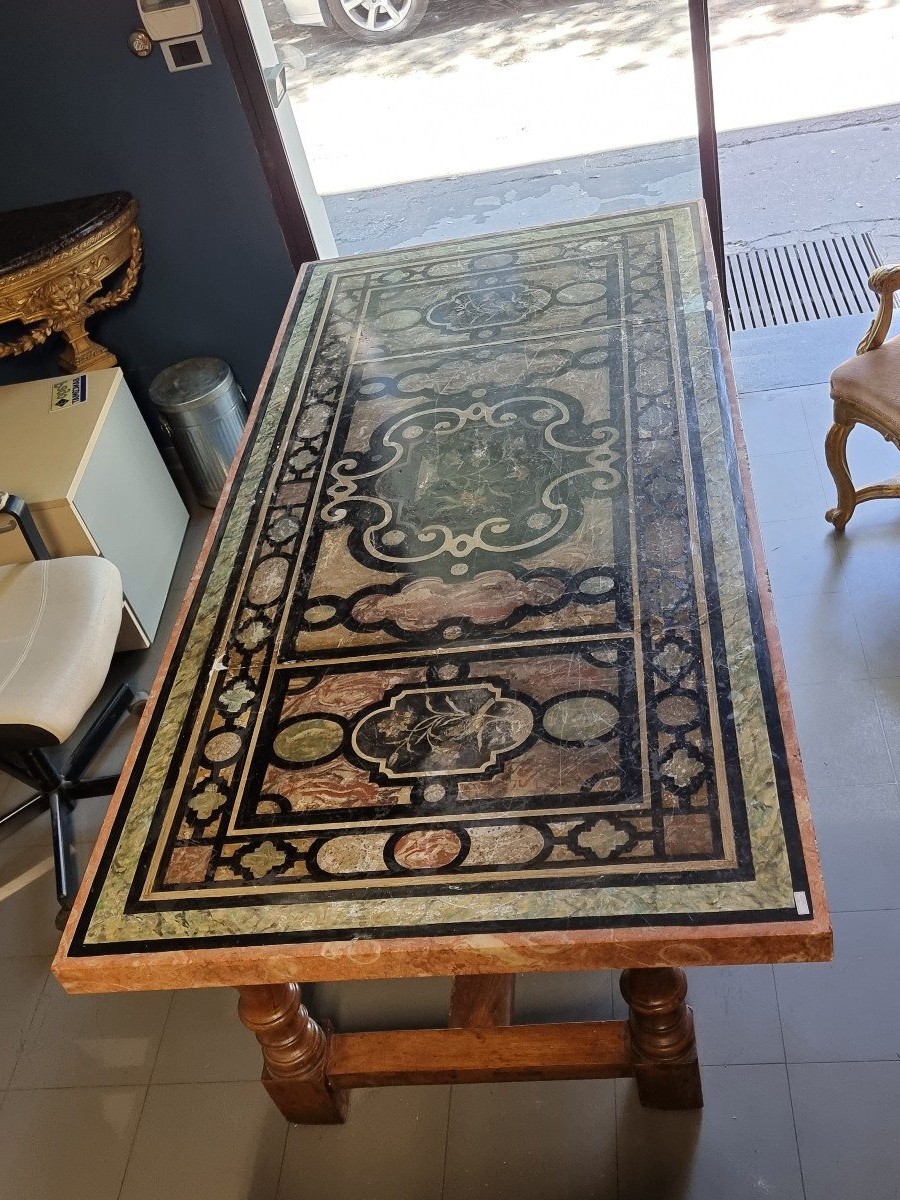 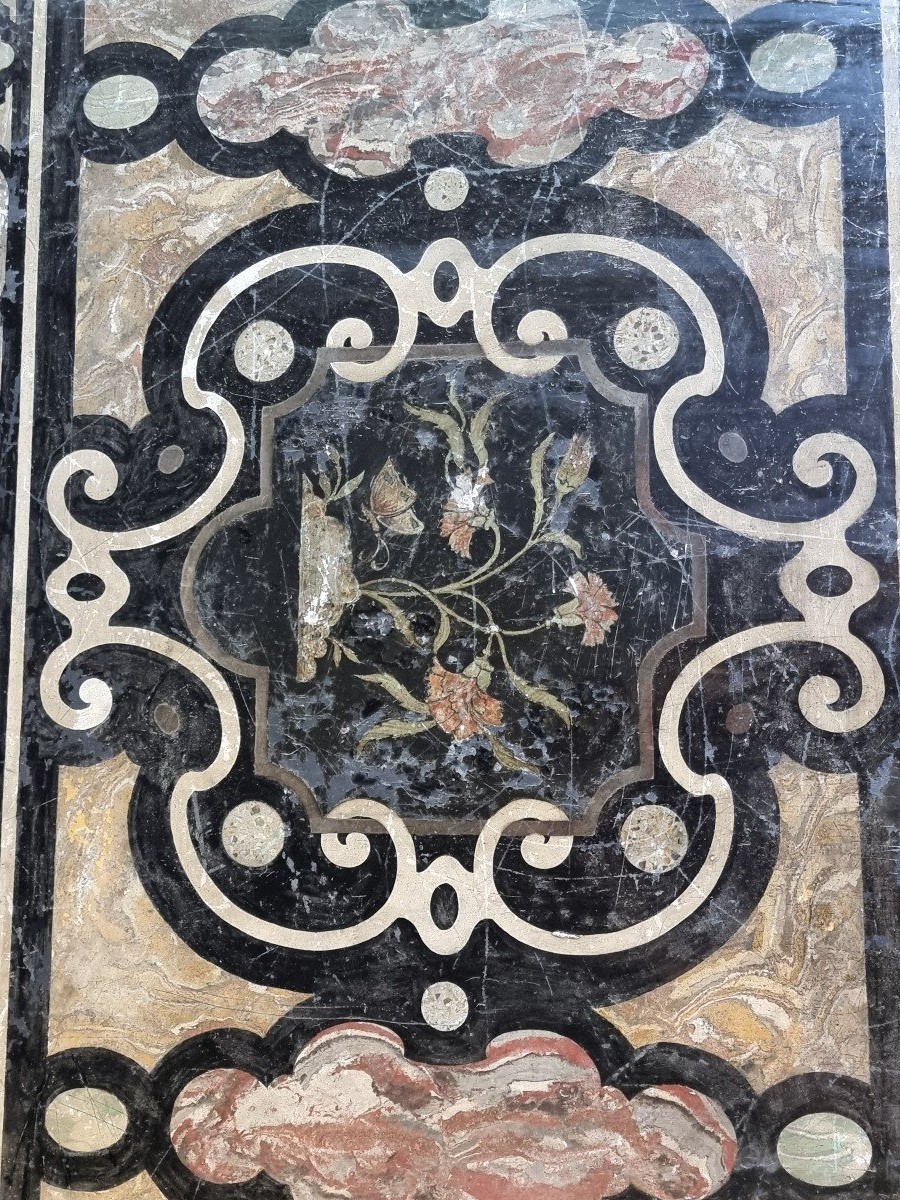 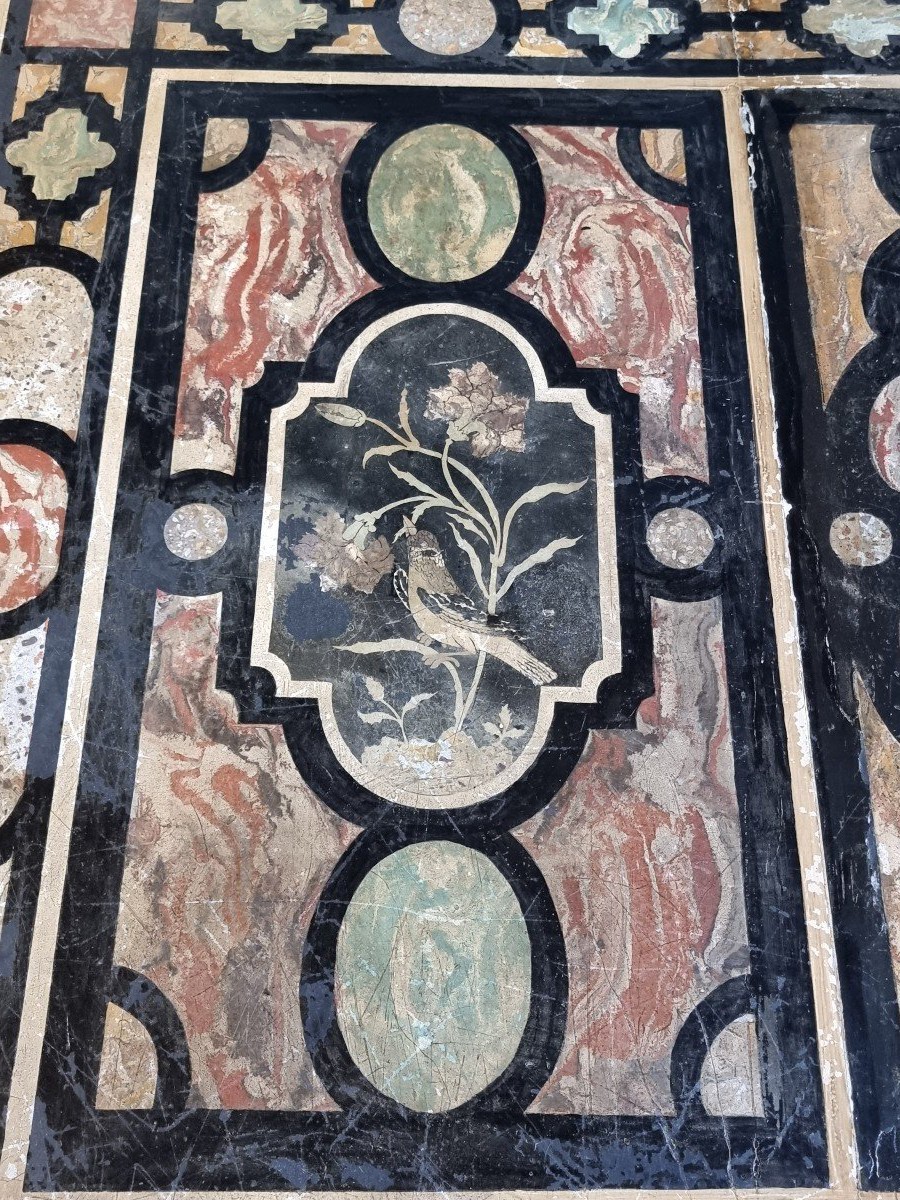 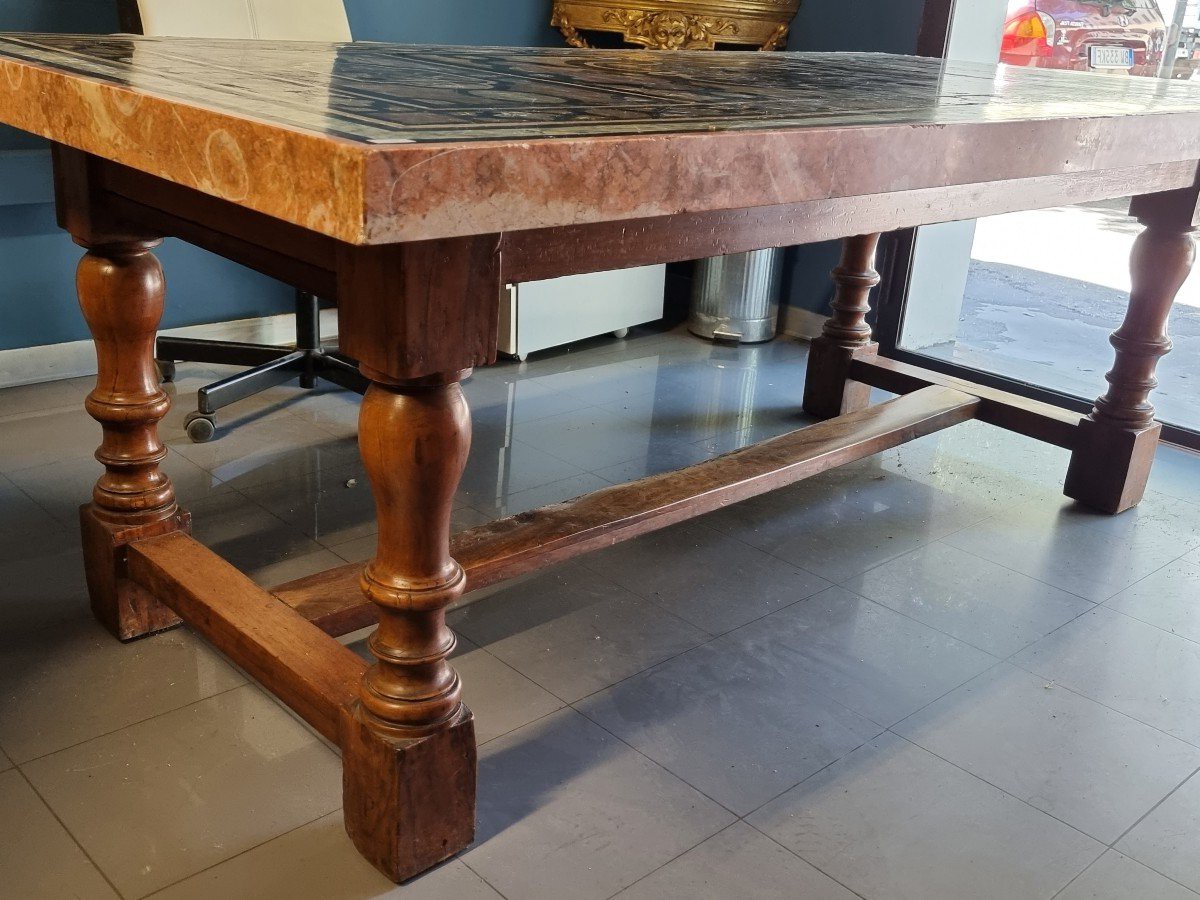 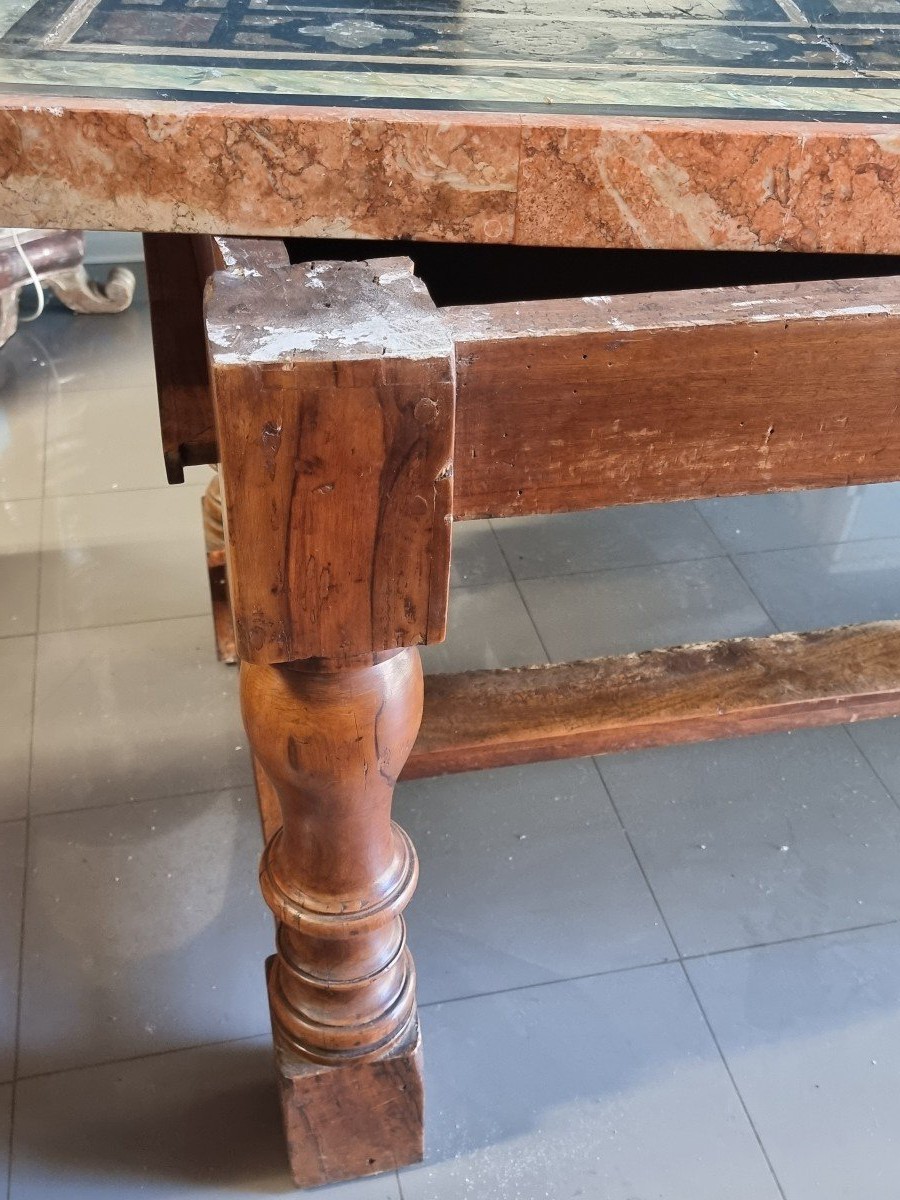 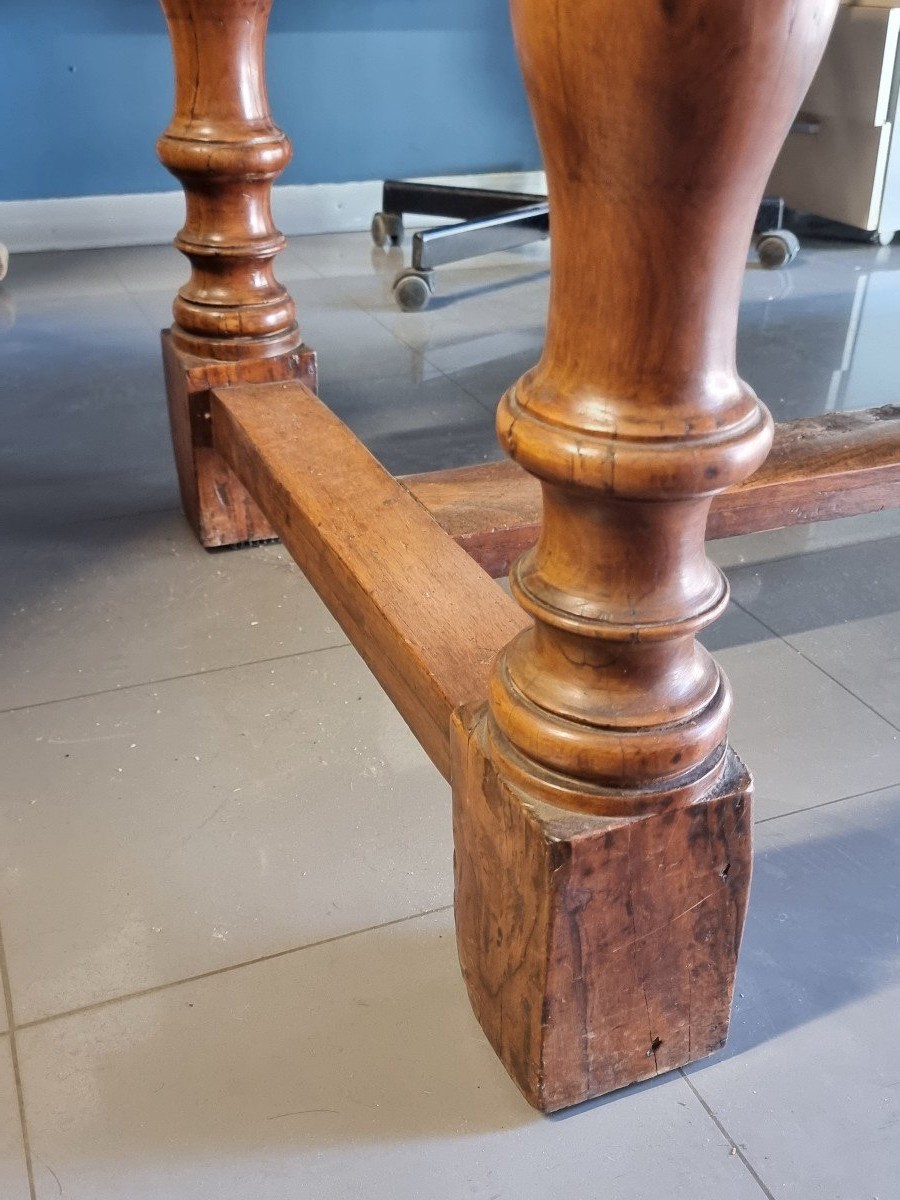 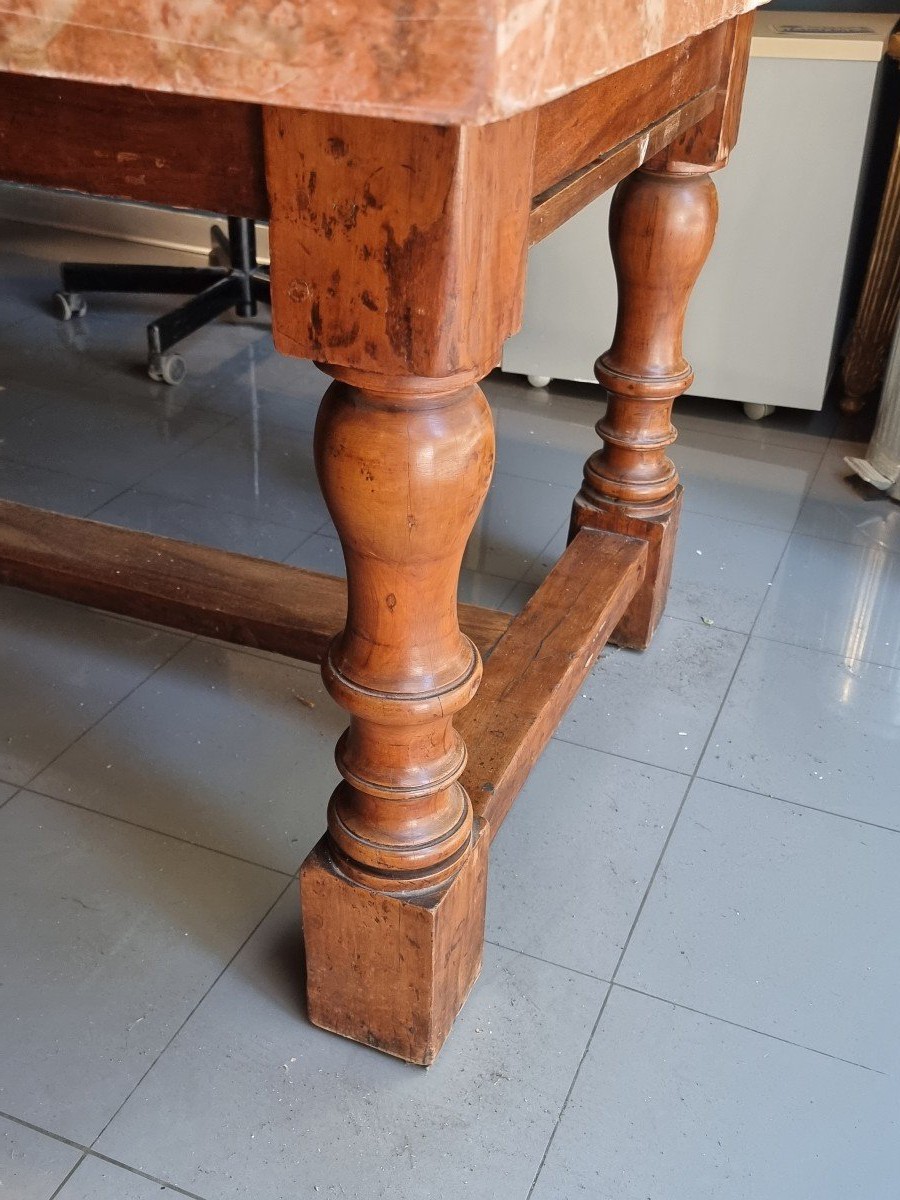 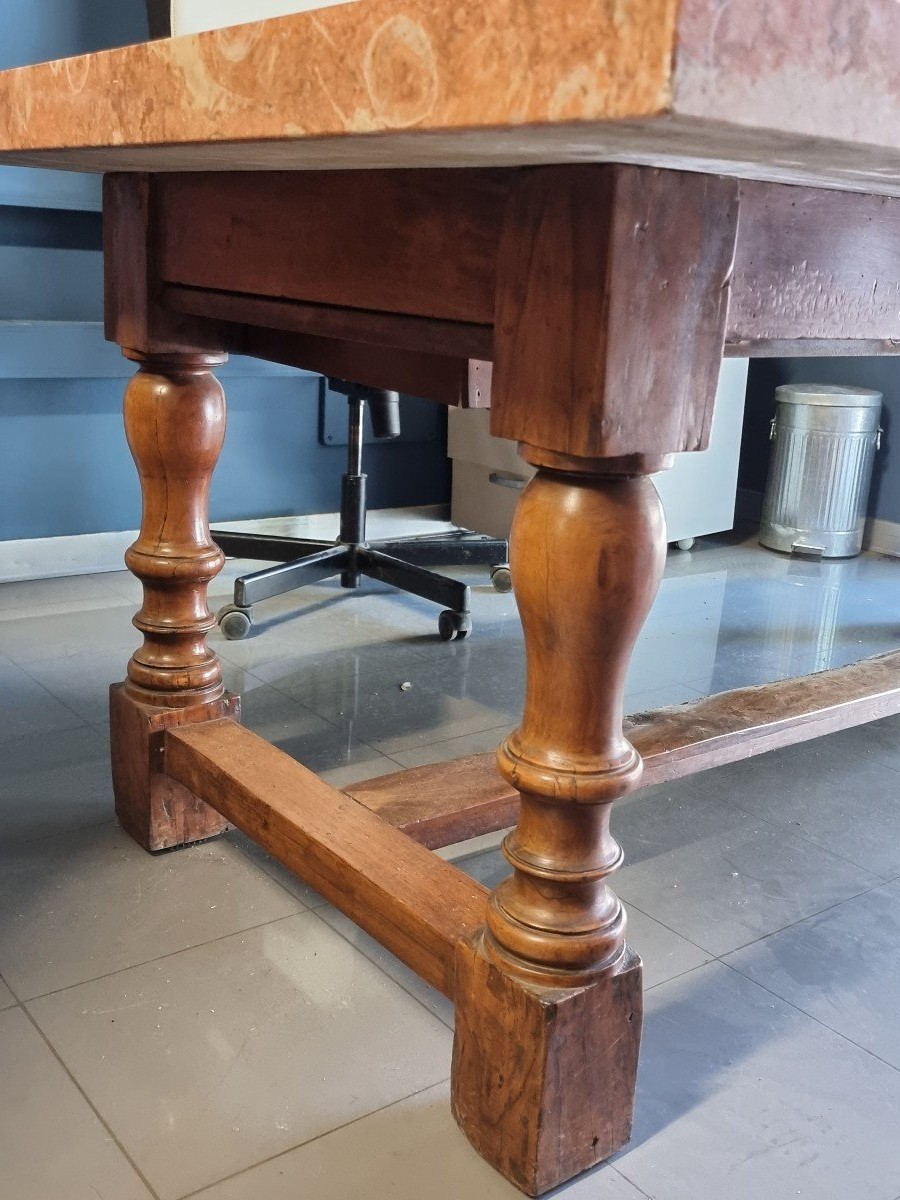 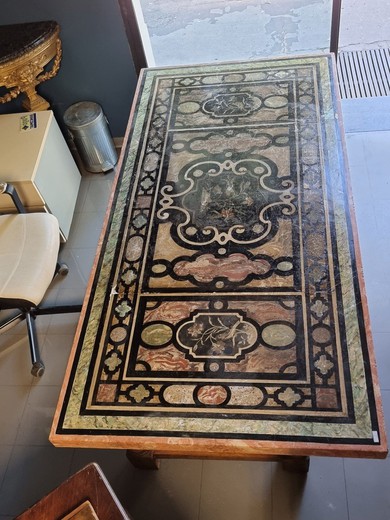 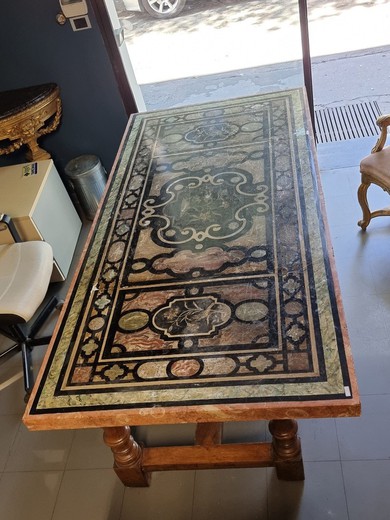 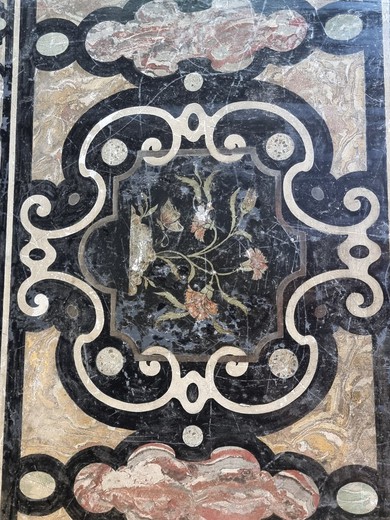 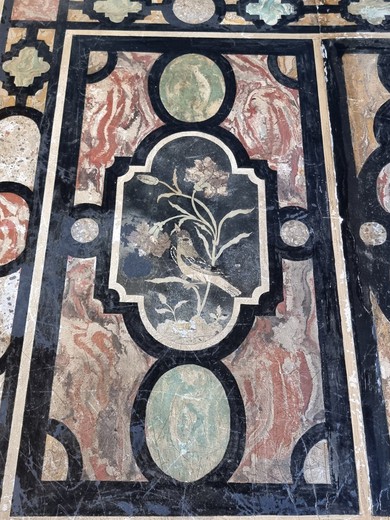 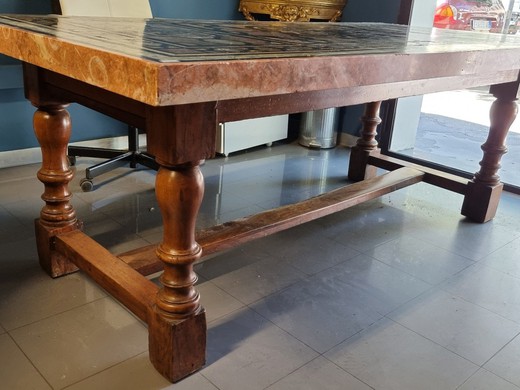 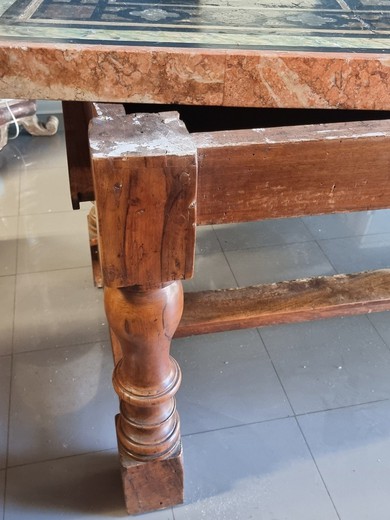 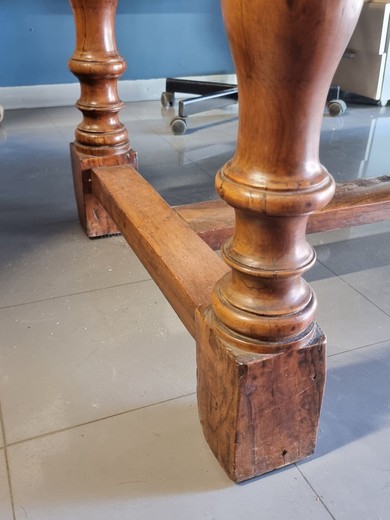 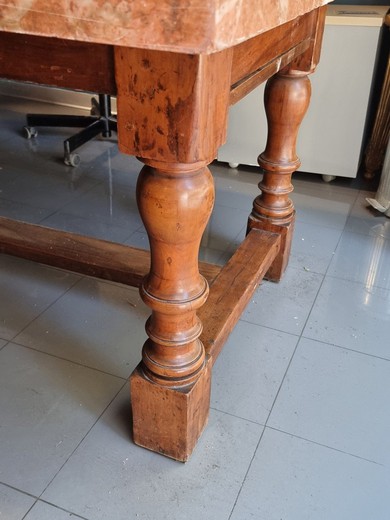 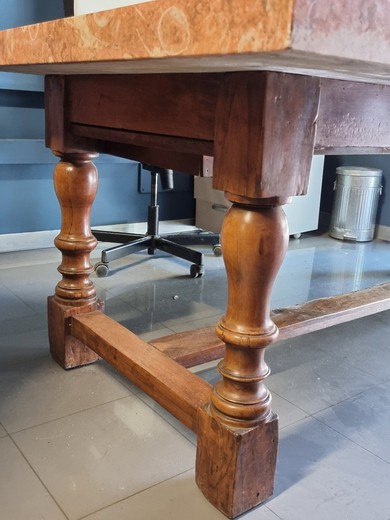 Antique table with a top made using the Scagliola technique. The table top is a real work of art, decorated in the style of the Florentine Pietra dura mosaic. The grand tabletop is balanced by a minimalistic underframe with pillar-shaped legs and cut-through without unnecessary decor. Italy, Bologna, 17th century.

The name of the scagliola technique comes from the Italian word "scaglia", which translates as "scale" or "shining shard of stone". The very principle of this unusual technique appeared in the days of antiquity. But later the scaliola was forgotten for many centuries and found a second birth only during the reign of the Medici family. It is believed that the scaliola was developed and popularized for the second time by the master Guido Fassi at the turn of the 16th-17th centuries. At that time, paintings, tabletops, canvases, panels and boxes decorated using the scaliola technique were popular. Most often, using the scaliola technique, the craftsmen tried to approach the level of the Pietra dura mosaic.