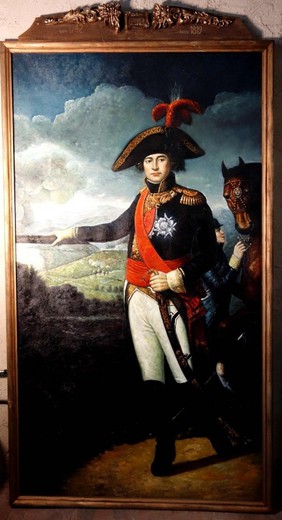 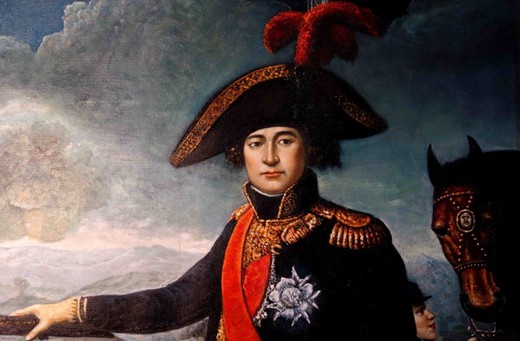 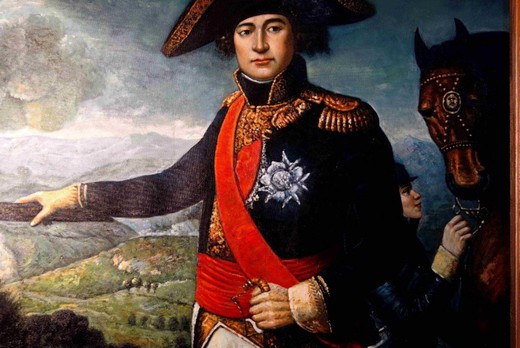 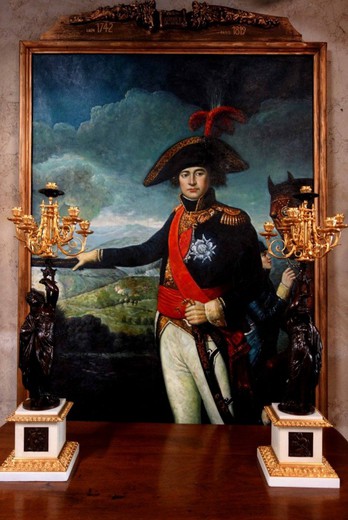 Antique painting "Marshal Serurier". Canvas, oil. The canvas is exhibited in a wooden frame with gilding. The top of the frame is decorated with floral ornaments and engraved with the years of life of the Marshal of France - Jean Mathieu Philibert Serurier. France, XX century.The painting is based on the work of the famous artist - Jean-Louis-Laneville, which is kept in the Museum of the History of France. Comes from the Prat castle, built in the XIII century in Ariege.Jean Mathieu Philibert Serurier (1742-1819) - French military leader, Marshal of Napoleon Bonaparte. Thanks to his courage, courage and decency in hostilities, when Serurier refused to take part in the plunder of the conquered territories, Napoleon was always very supportive of this commander. Taking part in the Italian campaign of 1799, he was surrounded by Russian troops and taken prisoner. Suvorov paid special attention to the captive Serurier and soon released him on his word of honor. Serurier was Bonaparte's main supporter during the coup d'état in France, when the Directory was overthrown and the Consulate headed by Napoleon was installed. After that, he made a dizzying career - he was introduced to the State Council, was appointed vice president of the Senate, and took the honorary post of governor of the House of Invalids. In 1804, during the coronation of Napoleon, Serurier carried the golden ring of the Empress Josephine. After the defeat of the French army near Paris in 1814, Serurier personally ordered the burning of all captured banners ever captured by the French in numerous wars. He was buried in the Pere Lachaise cemetery, but later reburied in the House of Invalids.