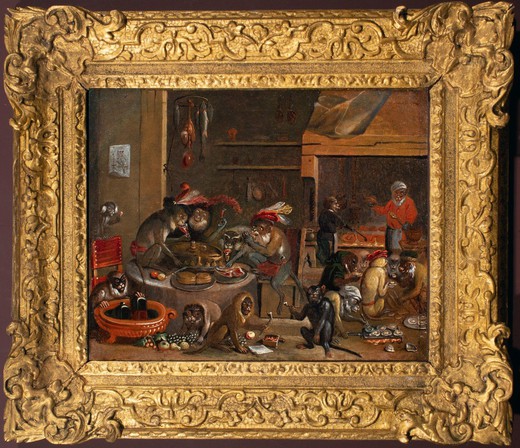 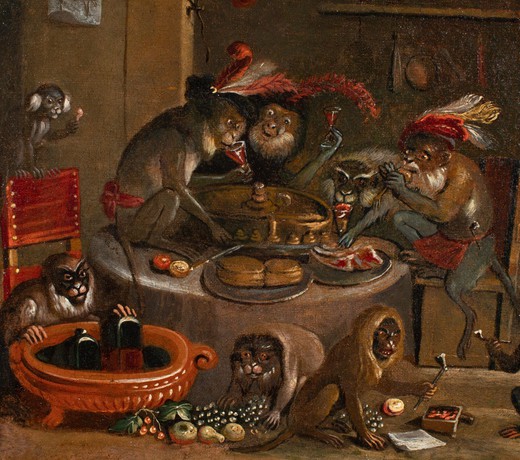 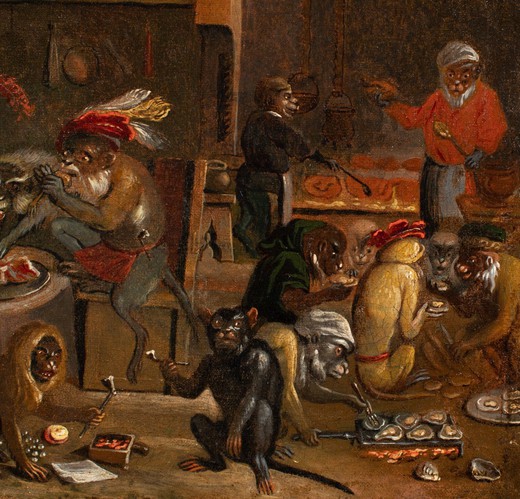 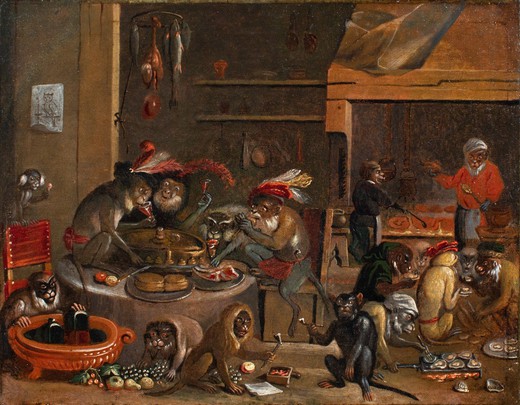 Antique painting "Banquet of monkeys". Canvas, oil. The frame is gilded wood. This painting was performed by a follower of the famous Belgian artist David Teniers the Younger. This work is considered an homage to the master. The artist who painted this old canvas repeated the manner and characteristic plot, but changed the details of the picture. The original hangs in the Prado Museum in Madrid. In his work, the author of this canvas also makes fun of the vices of society, presenting monkeys in the form of people.

David Teniers is considered one of the most famous artists describing the life of peasants in the 17th century. He enjoyed international popularity during his lifetime and later, in the 18th century, especially in France.In 1632-3 Teniers became master of the guild of Saint Luke in Antwerp. By 1649, he was probably already working for the King of Spain, as well as for Prince William of Orange and the Governor of the Netherlands, Archduke Leopold Wilhelm. In 1651 Teniers moved to Brussels, where Archduke Leopold became his main employer. In 1680 he was given the nobility. The Archduke put together a famous collection of paintings, which became the nucleus of the Vienna Museum of History and Art. The Teniers gallery paintings were based on this collection. Today, the canvases of David Teniers the Younger hang in the largest museums in the world, including the Hermitage. 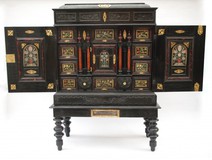 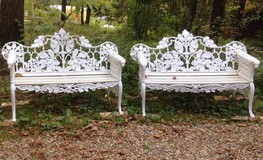 A large sculpture on a pedestal "Hunter with prey"