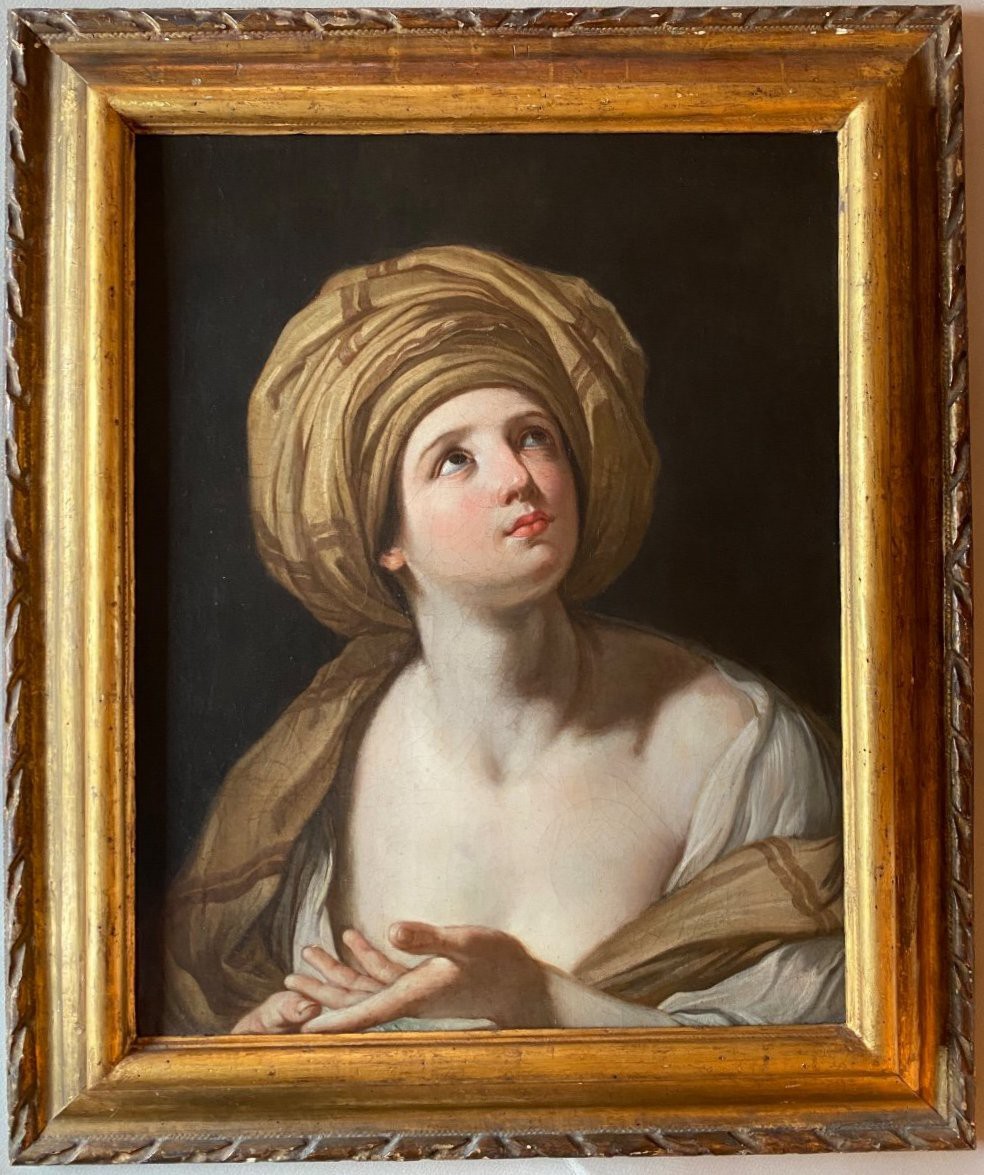 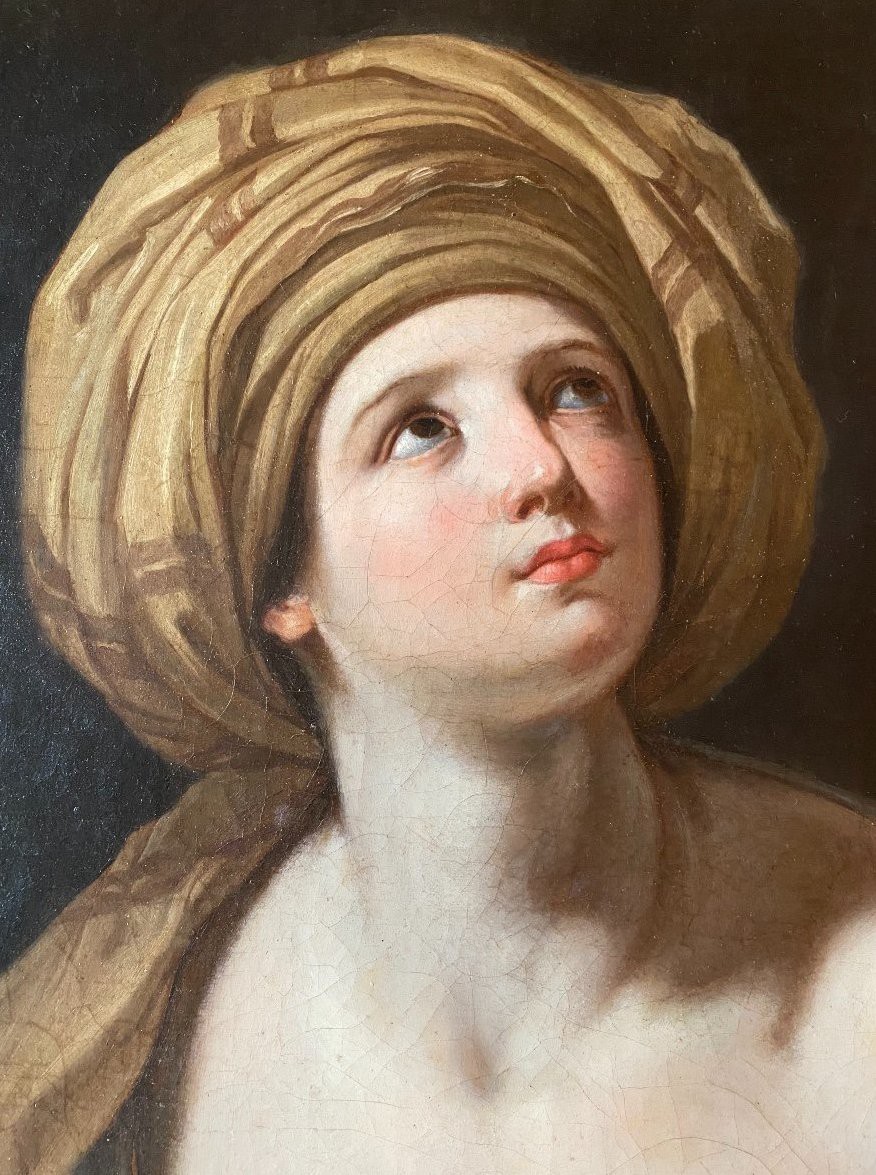 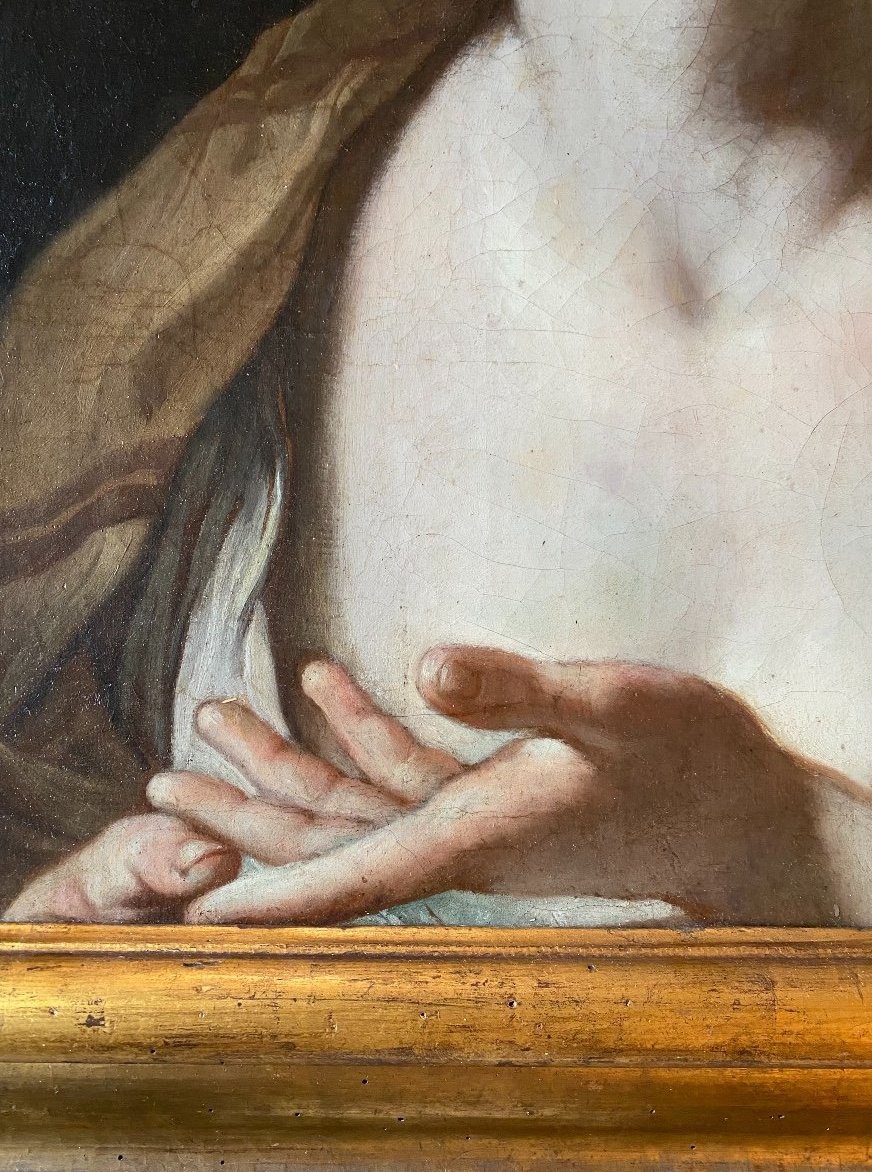 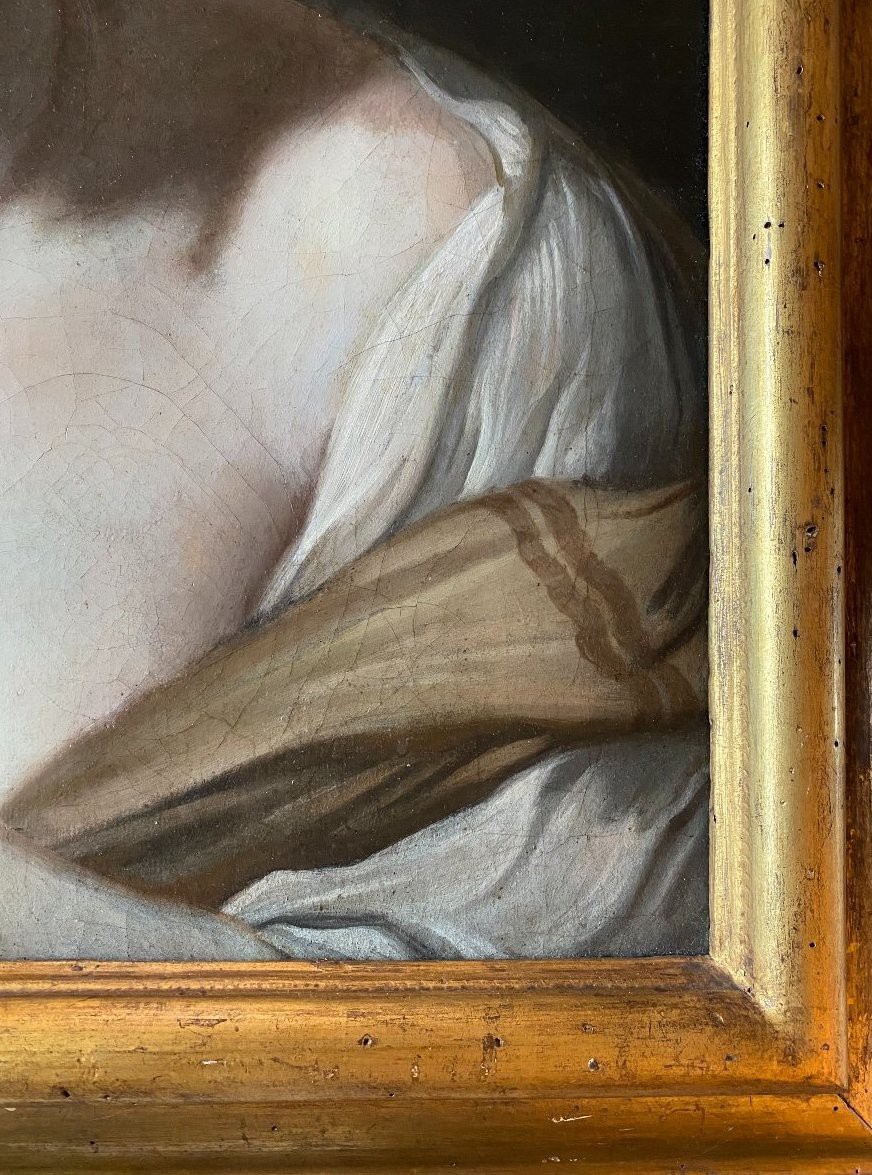 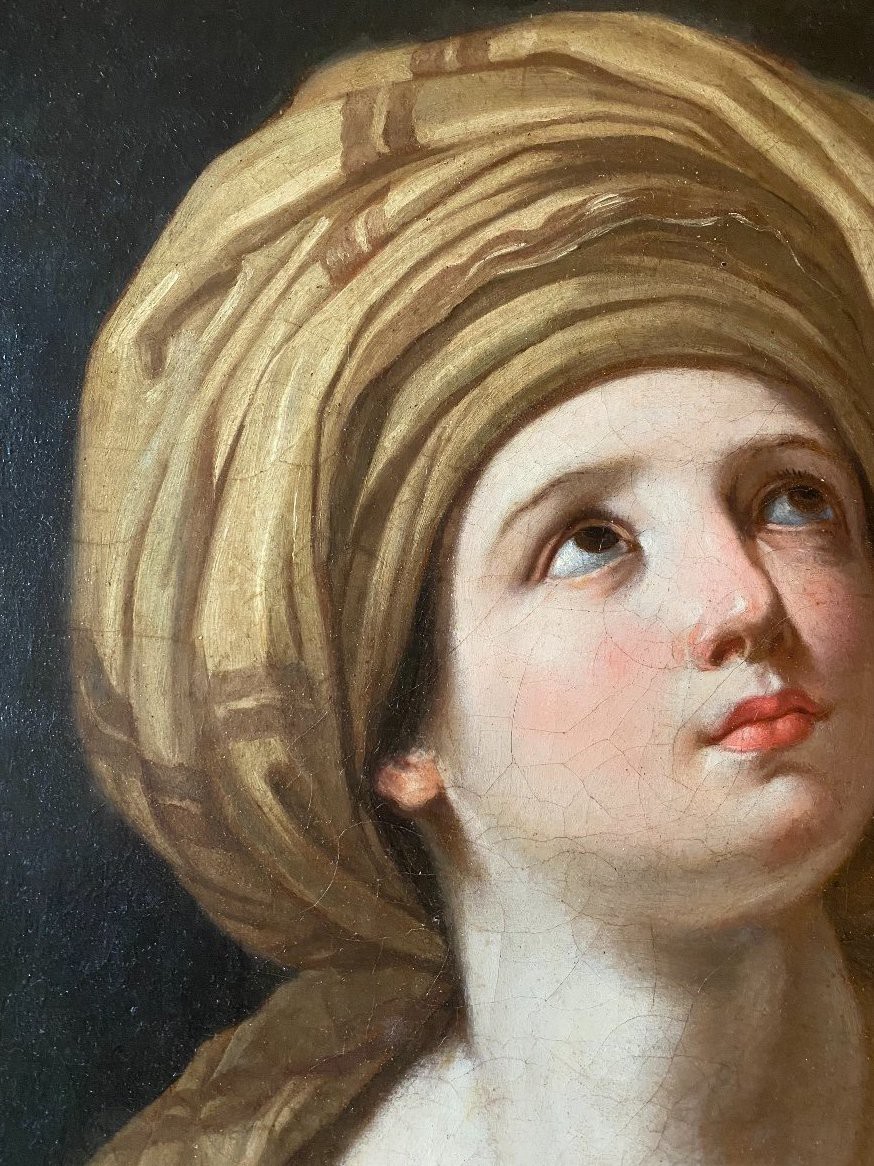 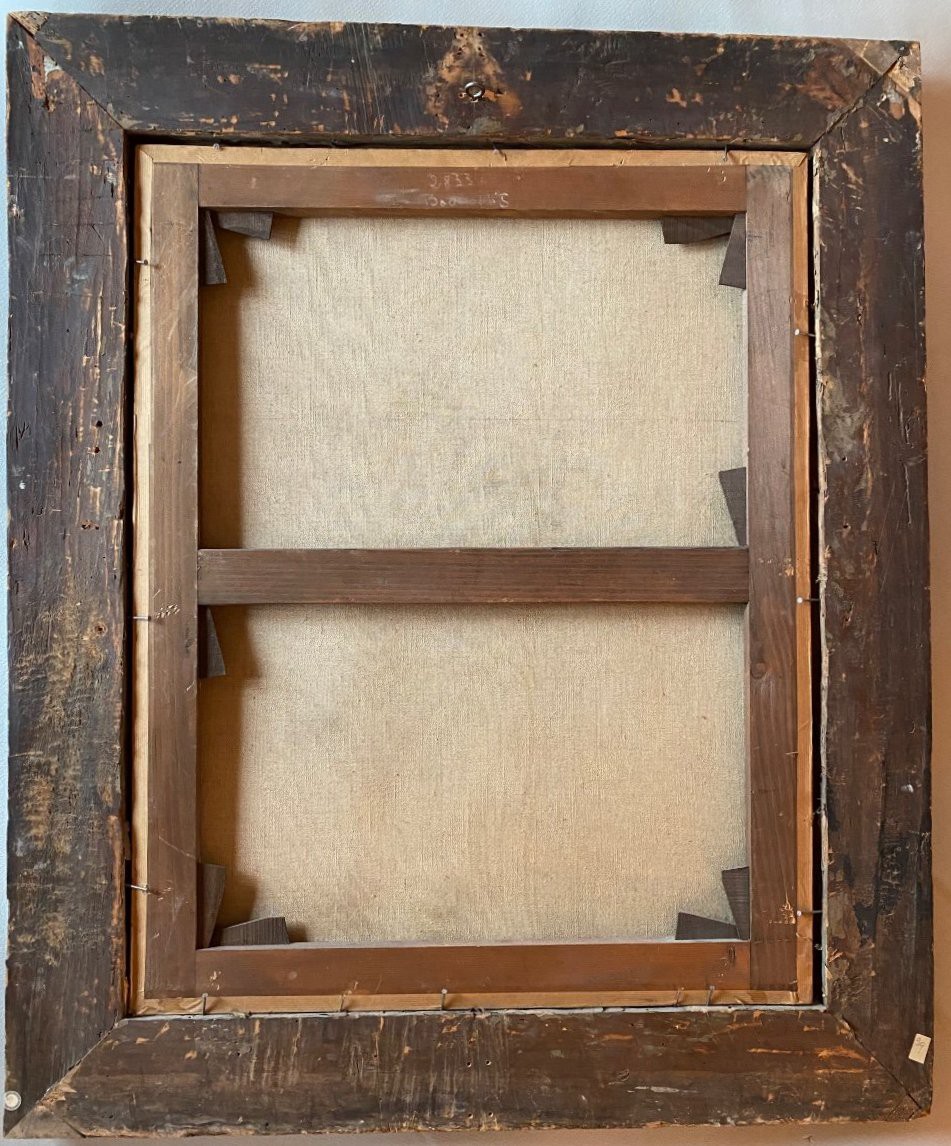 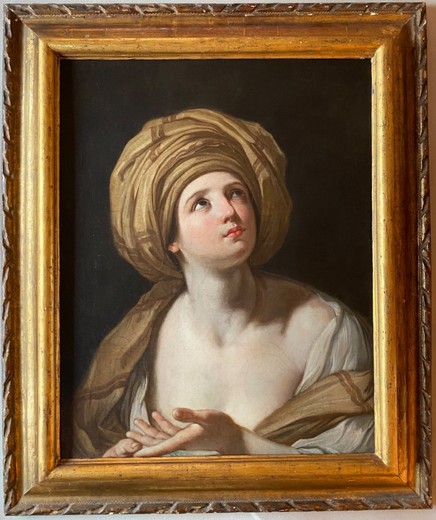 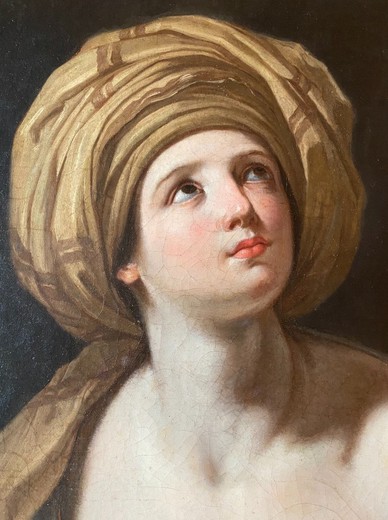 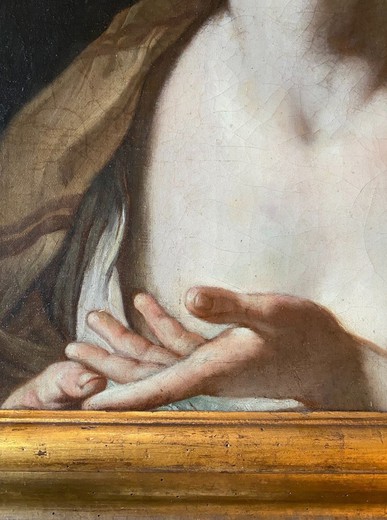 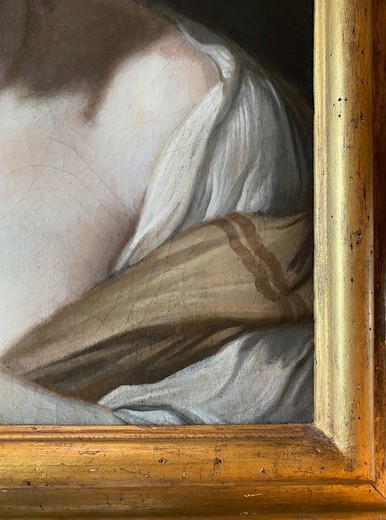 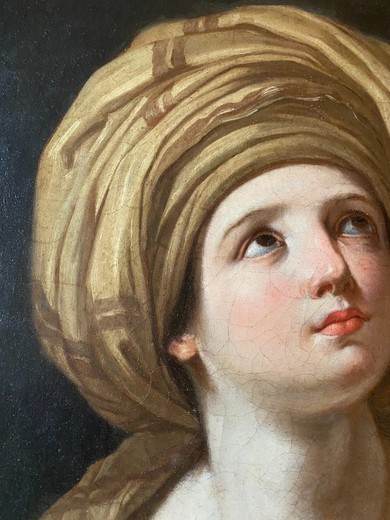 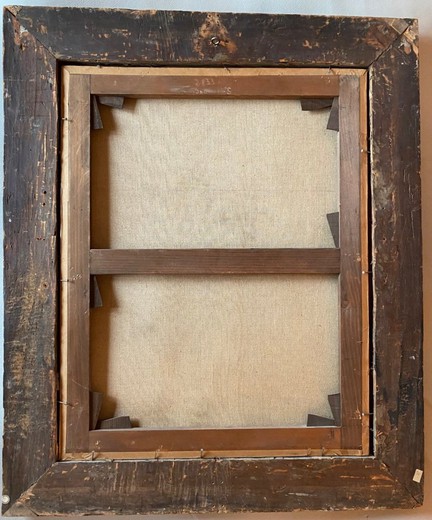 Antique painting "Sibylla". Canvas, oil. Exhibited in a wooden frame with gilding. This work is based on the work of the famous painter Guido Reni. The painting "Sibylla" was created by Reni in 1635-1636 and is kept in the National Pinacoteca of Bologna. Italy, 18th century.

Guido Reni (1575-1642) - Italian artist, a prominent representative of the Bologna school. He was known mainly for religious works and portraits, especially of women. As the only child in a family of musicians, however, he went his own way and at the age of nine entered the apprenticeship of the Flemish painter Denis Calvert. At the age of twenty, he joined a studio headed by Lodovico Carracci. In 1598 Guido leaves his teachers and creates his first engravings dedicated to the visit of Pope Clement VIII to Bologna. Towards the end of 1601, Reni moved to Rome and began work on the frescoes of the Farnese Palace. There he also paints a painting commissioned by Cardinal Borghese "The Crucifixion of St. Peter", which is now in the Vatican. The artist's works are used to decorate many palaces, basilicas and palazzo in Italy. His works are kept in the Louvre, the Prado Gallery in Madrid, the Hermitage, the London National Gallery and many other museums around the world.