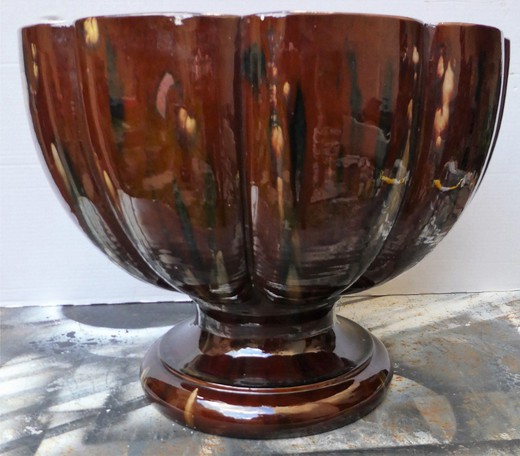 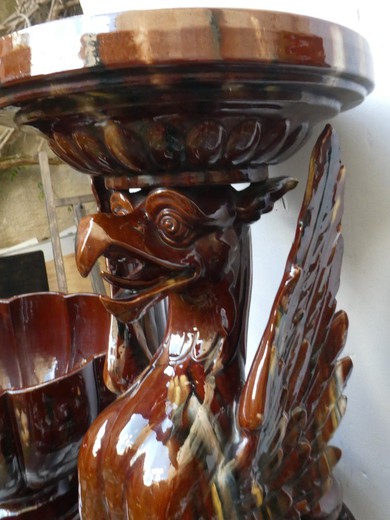 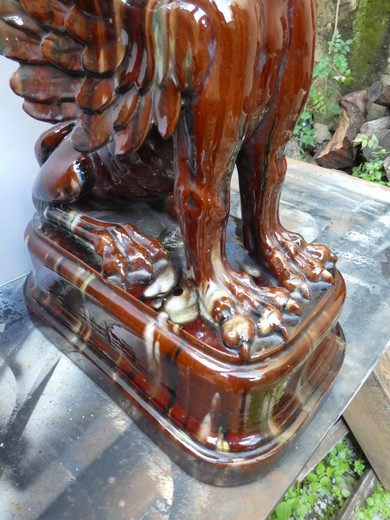 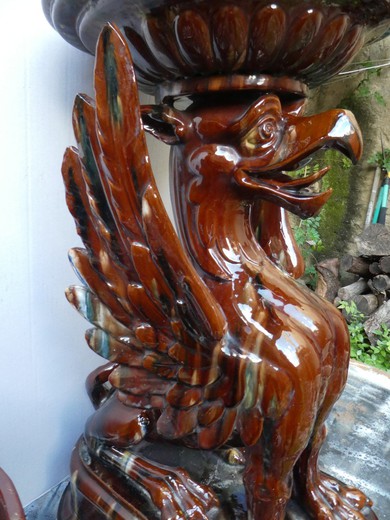 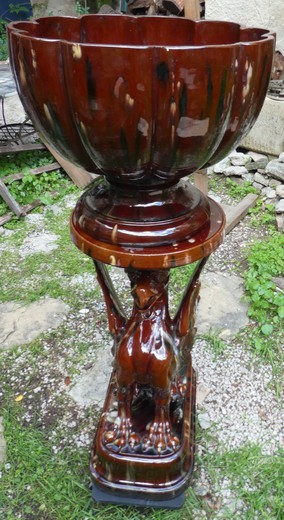 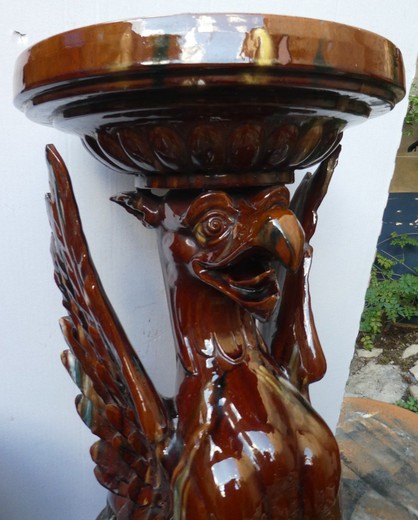 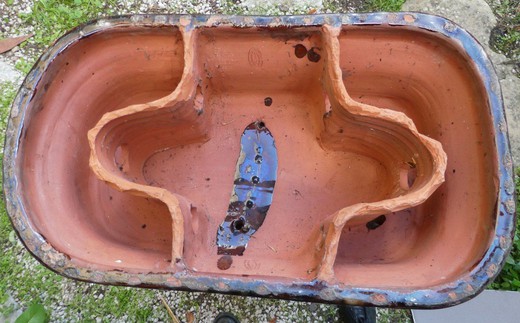 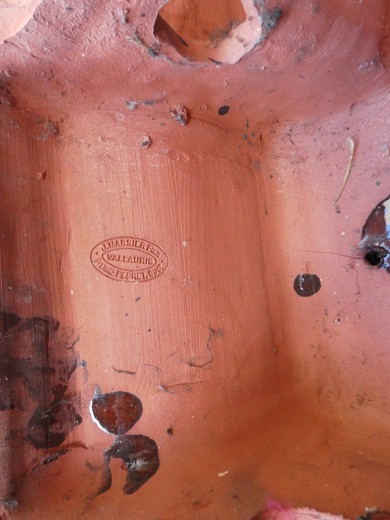 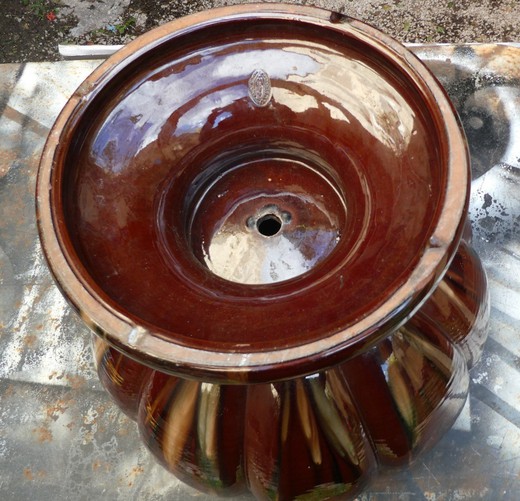 Antique flowerpot. Made of enameled terracotta. The lower column is presented in the form of a mythical creature - a griffon. A very beautiful and rare item in excellent preservation. The column and the flowerpot itself bear the stamp of the manufacture - J. Massier Fils, Perret, Vallauris. France, XIX century.Massiers is a dynasty of ceramists dating back to 1856 in Vallauris. Jacques Massier, together with his son Clement, organized their own business for the production of enameled ceramics. Subsequently, after the death of his father, Clement - a passionate researcher, developed a new type of faience with a metallic iridescence. At the 1889 World's Fair, his turquoise ceramics with a metallic luster won a gold medal. The famous family empire of Massier finally ceased to exist in 1990. 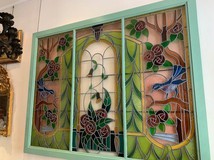 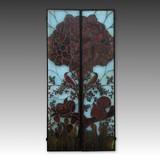