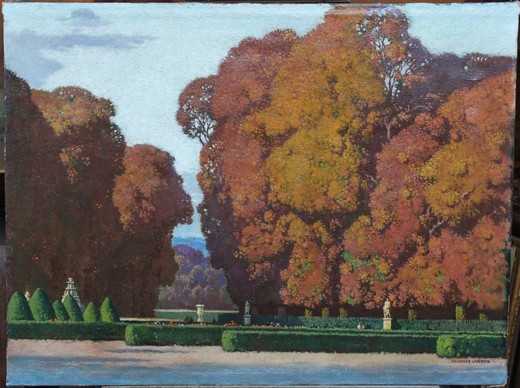 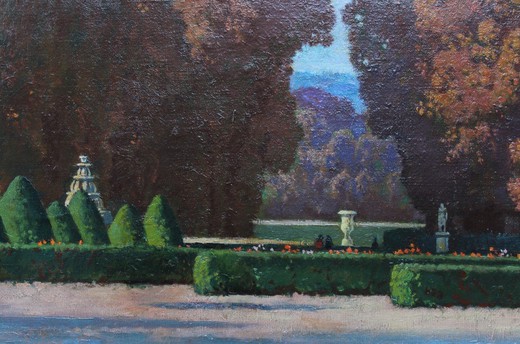 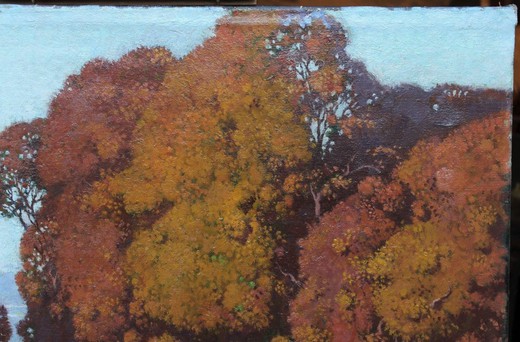 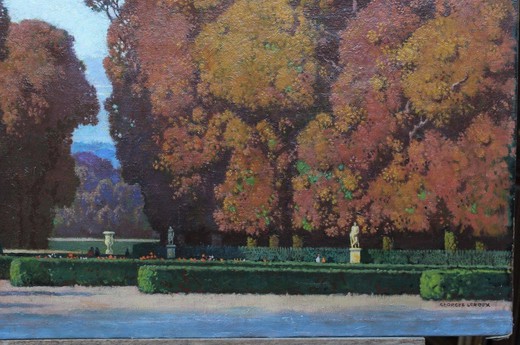 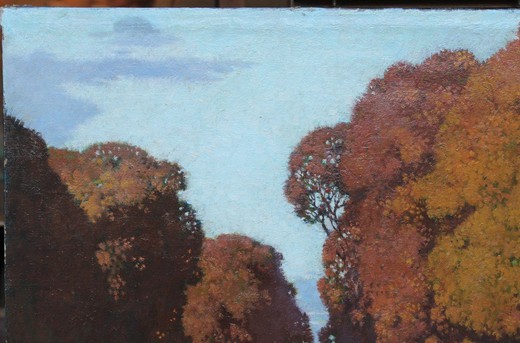 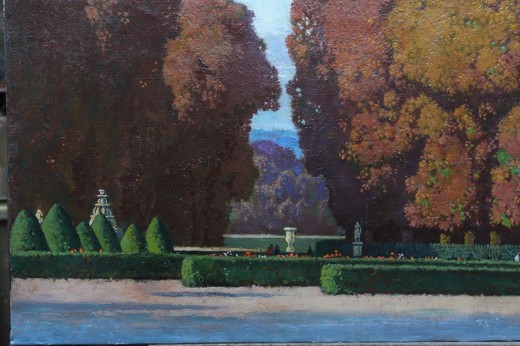 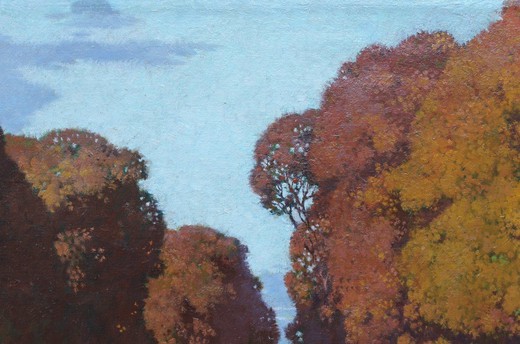 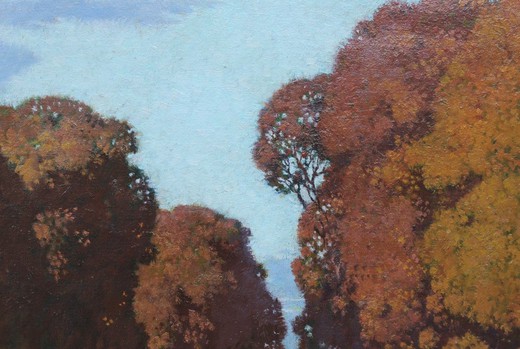 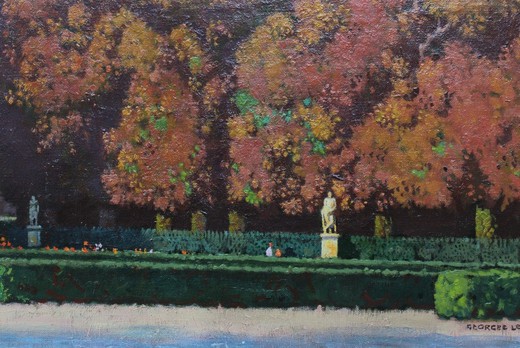 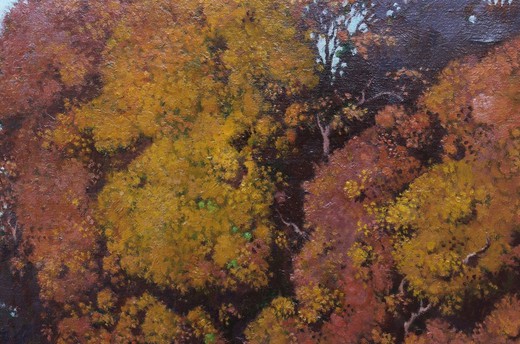 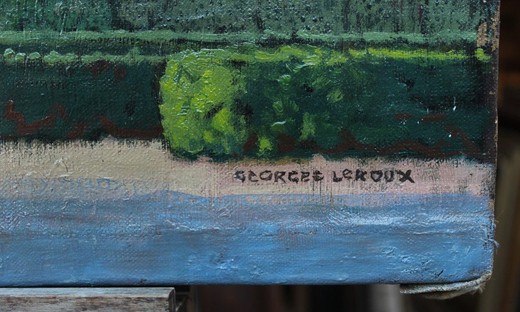 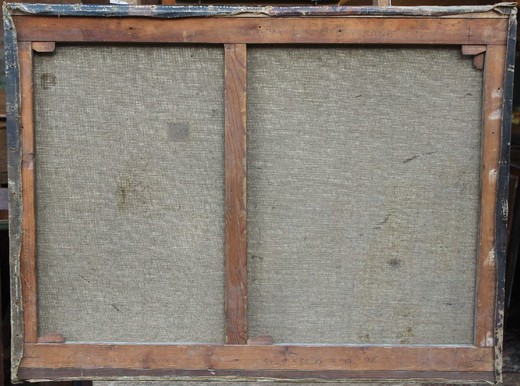 Antique painting "Gardens of Versailles". Canvas, oil. The artist in his work perfectly conveyed all the riot and splendor of the colors of the Versailles gardens and the feeling of space, which certainly makes an indelible impression of the unprecedented scope and grandeur of the palace and park ensemble of Versailles. One of the statues in the painting we can identify as the work of Philippe de Buster (1595 - 1688) - the royal sculptor who participated in the construction of Versailles. In the lower right corner there is the painter's signature - Georges Leroux. France, XX century.Georges Paul Leroux (1877-1957) French painter. He was educated at the National School of Decorative Arts, then entered the Paris School of Fine Arts, where he studied painting and drawing. In 1904 he won the second Grand Prix of Rome, and then, in 1906, the Grand Prix of Rome, which brought him several years in Italy where he settled in the Villa Medici. after that, he retained a deep attachment to this country and returned there again and again to paint the landscapes of Rome. In 1924 he became a member of the jury of the Society of French Artists. The title of Chevalier of the Order of the Legion of Honor was awarded to Leroux in 1926. In 1932 he was elected a member of the Institute of France, and in 1945 Georges Leroux became its president. The Artist's works can be found in the Imperial War Museum in London, the National Museum of Modern Art in Paris, the Dijon Museum, the Montreal Museum of Fine Arts and many private collections around the world.