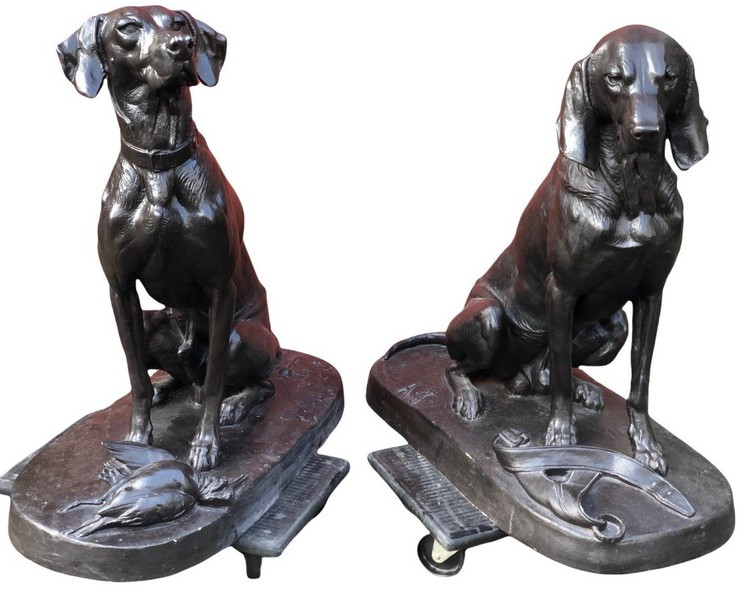 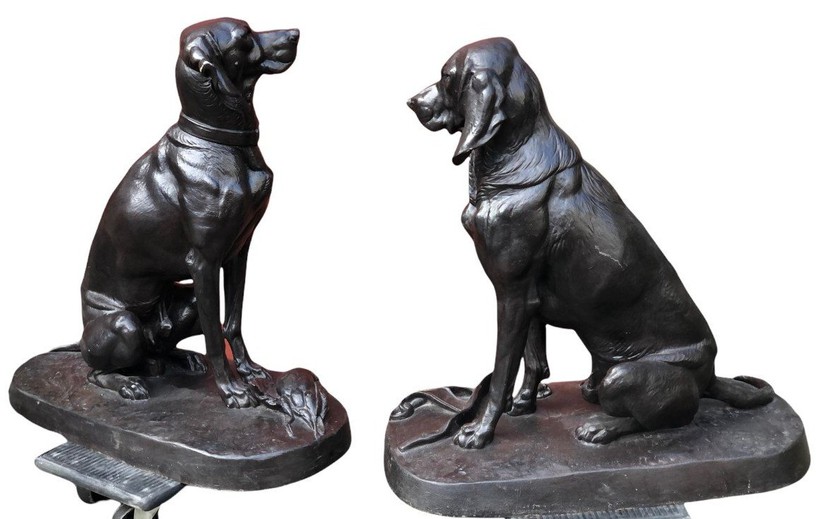 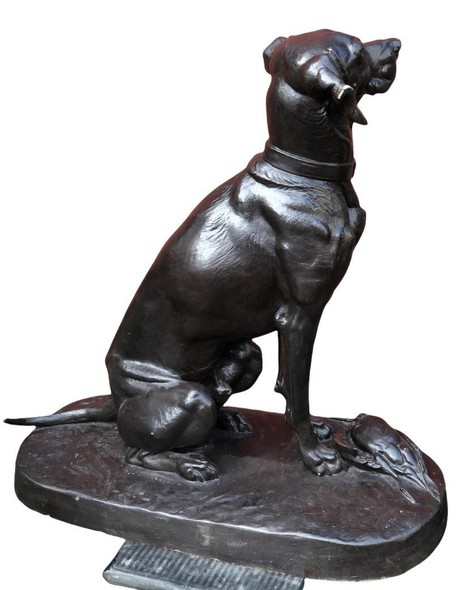 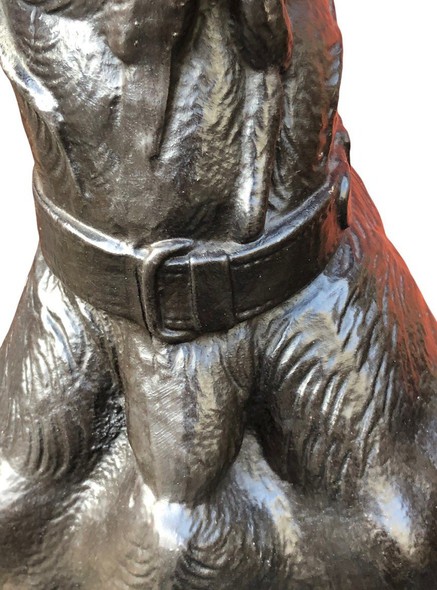 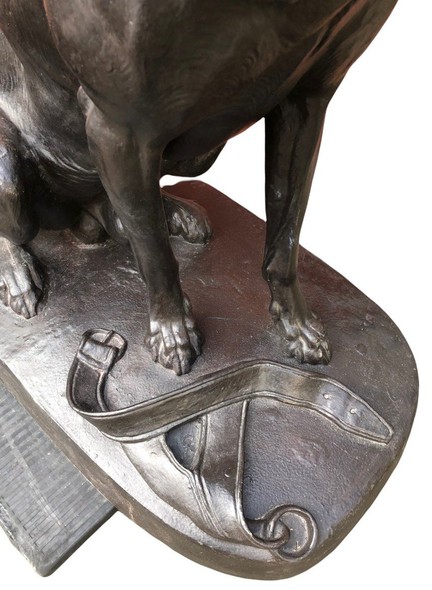 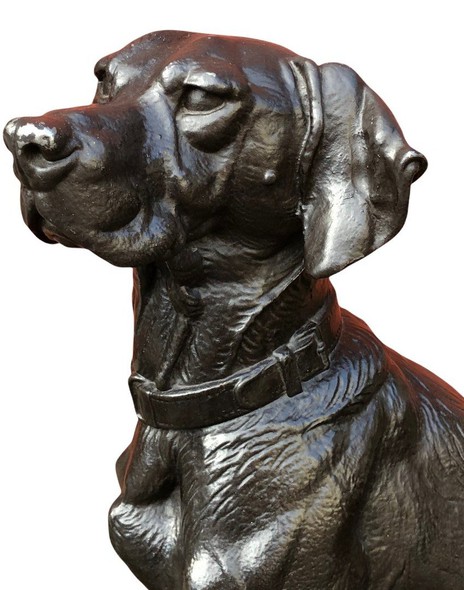 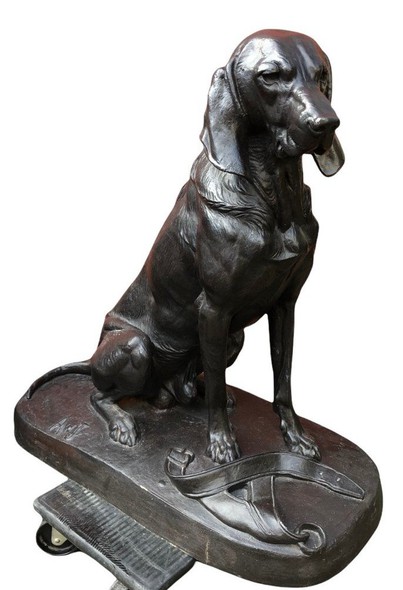 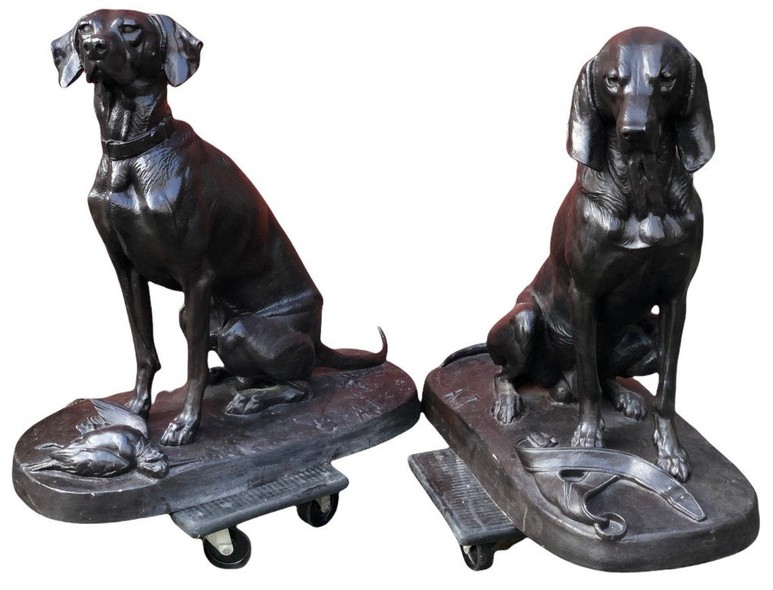 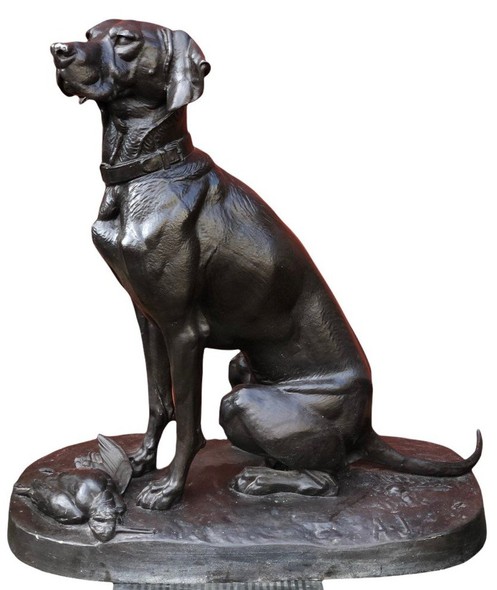 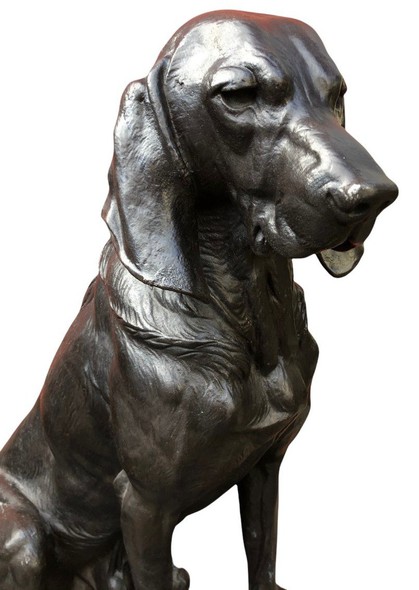 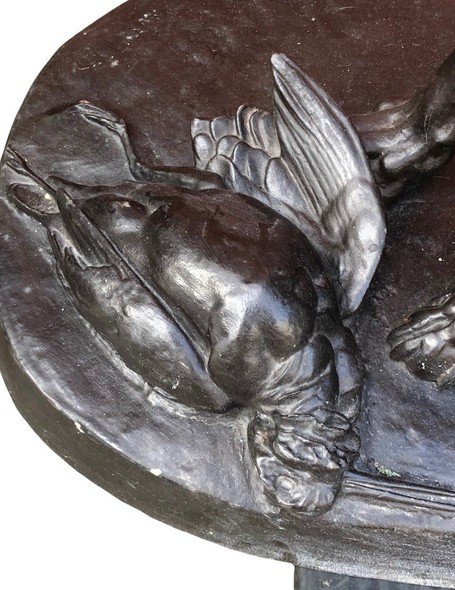 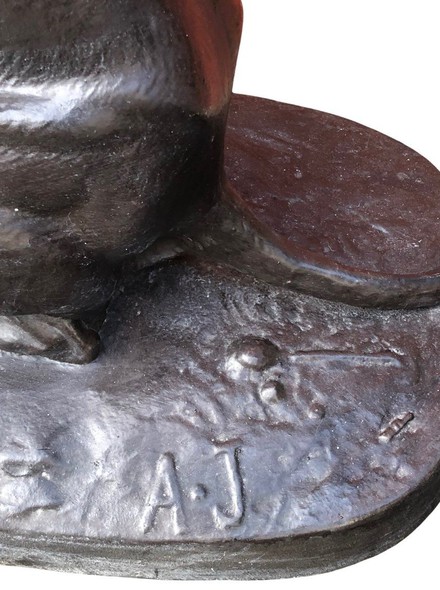 Antique pair sculptures "Hounds" in the style of Napoleon III. Made from cast iron. The sculptures represent hunting dogs, one of which is already with a hunting trophy at its feet in the form of a woodcock, and the second is just waiting to be put on a collar and it will be possible to rush into the endless hunting grounds. The figures are made with a detailed study of all elements according to the model of the sculptor Alfred Jacquemart. On the pedestal is the signature - AJ. France, XX century.