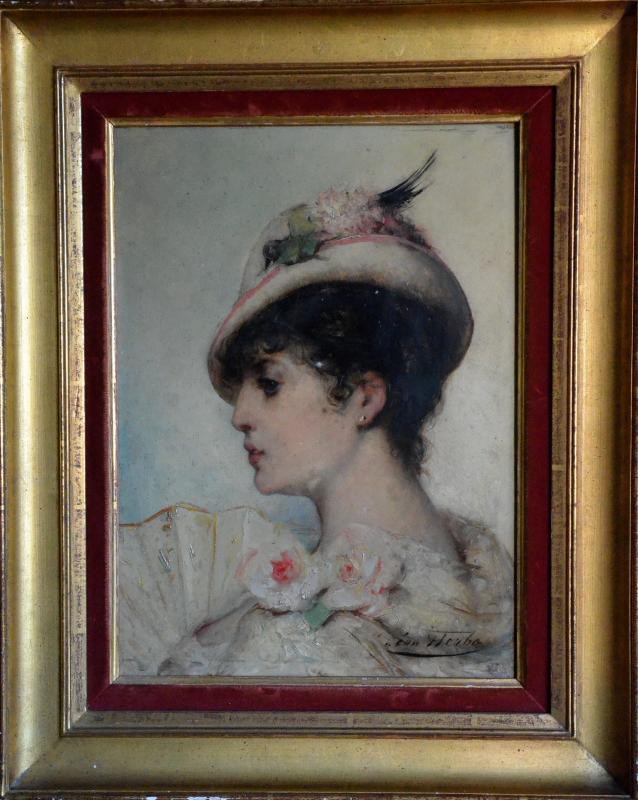 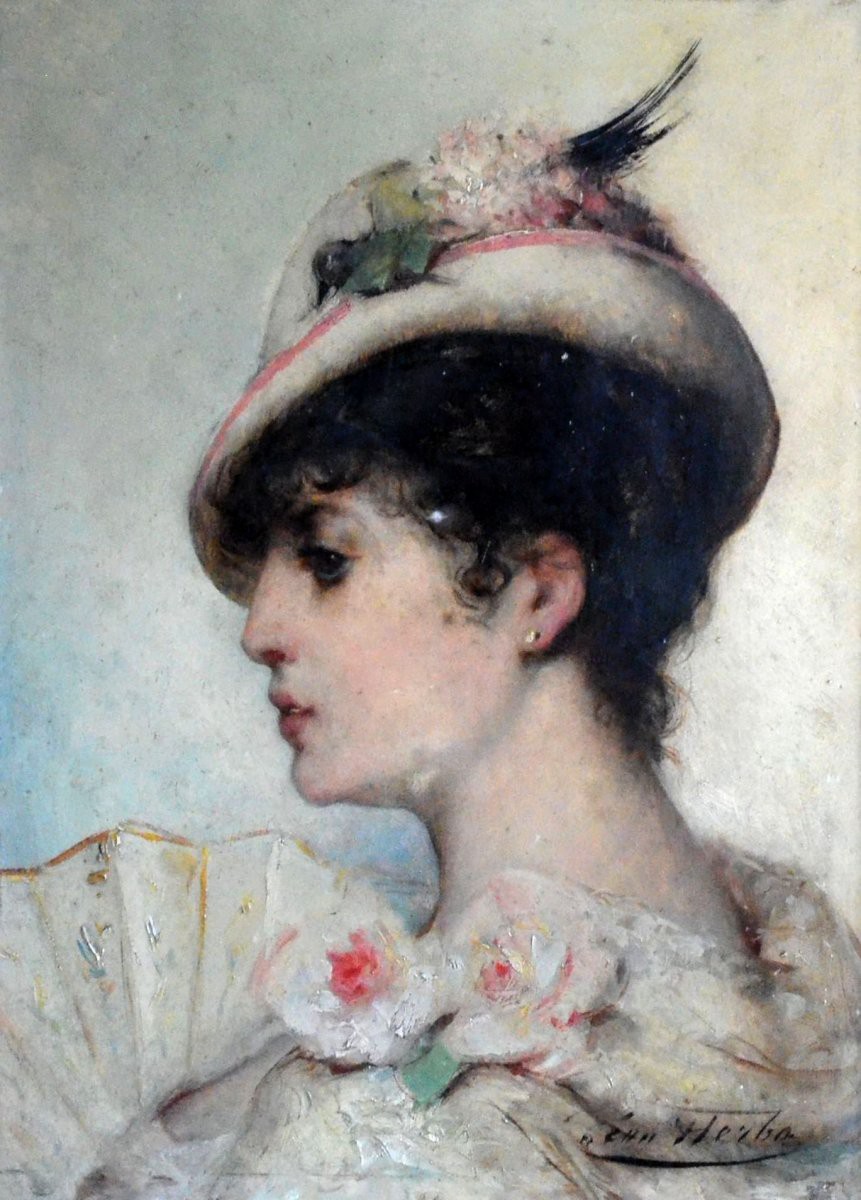 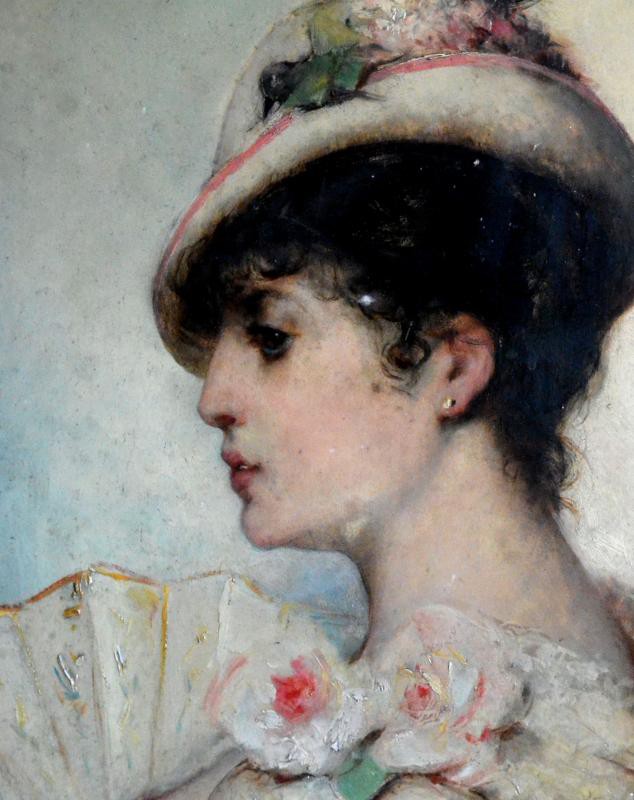 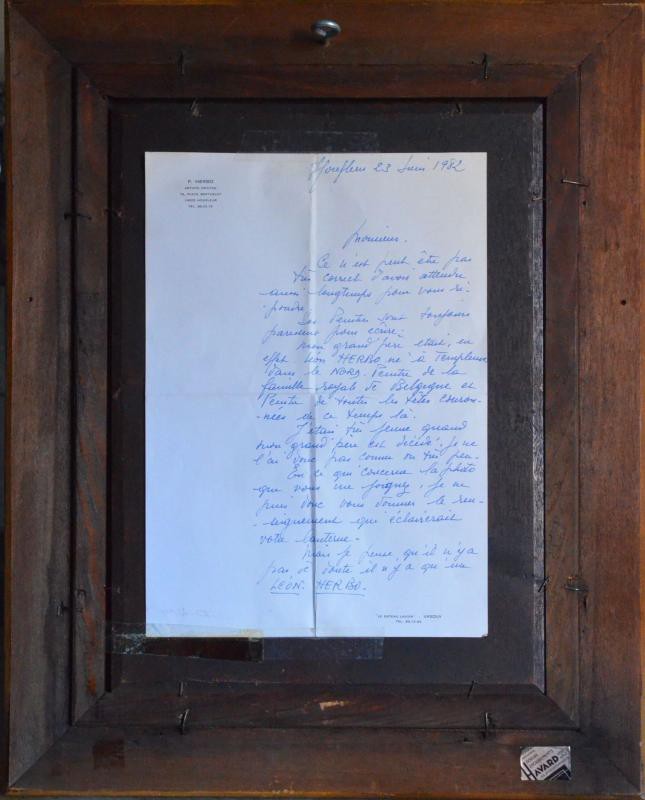 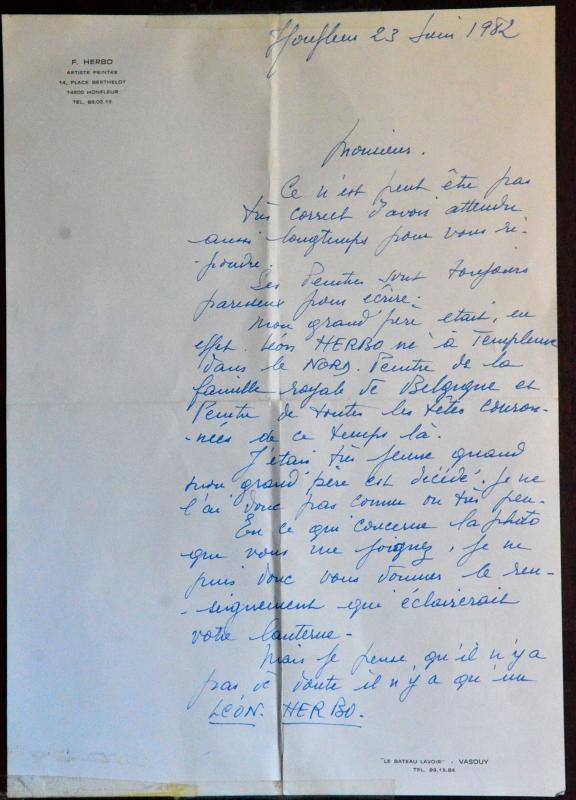 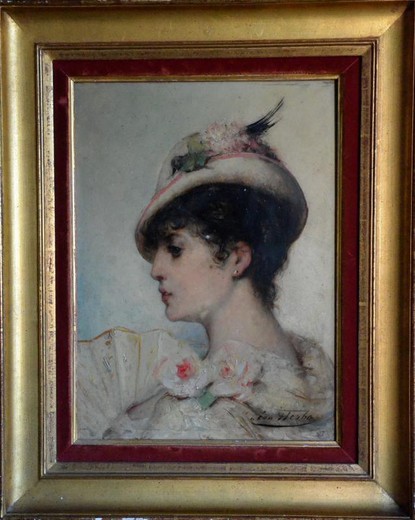 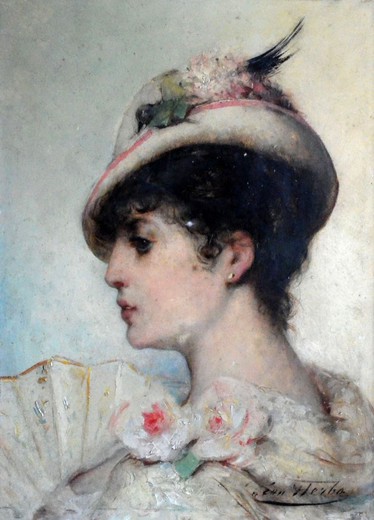 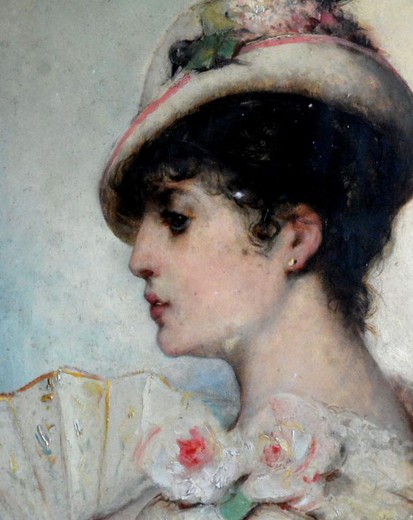 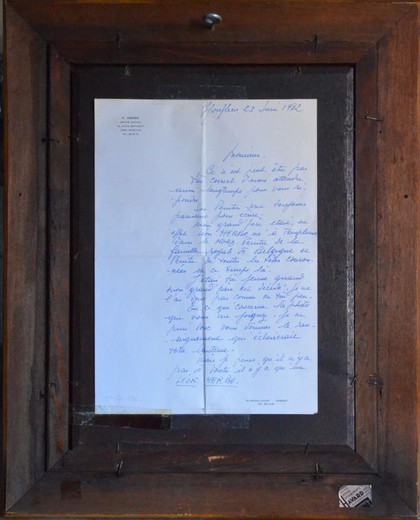 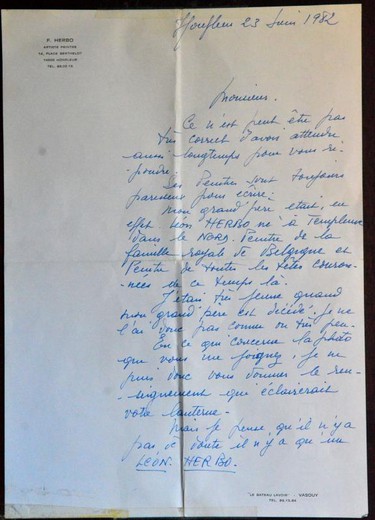 Antique portrait of an exquisite woman artist Leon Herbo. In the lower right corner is the author’s signature. There is handwritten evidence of the artist’s grandson on June 23, 1982. Oil on the panel. France, XIX century.Leon Herbo (1850 - 1907) - French-Belgian portrait painter. Born in one of the communes of France Tamplove. He studied at the School of Fine Arts in Tournai with Legendre, then in Brussels under the direction of Stallart from 1869 to 1874. In 1873, he participated in the competition for the Roman Prize and regularly exhibited in Ghent, Brussels and Cologne, as well as in the Munich Salon from 1883 to 1894 and in Paris in 1879 and 1905.

After training, he returned to Belgium to Brussels, where by 1876 he founded the Belgian academic-style art school - l'Essor with his friend Emil Namur. After the 1880s he taught at the Belgian Academy of Arts. He was awarded an honorary diploma at the World Exhibition in Paris in 1889 and was awarded the title of Knight of the Order of Leopold.