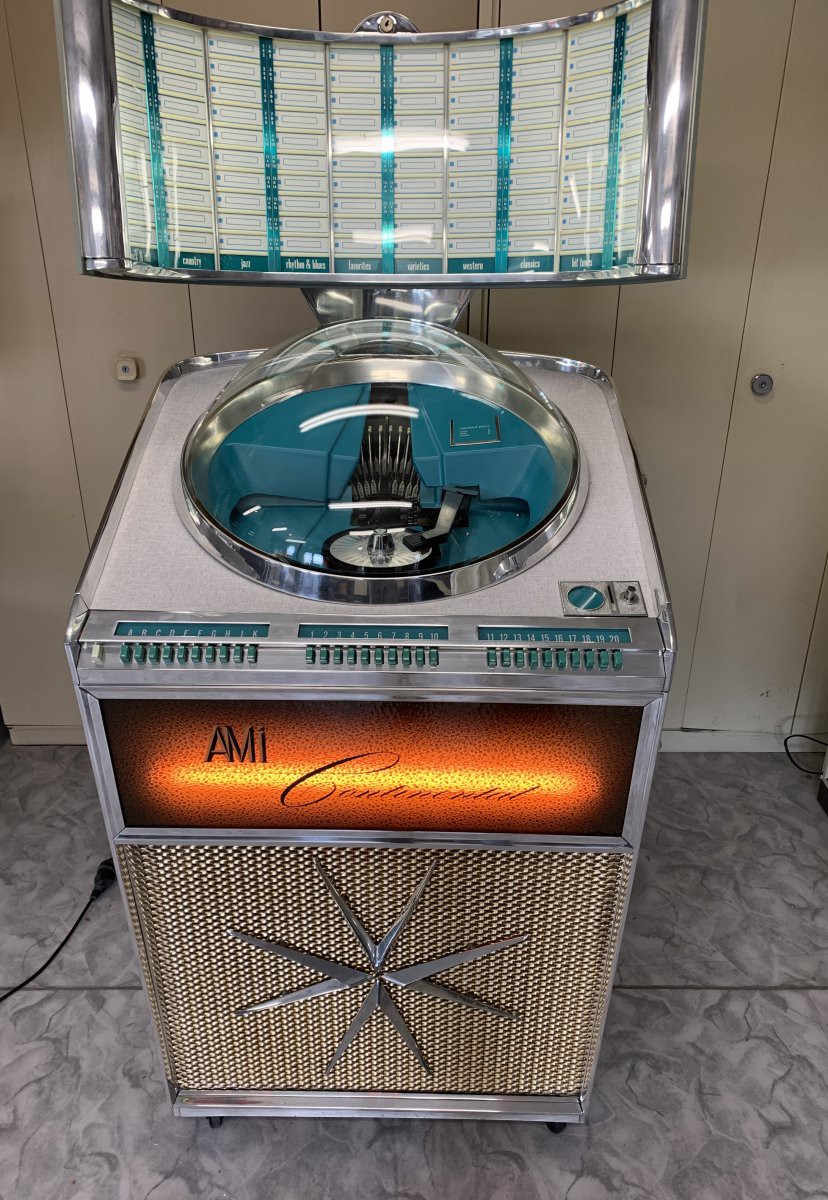 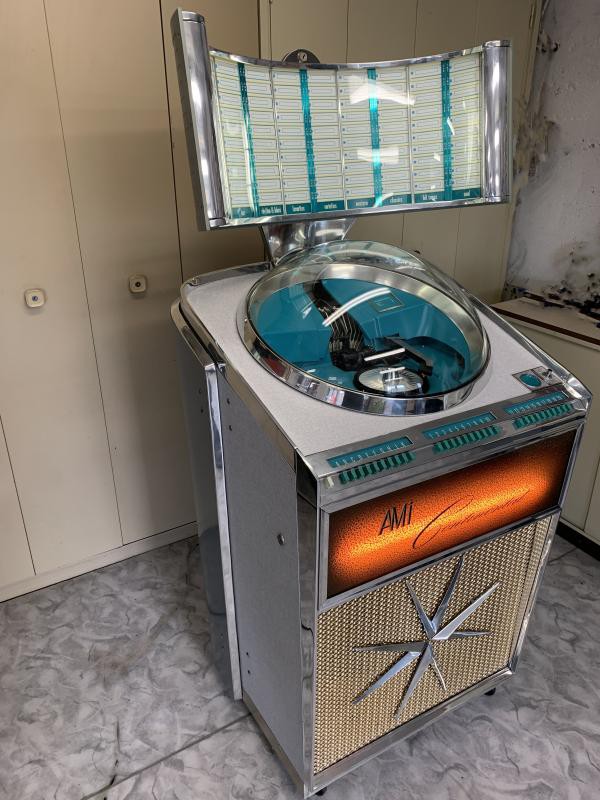 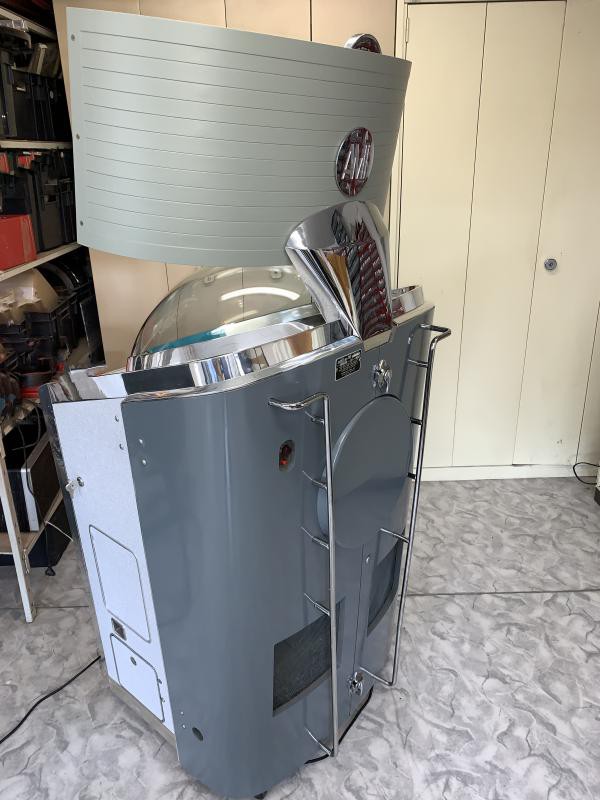 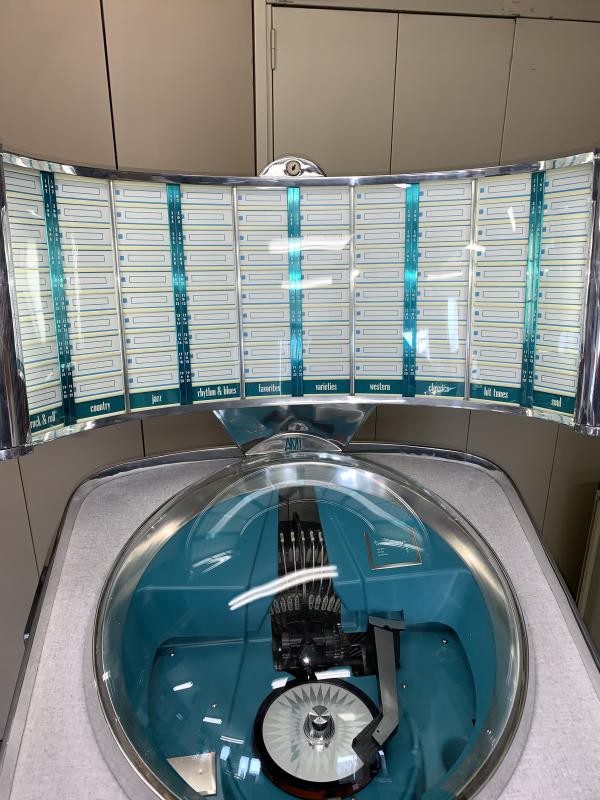 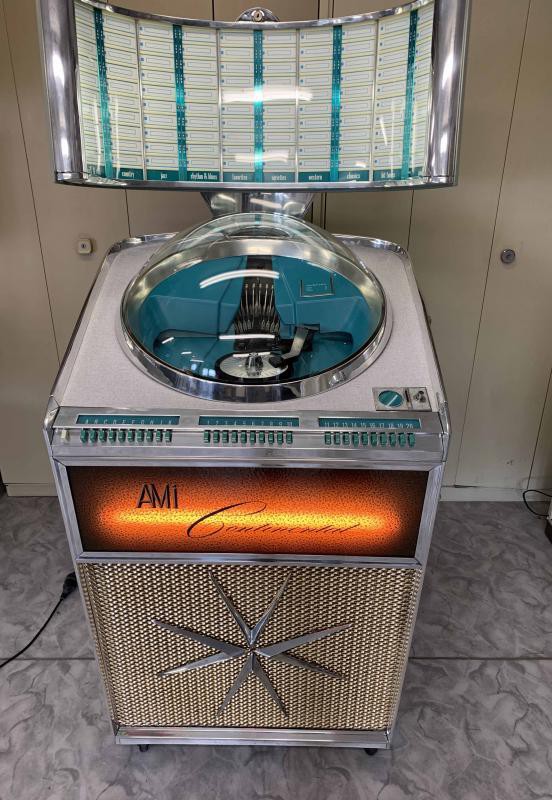 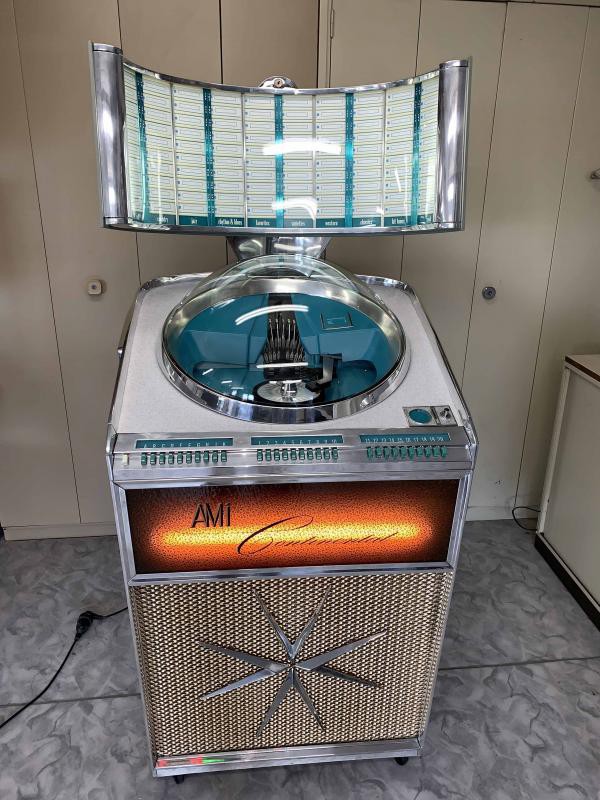 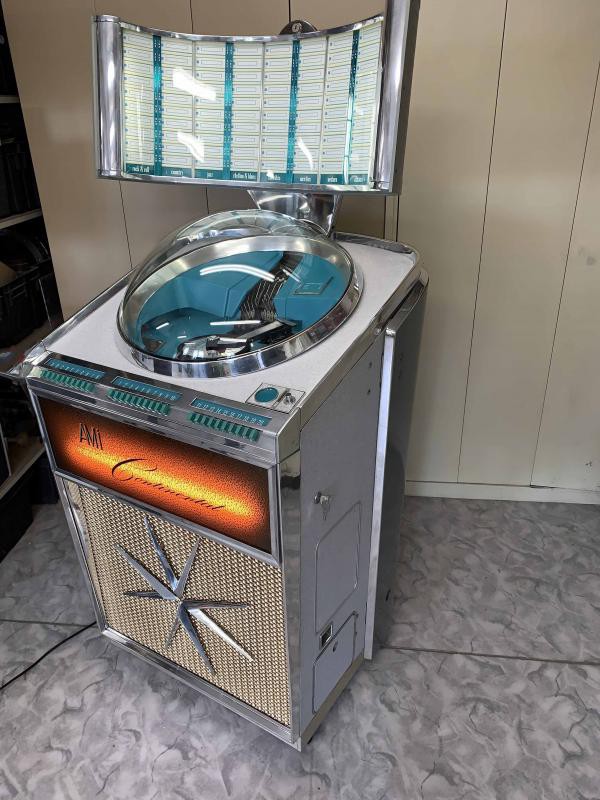 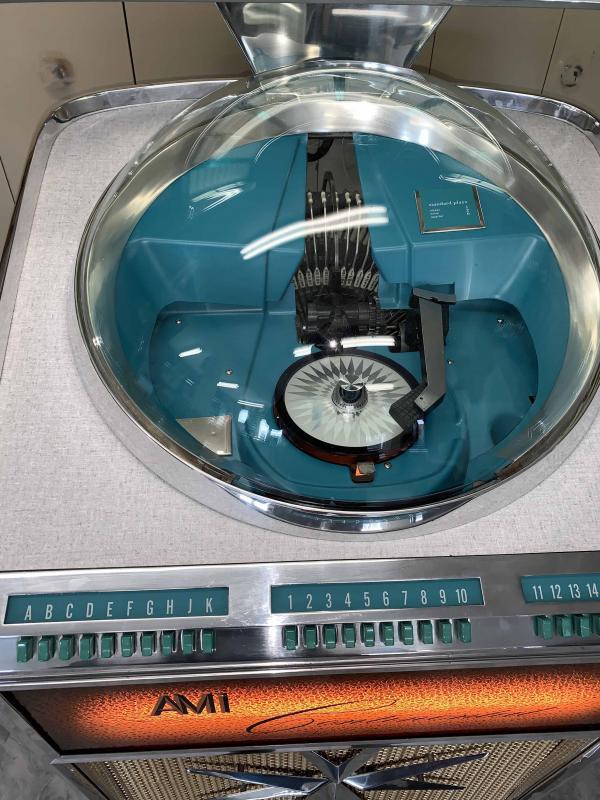 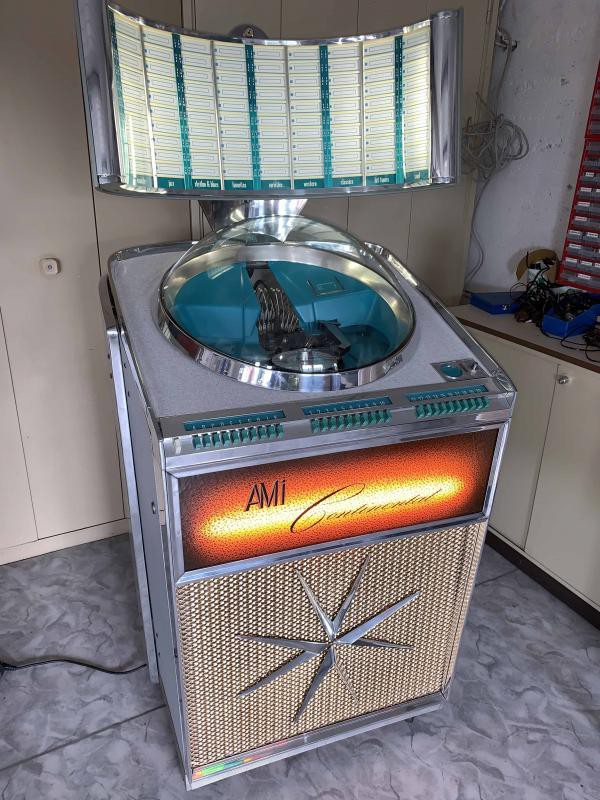 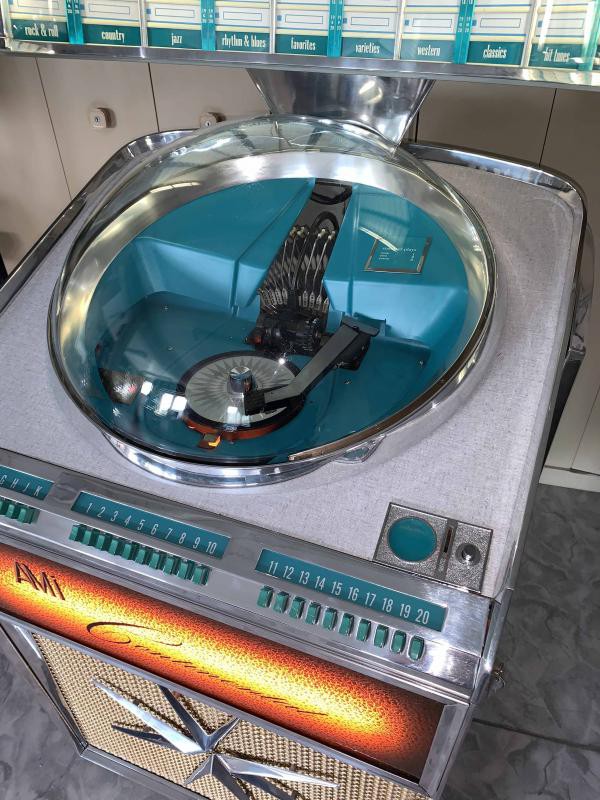 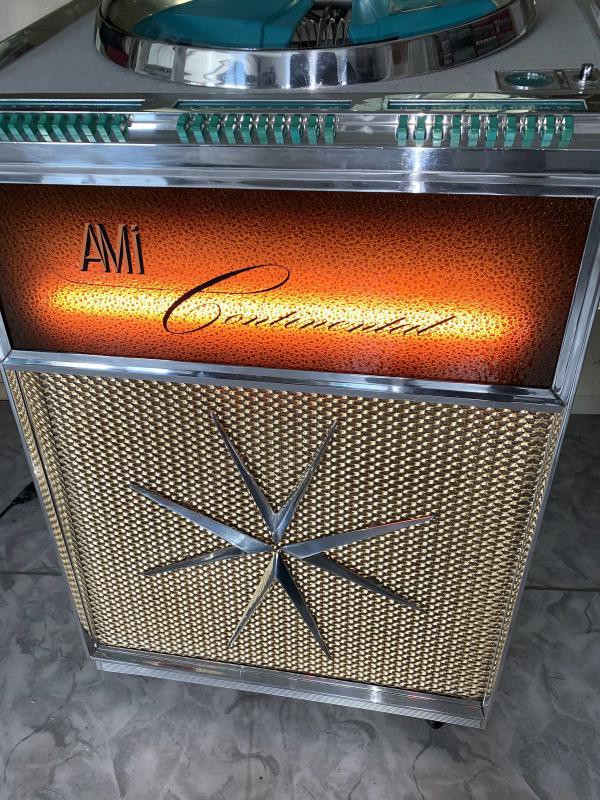 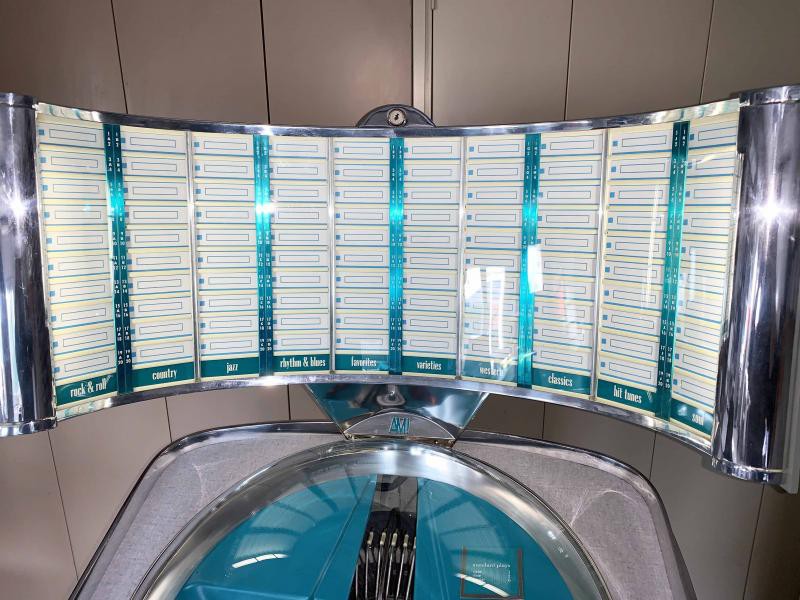 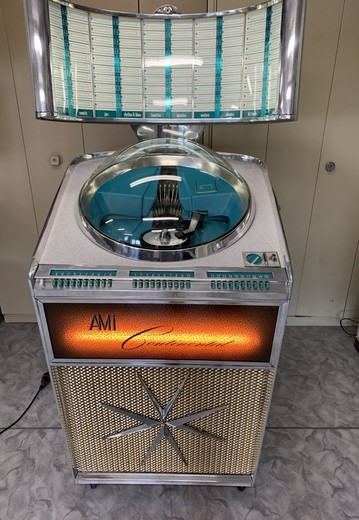 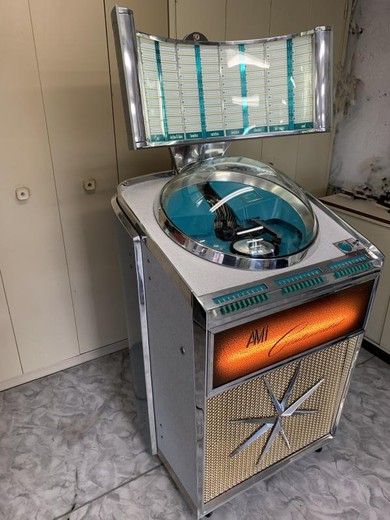 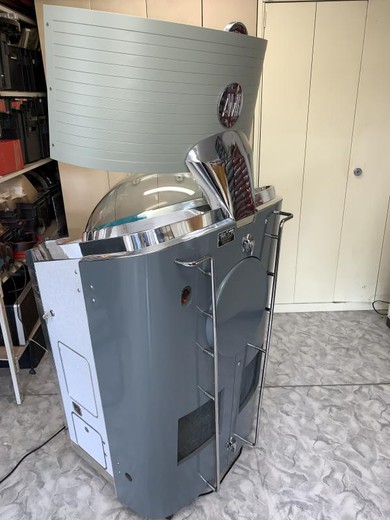 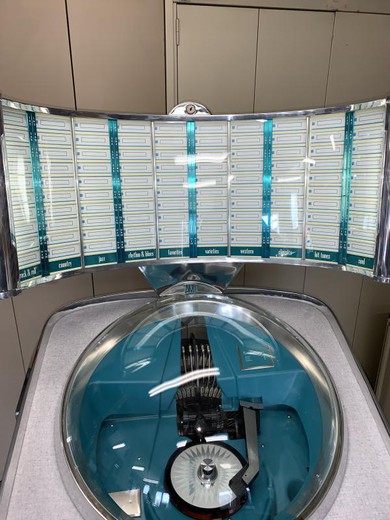 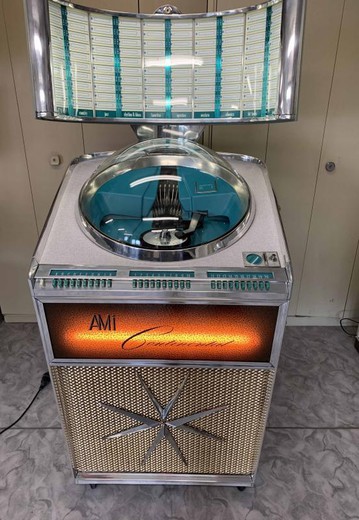 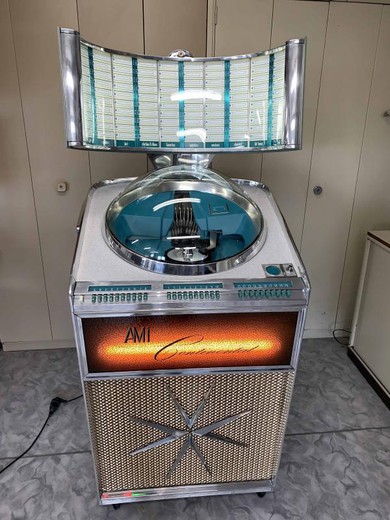 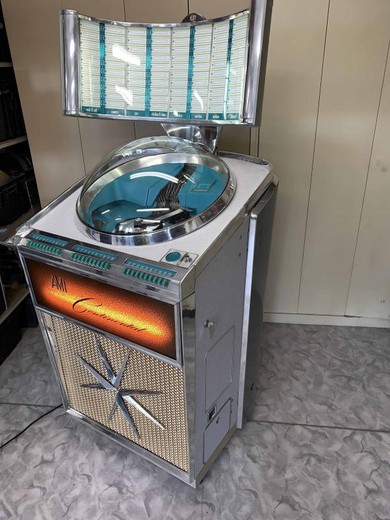 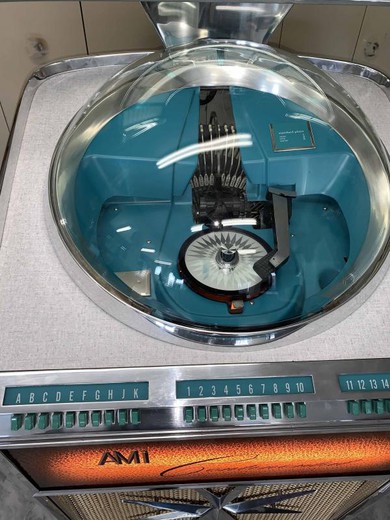 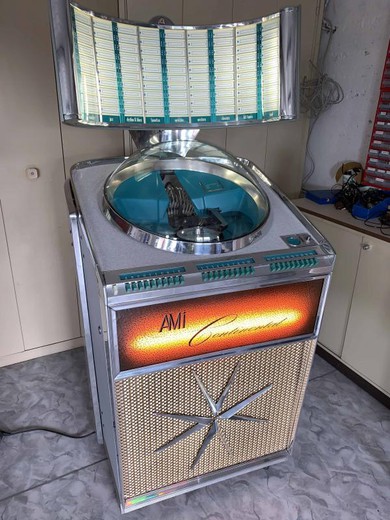 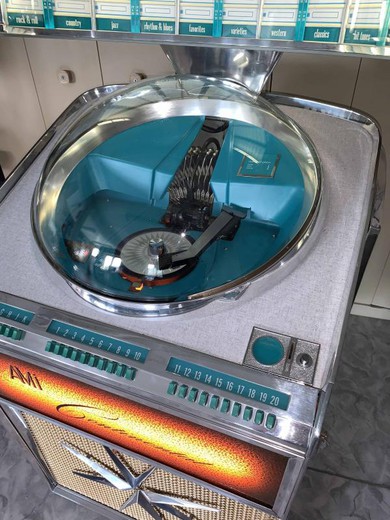 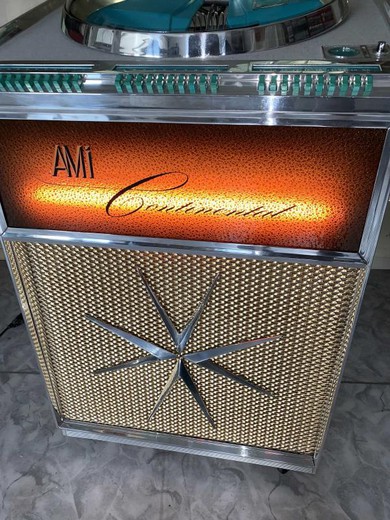 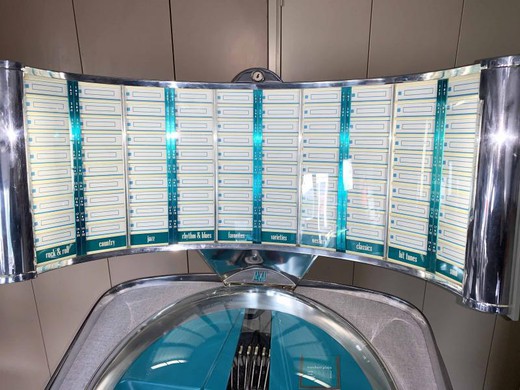 Antique AMI Music Machine - "Continental"Choice of 200 songs - 100 vinyl records 7 "- 45 rpm (forty-five). Fully functional, original standard mechanisms. All chrome parts restored. The system of choice of records is free of charge, but the original coin mechanism with a denomination of 1 franc is present and can be entered in service, America, 1960.

Automatic Musical Apparatus Company - AMI was founded through the merger of the National Piano Manufacturing Co. and National Automatic Music Co. in 1925, in the city of Michigan. And already in 1926, the first jukebox appeared - an automatic phonograph with a coin acceptor, playing music, which became one of the iconic symbols of American culture of the 20th century.

A special atmosphere was also created by the stylish, in the spirit of its time, the appearance of the jukebox. This property of the classic jukebox still attracts the attention of designers and interior decorators these days. An example is the above model, which reflected the first steps in human space exploration.