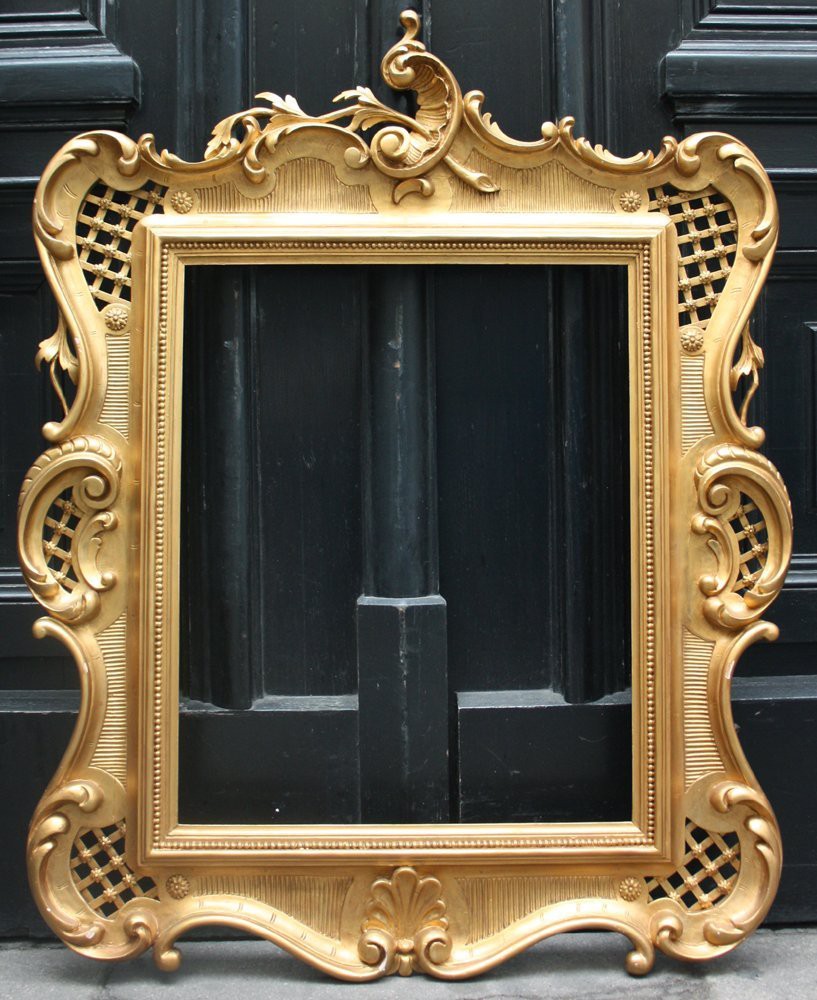 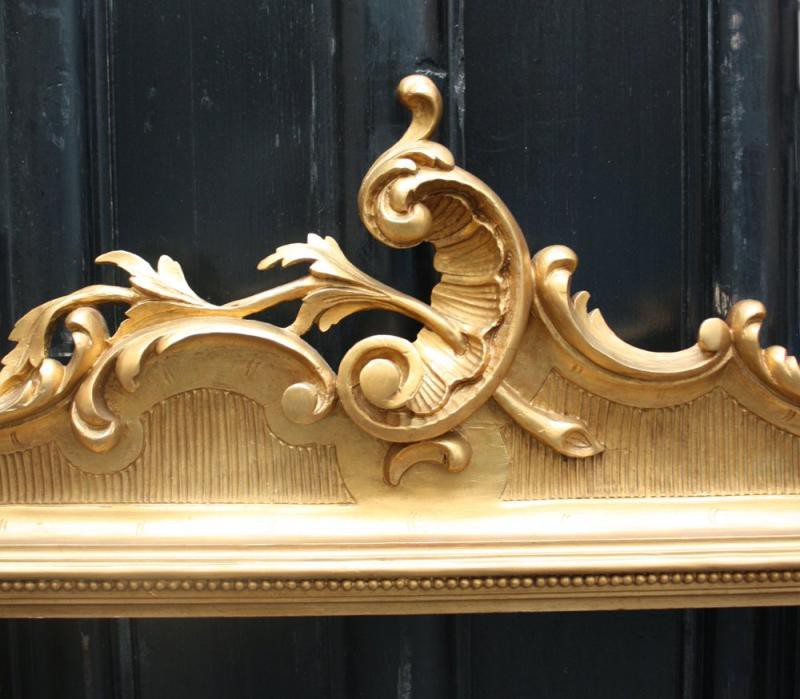 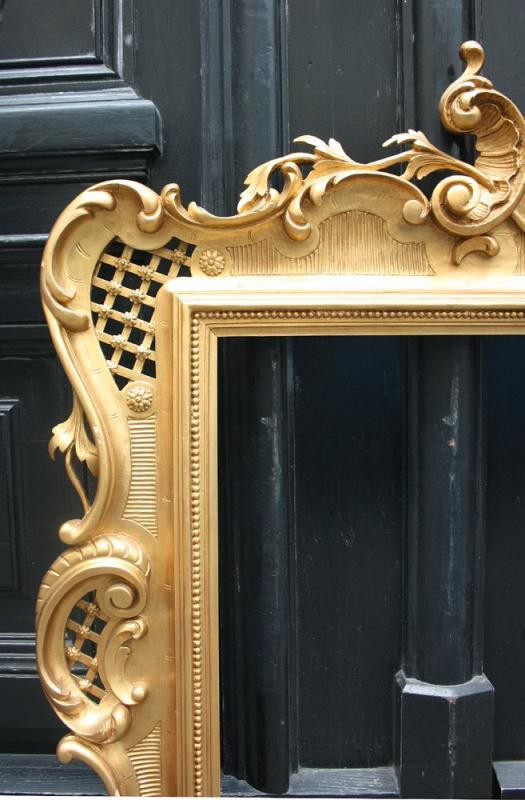 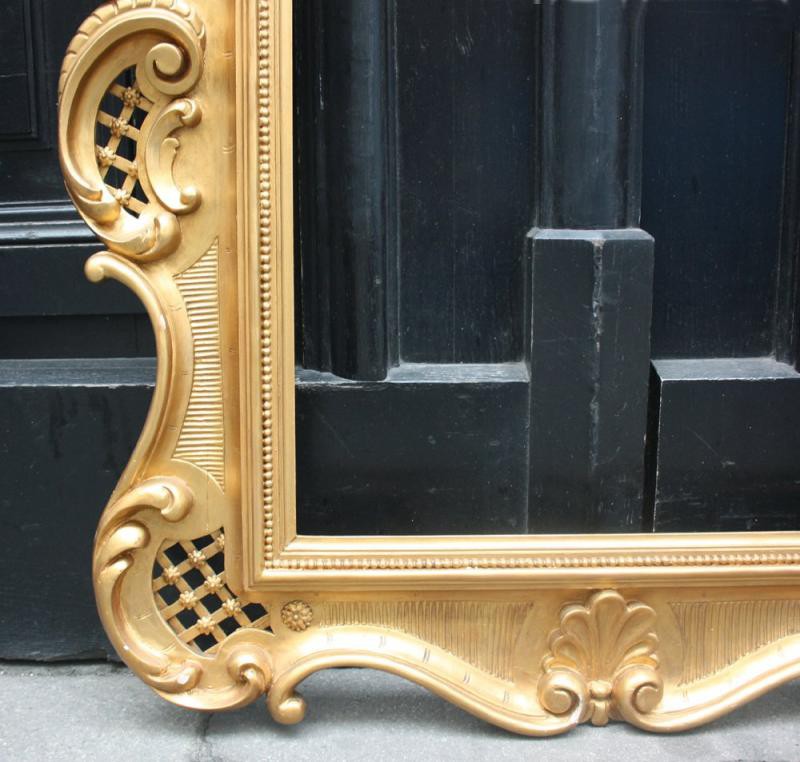 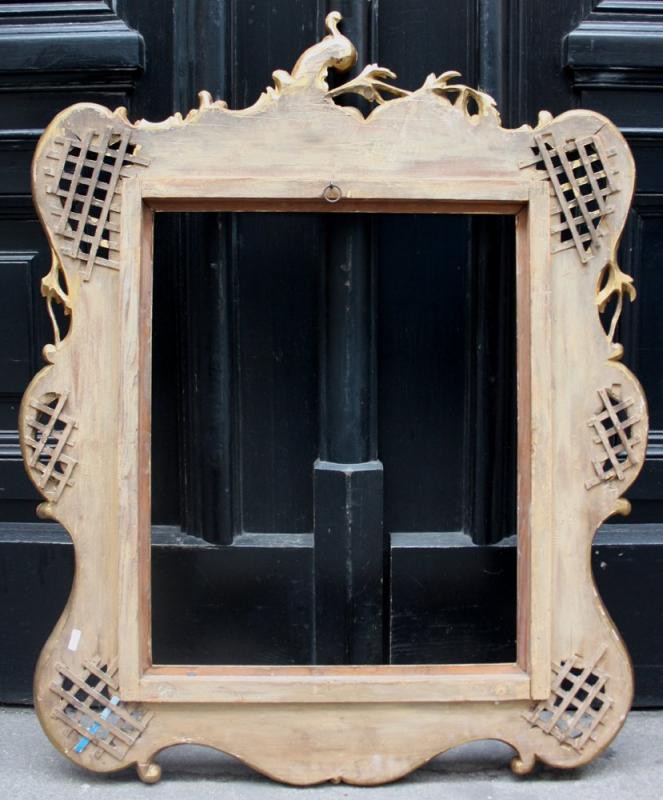 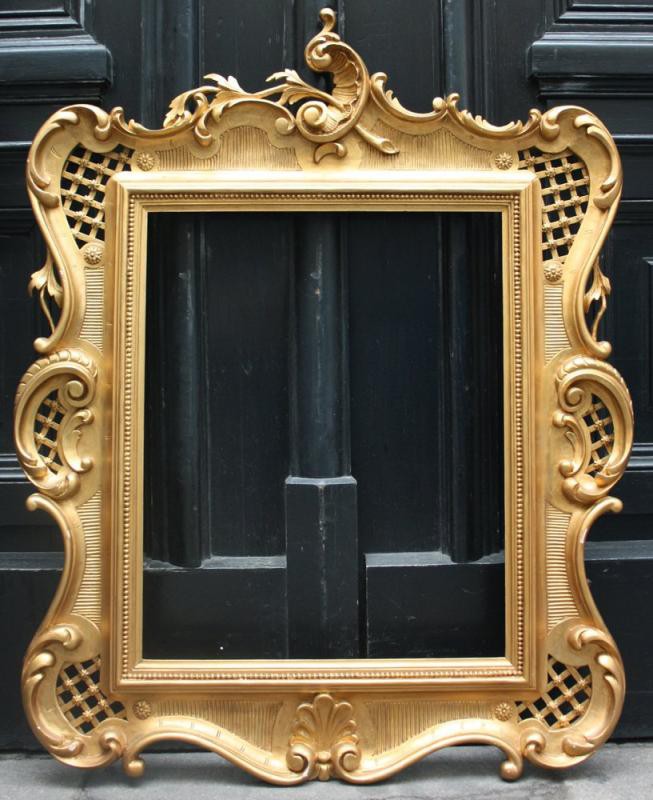 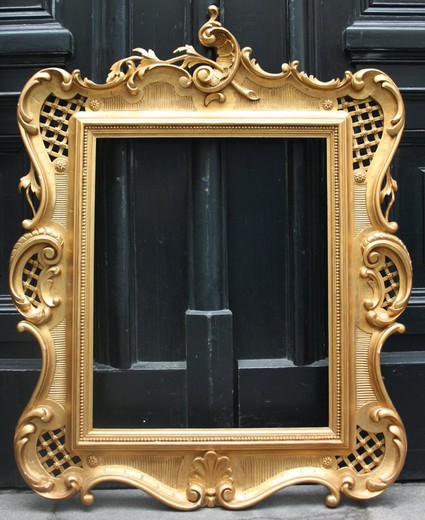 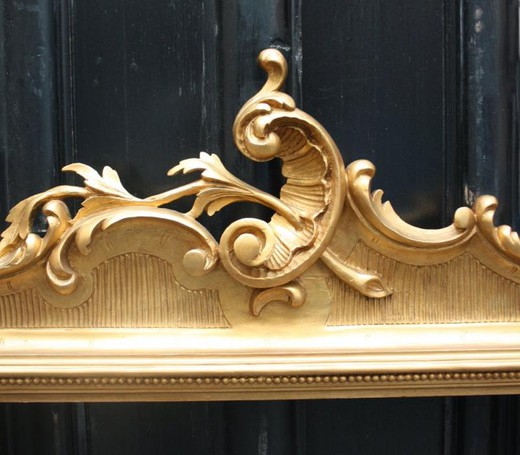 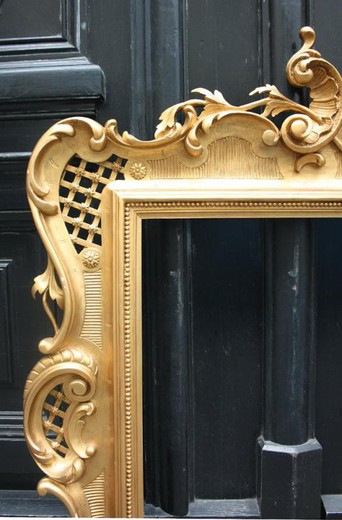 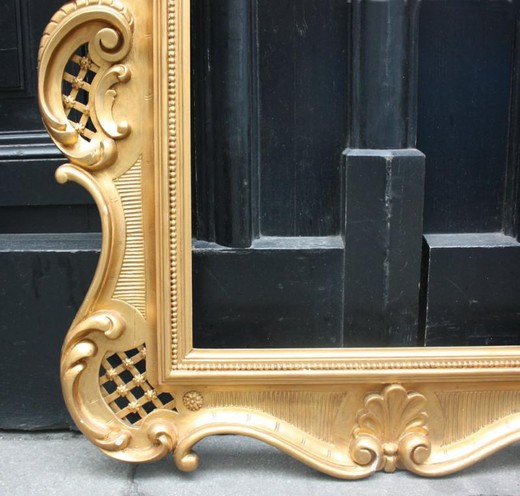 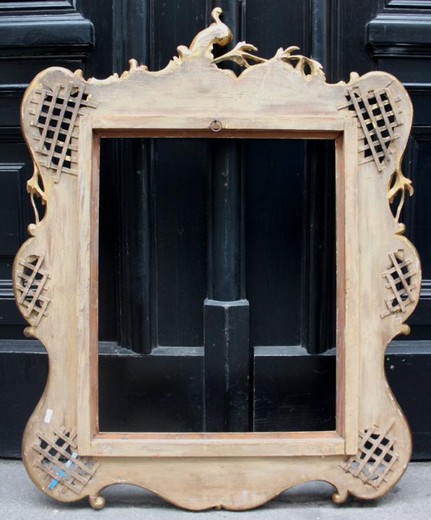 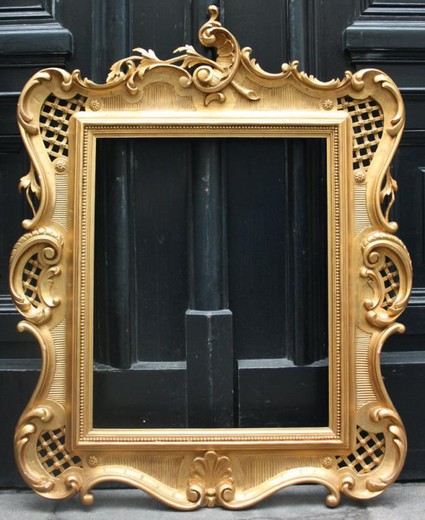 Handcrafted antique gilded frame in Louis XV style. Can be used as a frame for a mirror or canvas. Wood, gilding. Europe, XIX century.

The art of making a baguette originates from Italy in the 13th century.Initially, the baguette was used exclusively to protect the work during transportation, and later acquired a second function - decorative.