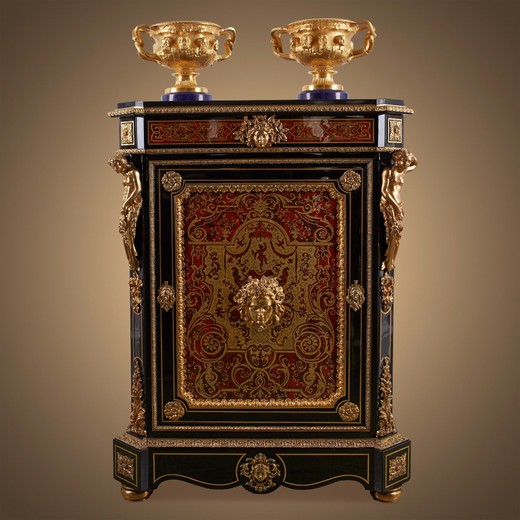 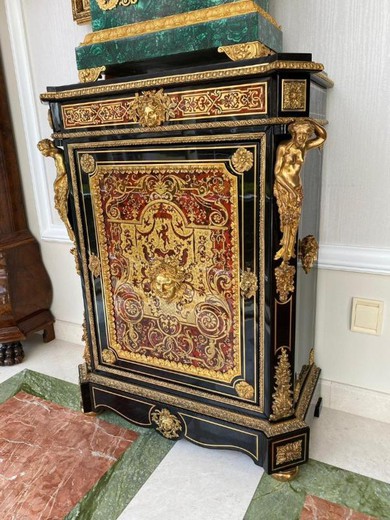 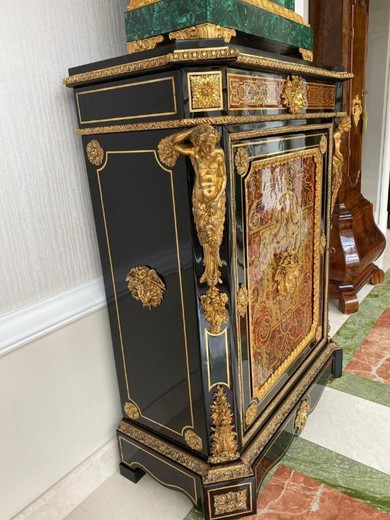 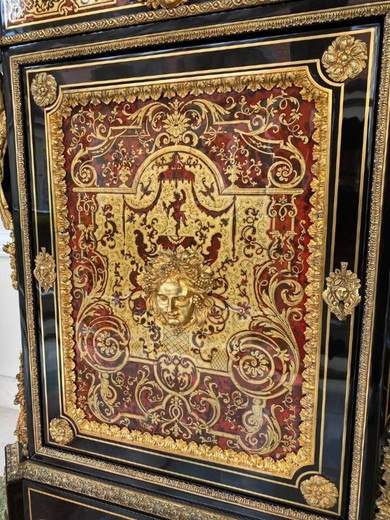 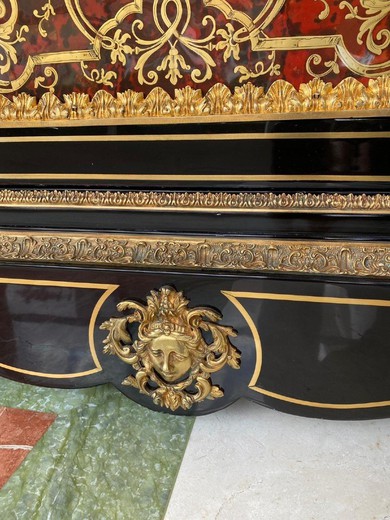 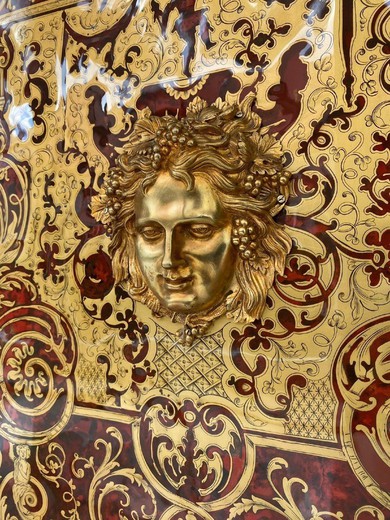 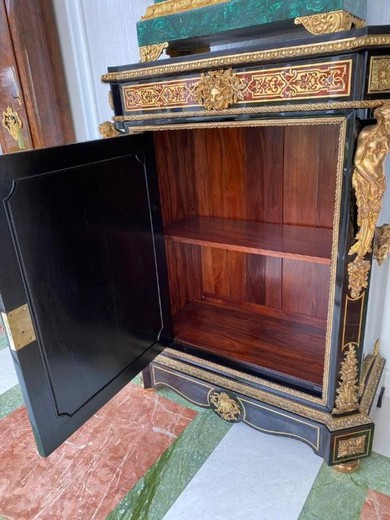 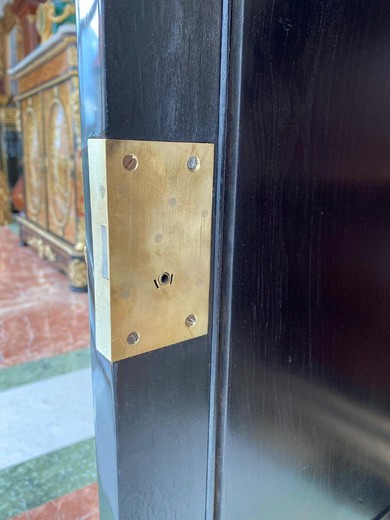 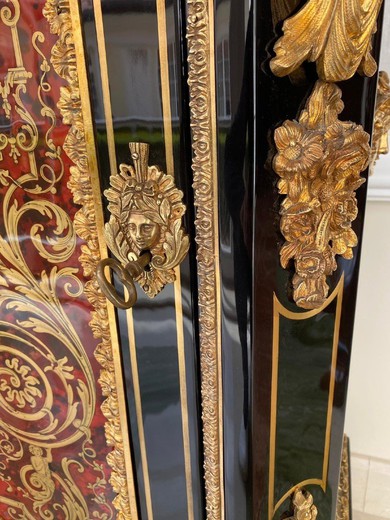 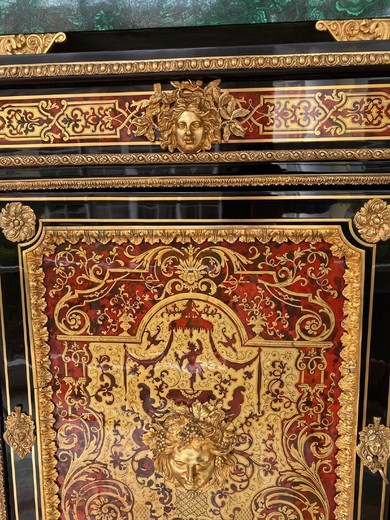 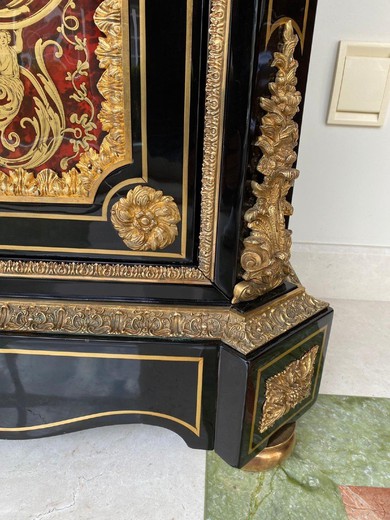 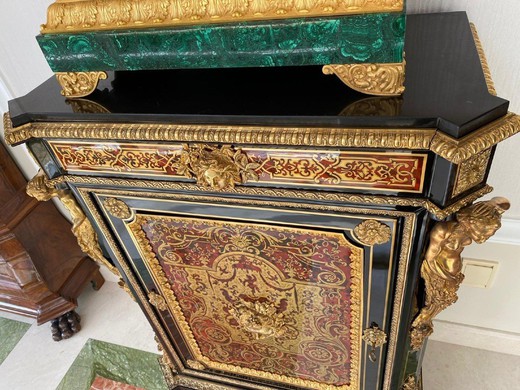 The Boulle style, named after Charles Boulle, the master who created it, has been prevalent since the era of Emperor Napoleon III. This style combined the use of a tortoise shell with wood, a lot of inlay with bone, enamel, as well as marble and metal. Moreover, to emphasize the status of this style, which was called Imperial (Royal). Gilding was of great importance in the Boulle style.

The main material for this chest of drawers (cabinet) was ebony with a large number of decorative elements, including gilded legs. Caryatids and mascarons are the main decorations here. In the central part of the office there is an image of a woman's head with flowing hair with pearls in it. The decor elements look great, they are done in classic French 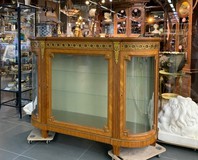 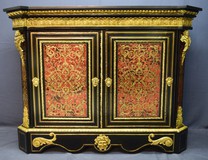