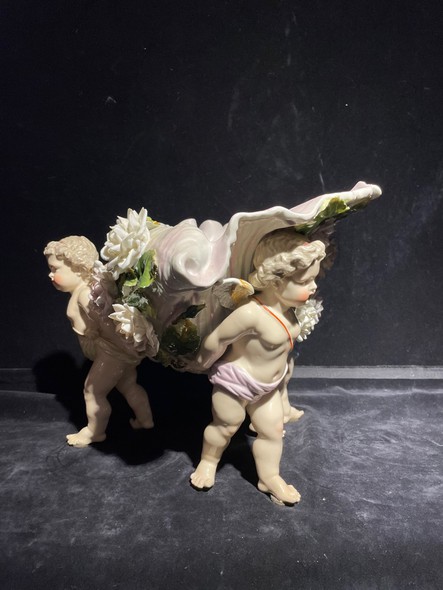 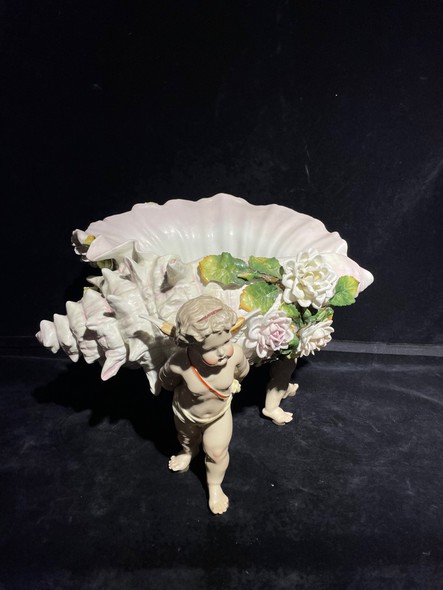 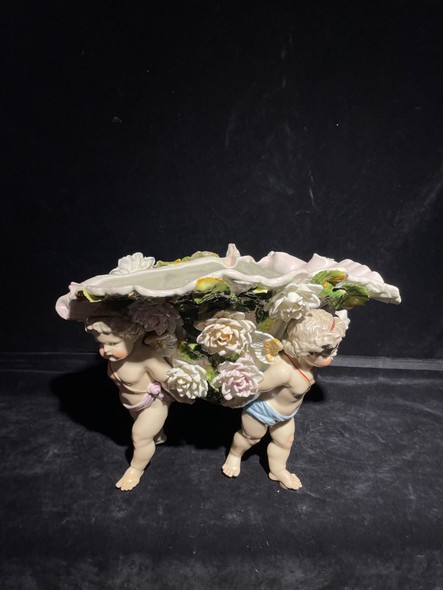 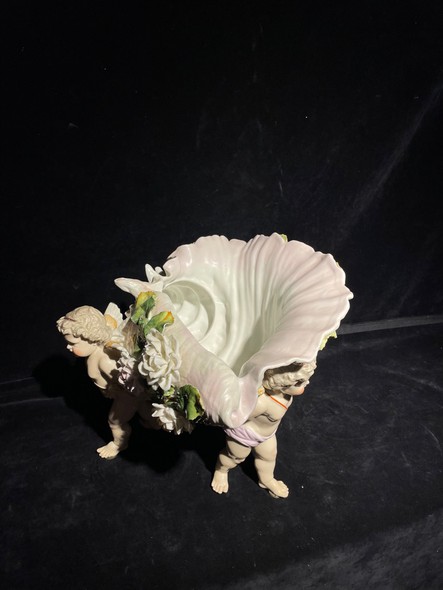 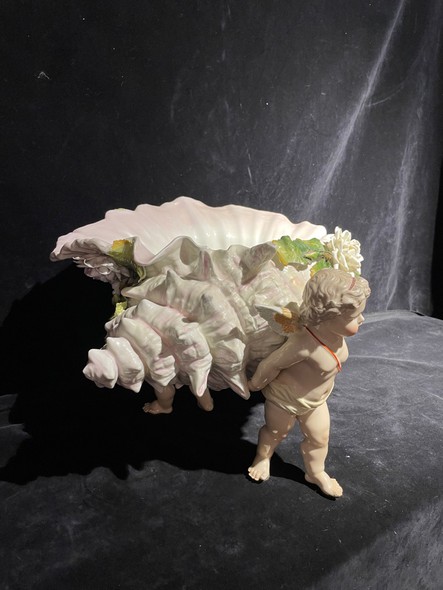 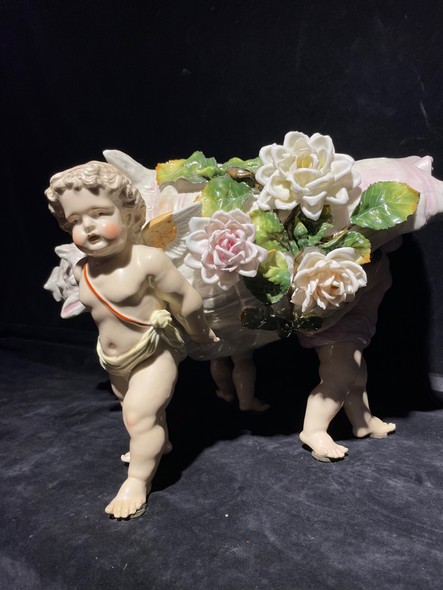 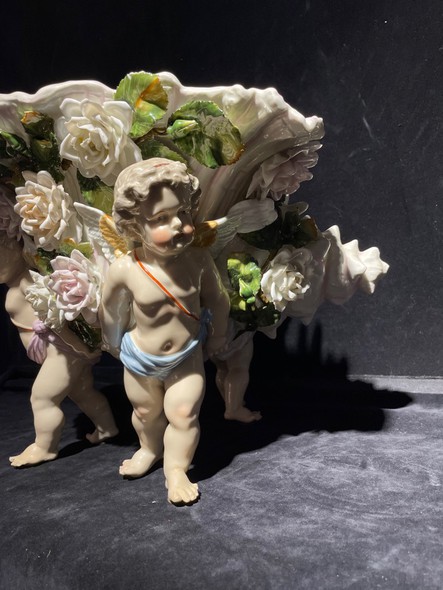 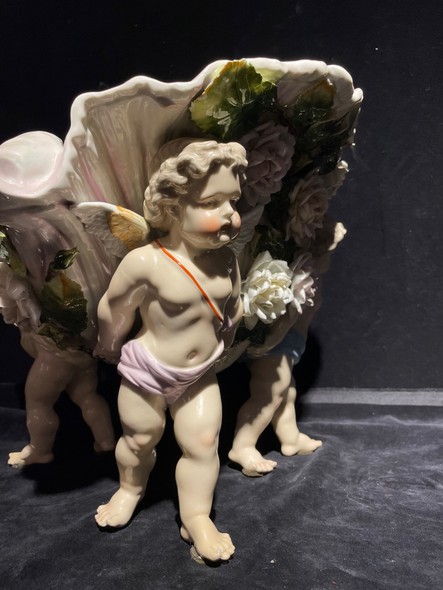 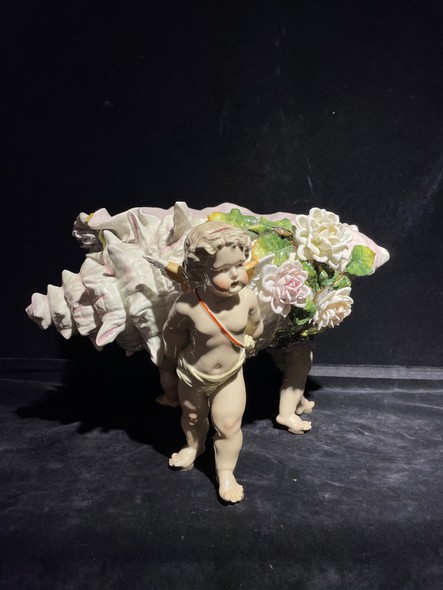 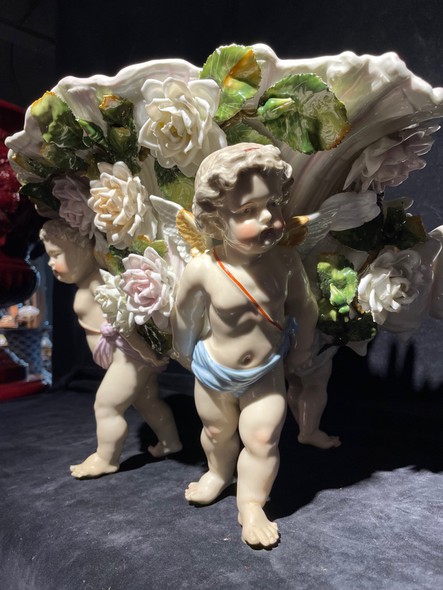 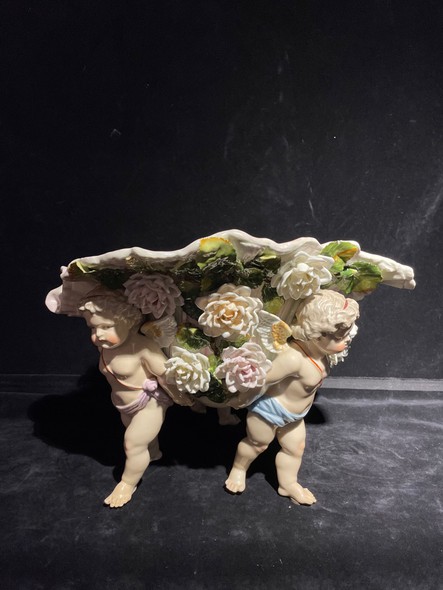 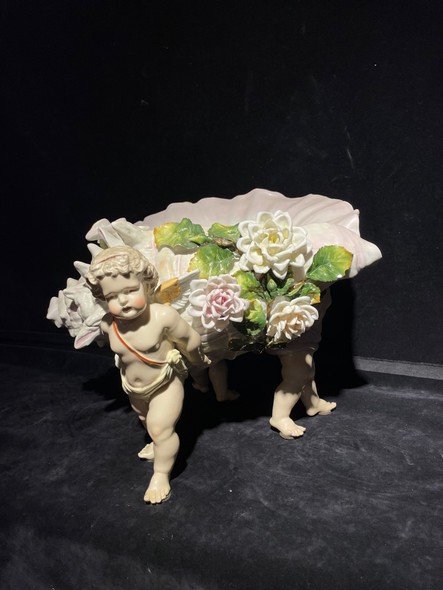 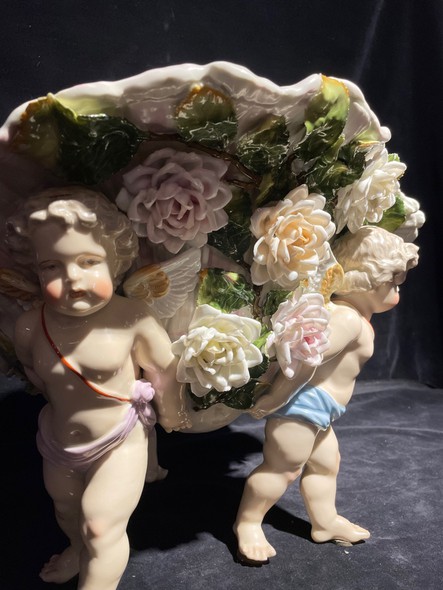 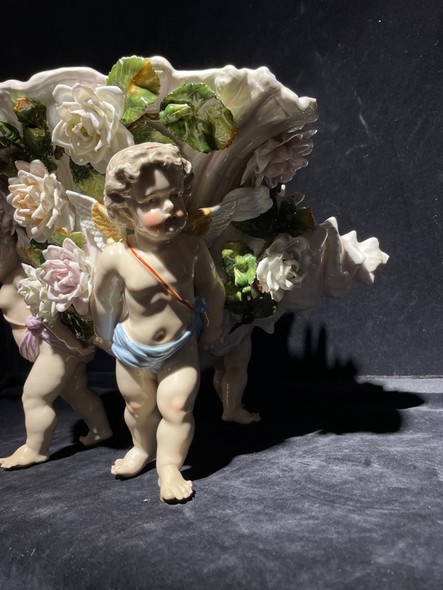 This vase represents three small angels (Putti) carrying a shell, huge by its standards, on their hands.Putti is an artistic image of a boy found in the Renaissance, Baroque and Rococo eras. The image of small half-naked children in Renaissance and classical art goes back to ancient characters (Cupids or Eros).

In medieval art, the image of an angel was formed on the basis of the ancient figure of the goddess of victory - Nike, so little Putti was forgotten for a while. The sensuality of Italian art during the first wave of the development of the Renaissance contributed to the assimilation of this ancient motif by Christian culture. Over time, the Eros became the Italian "Putti", but without wings. 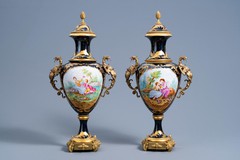 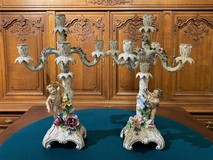 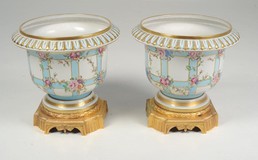