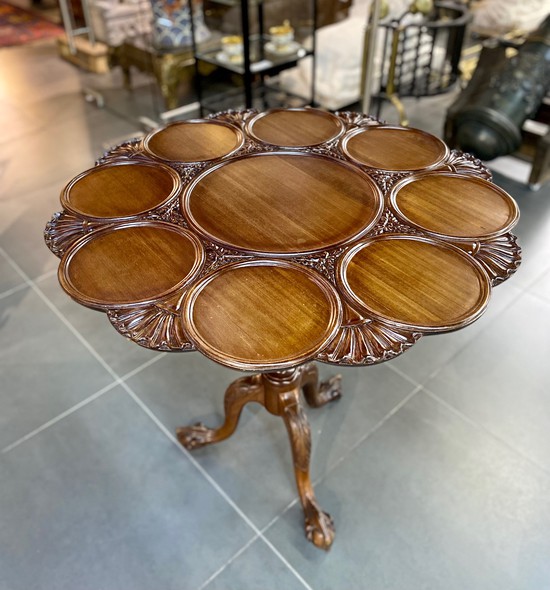 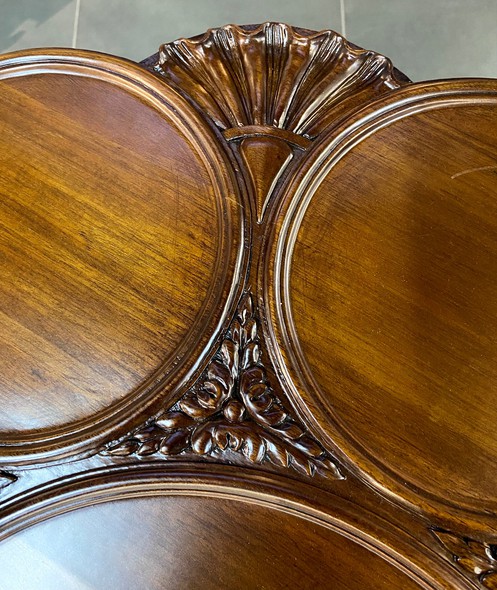 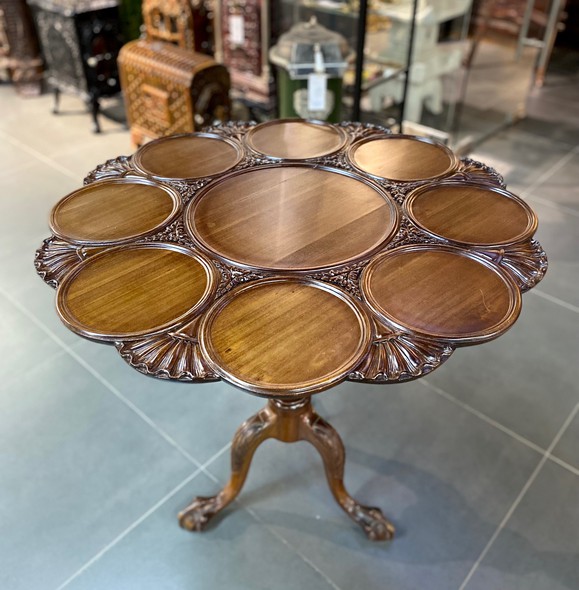 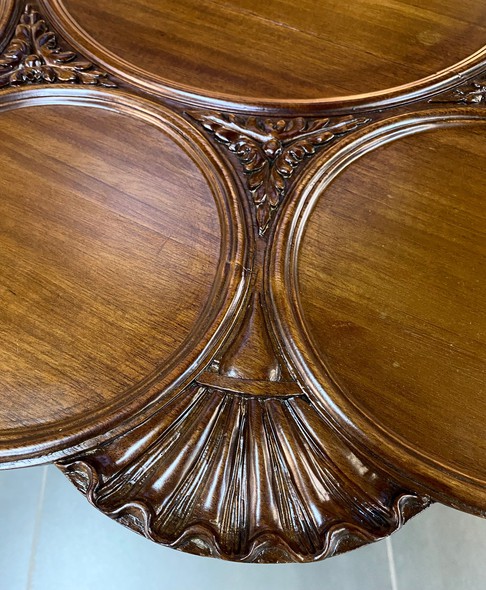 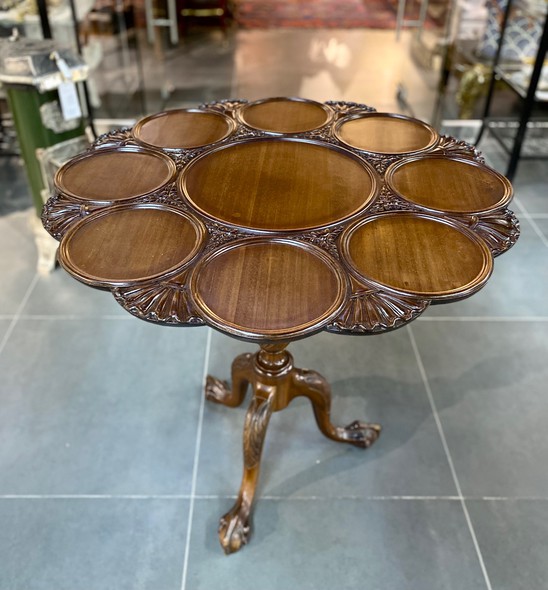 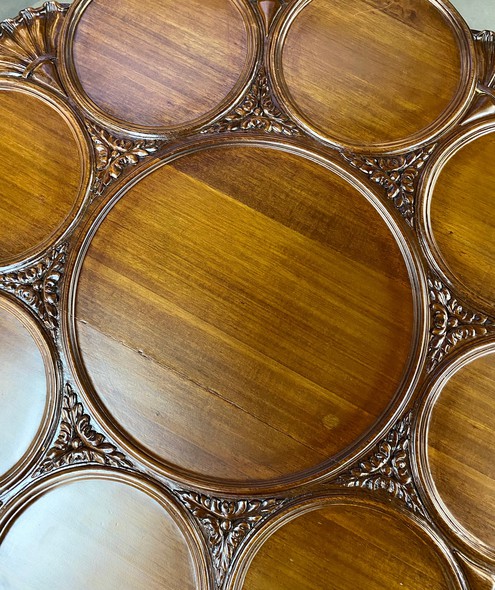 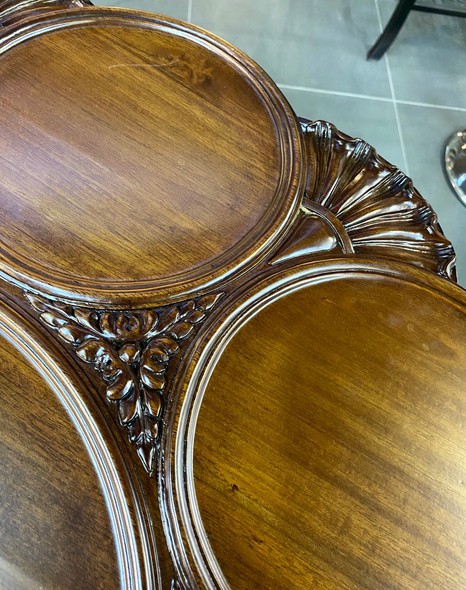 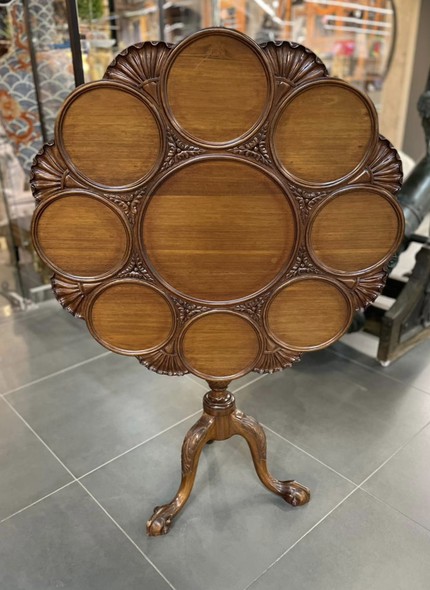 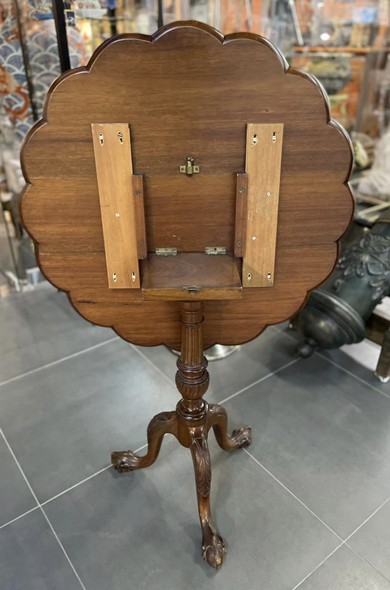 The table folds vertically, has a simple and durable mechanism.

Europe of the 20th century

Thomas Chippendale - the largest master of English furniture art of the Rococo and early classicism.Today, the Chippendale style is associated primarily with mahogany and sophistication of forms.Mahogany was not chosen by chance, even during the life of Chippendale it was brought to England and became very popular among wood carvers because of its exceptional strength, which allowed the most daring ideas of the masters to be realized. 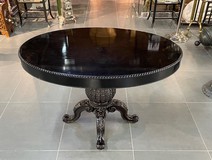 Antique table "Flower of the Sun" 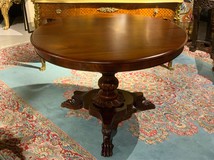