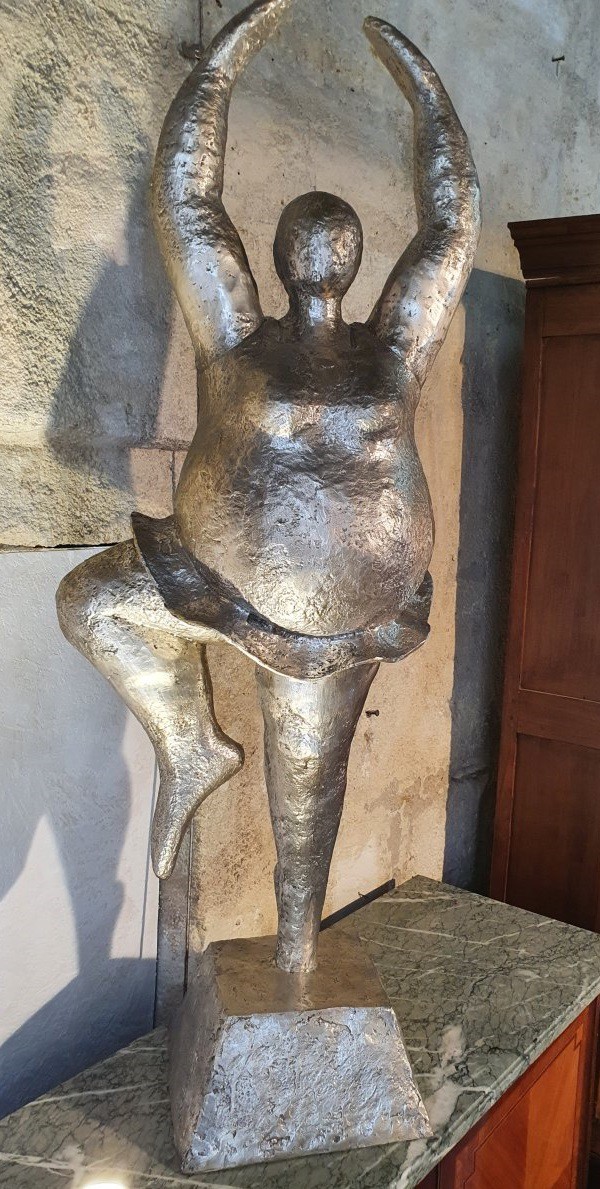 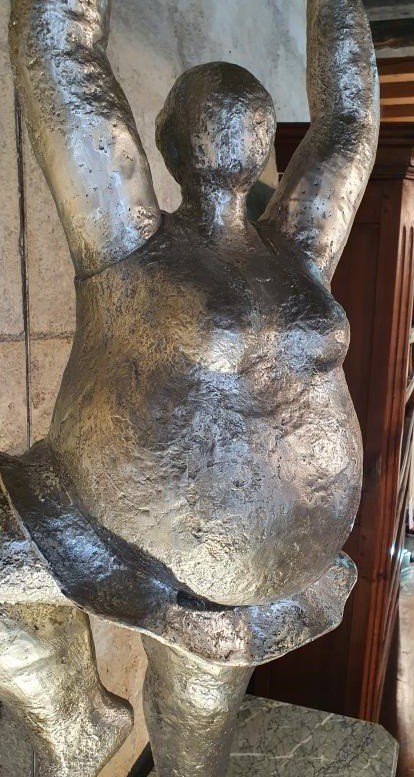 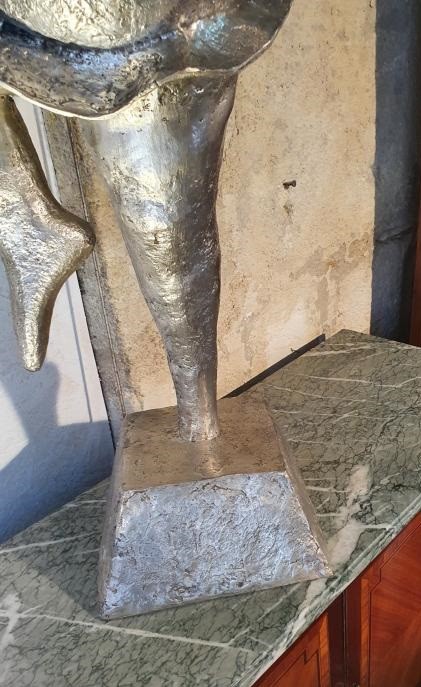 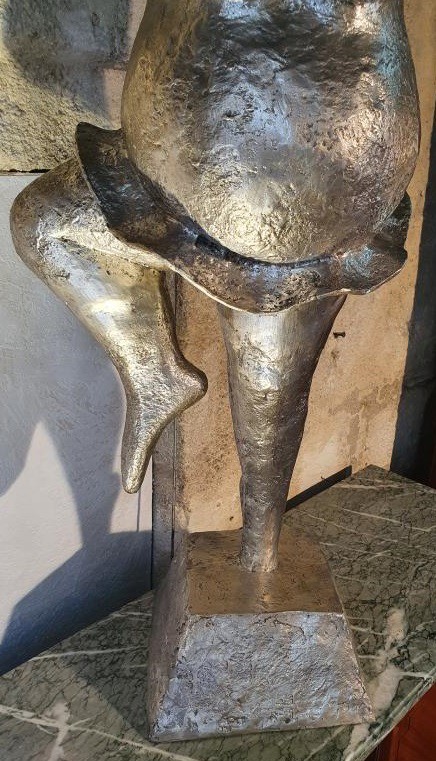 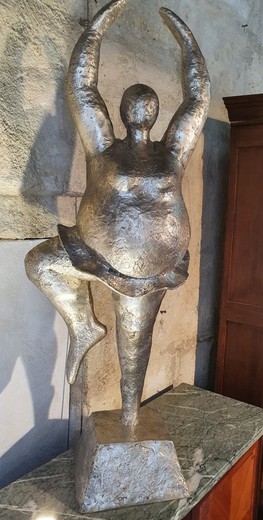 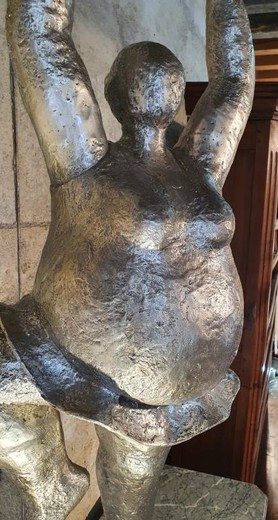 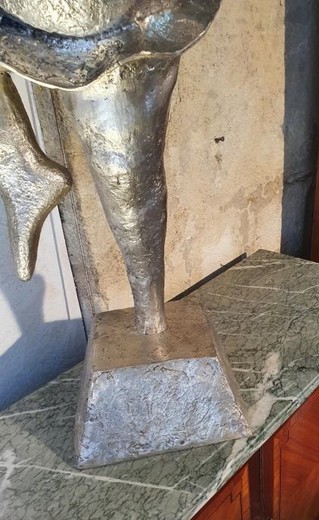 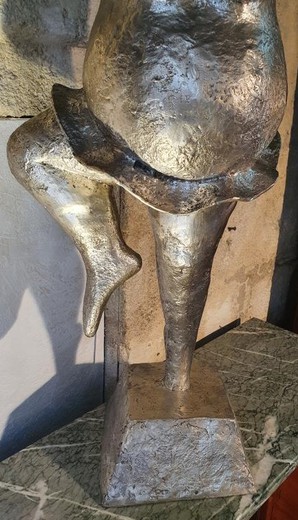 Vintage sculpture "Dancer". Made of bronze with silver plating. The sculpture is made in the style of Fernando Batero. Europe, XX century.

Fernando Batero Angulo-Colombian painter, figurative sculptor. The master's works are easily recognizable, having seen them at least once, it is impossible to forget them. Batero developed his own characteristic style, which can be traced in all of his works. It's a certain pomp, and comically swollen images of people and animals. But he himself always says: - I do not portray fat women. I just write in bulk.

At the turn of the XX - XXI centuries, he became the most famous of the Latin American painters of his generation. The works of Fernando Botero are rated very highly in the world, they are recognized as one of the most expensive in the world. Many of his works are in various museums around the world, including one of his works is kept in the St. Petersburg Hermitage Museum