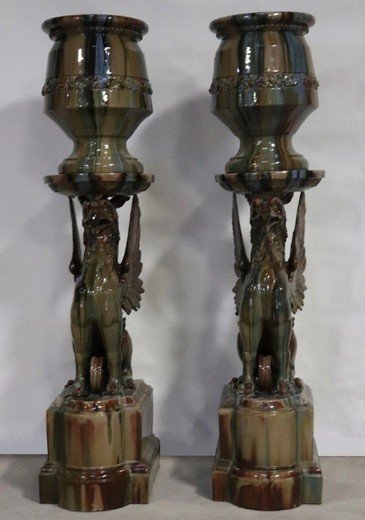 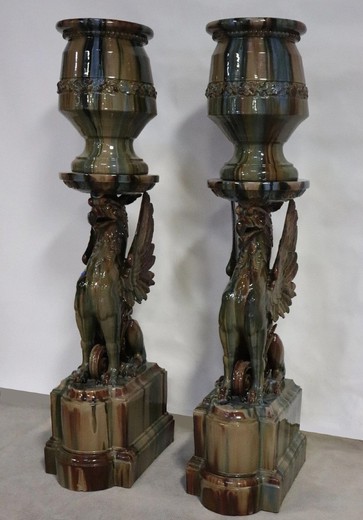 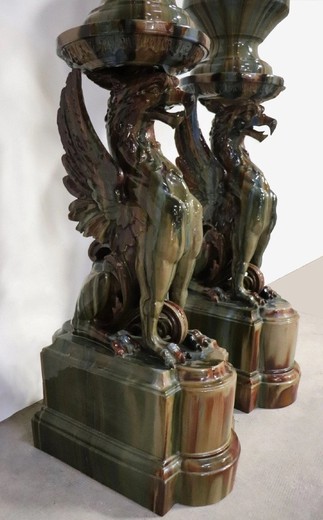 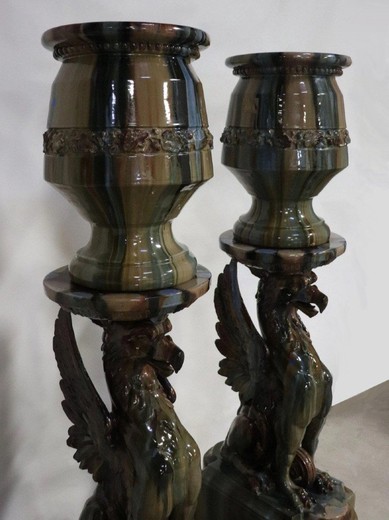 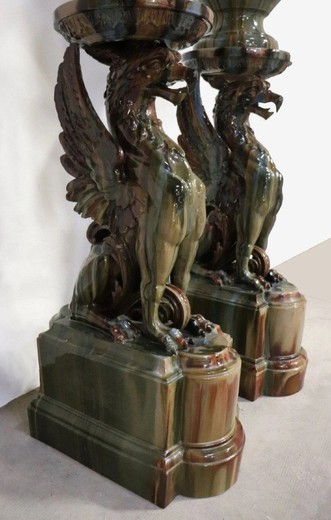 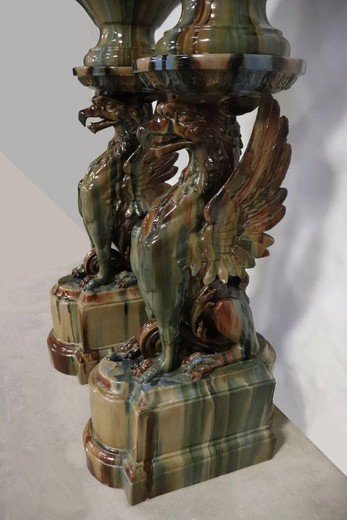 Clément Massier is a ceramist, a representative of the dynasty of ceramists (Jerome, Clement, Dolphin, Cedric), which dates back to the French Revolution and played a key role in the history of Vallauris, France. Clement Massier is considered to be the founder of the pottery movement of the early 20th century. in Vallauris. Initially, Clement worked with his father Jacques (1801-1871) in 1856. Clésant Massier was introduced to the art of pottery thanks to the craftsman Gaetano Gandolfi, a potter hired by his father. Gandolfi introduced several techniques, including enamel pottery, which made Massier famous. Since then, the products have been distinguished by originality, as they have become real creativity. The three enterprises of Massier, headed by brothers Clement and Dolphin and cousin Jerome, have become leading companies over time. After the death of his father, Clement teamed up with his brother Delphin Massier, then a factory was founded in 1883 outside Vallauris. Its prime location in Golf Juan on the road connecting Monaco, Nice and Cannes will reach high-net-worth clients and benefit from the proximity of a railroad for the delivery of finished goods. A year later, the company already has 120 employees. A real trading network was formed, thanks to the distribution of detailed catalogs in France and abroad, offering a variety of samples in a variety of color palettes and enameling techniques (monochrome, polychrome, jasp). Clement Massier became a real entrepreneur, opening several stores in his region and also in Germany. He took part in exhibitions and competitions many times.

Sculpture "The girl of the era of " 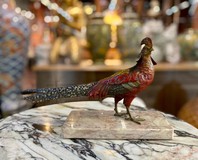 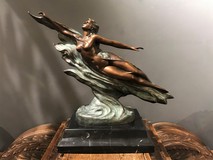 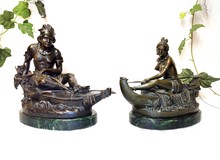 Antique sculpture "Indians in a canoe"