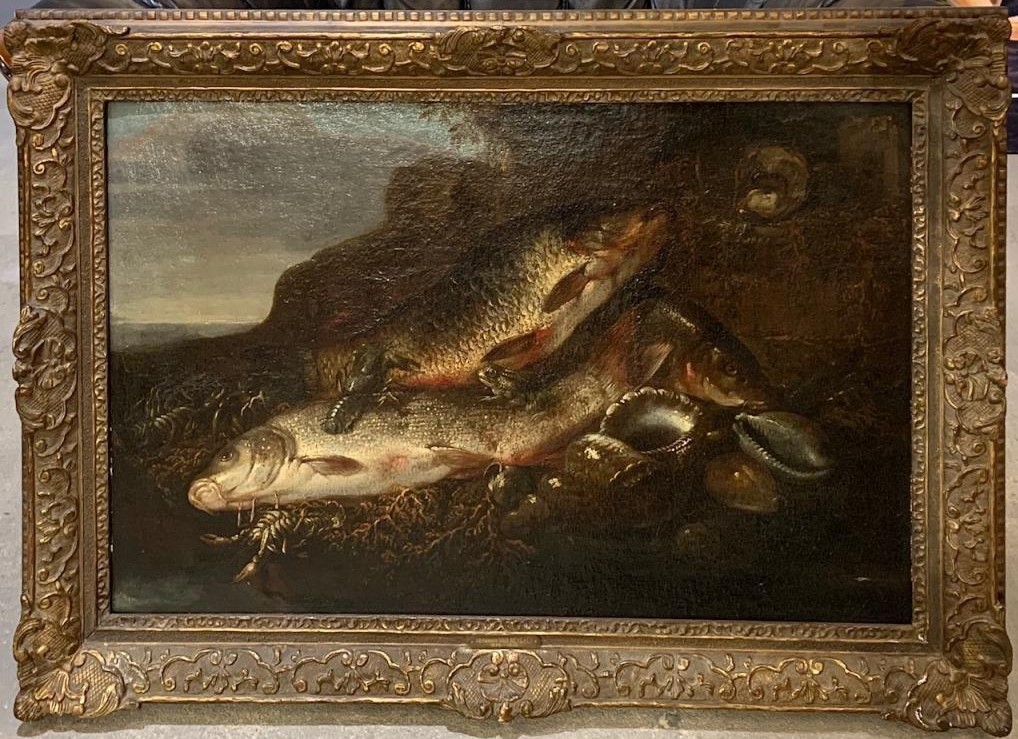 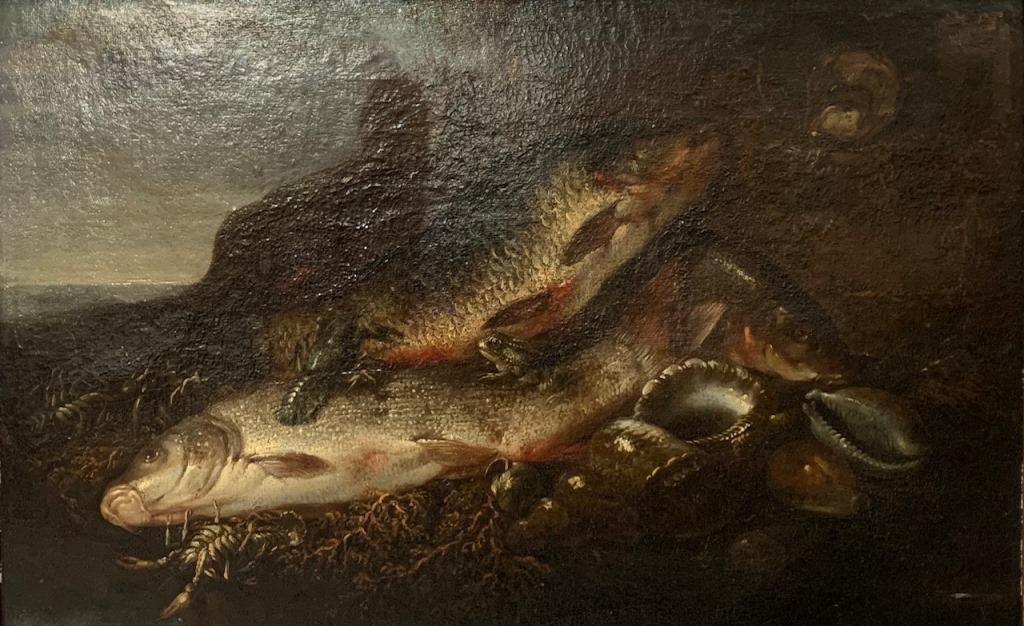 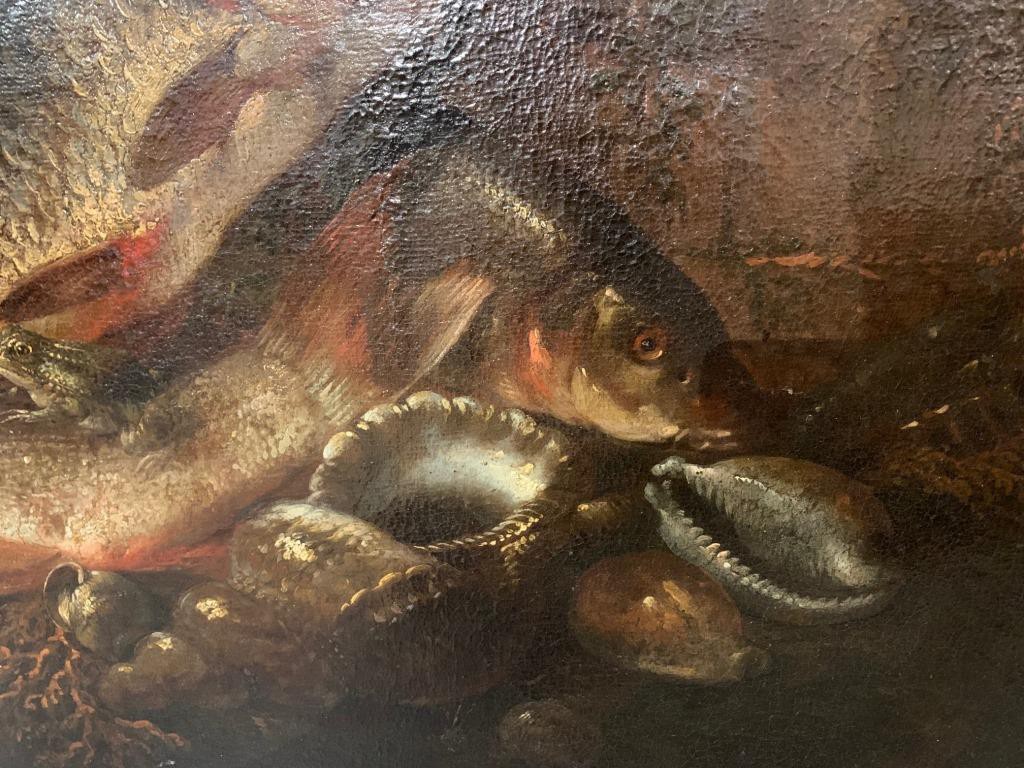 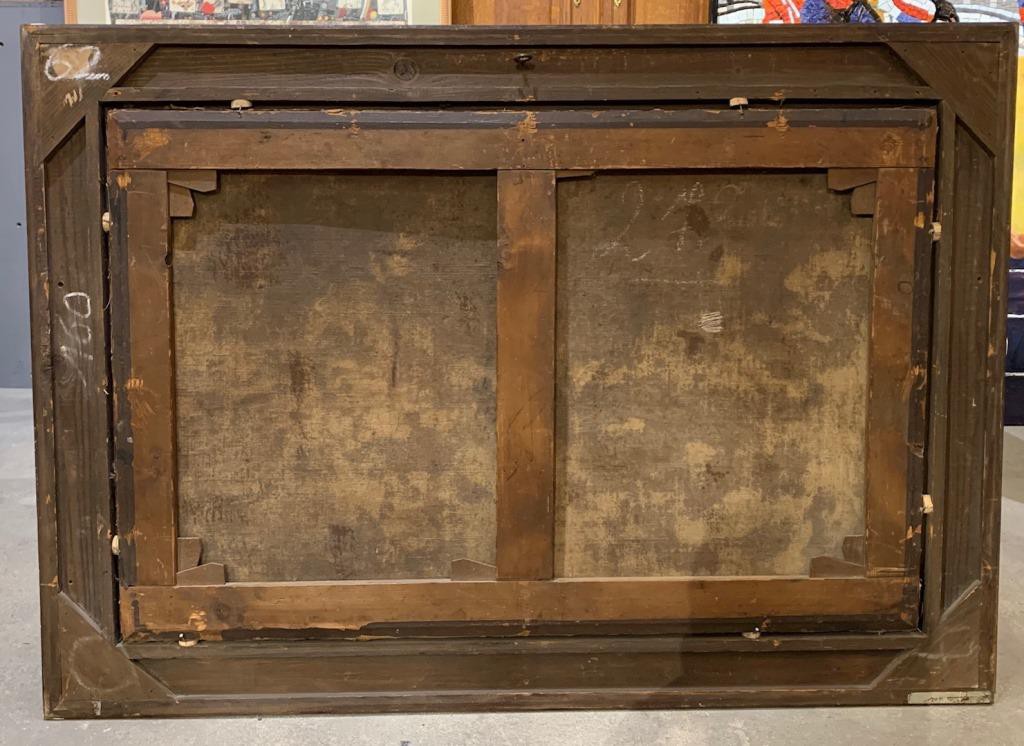 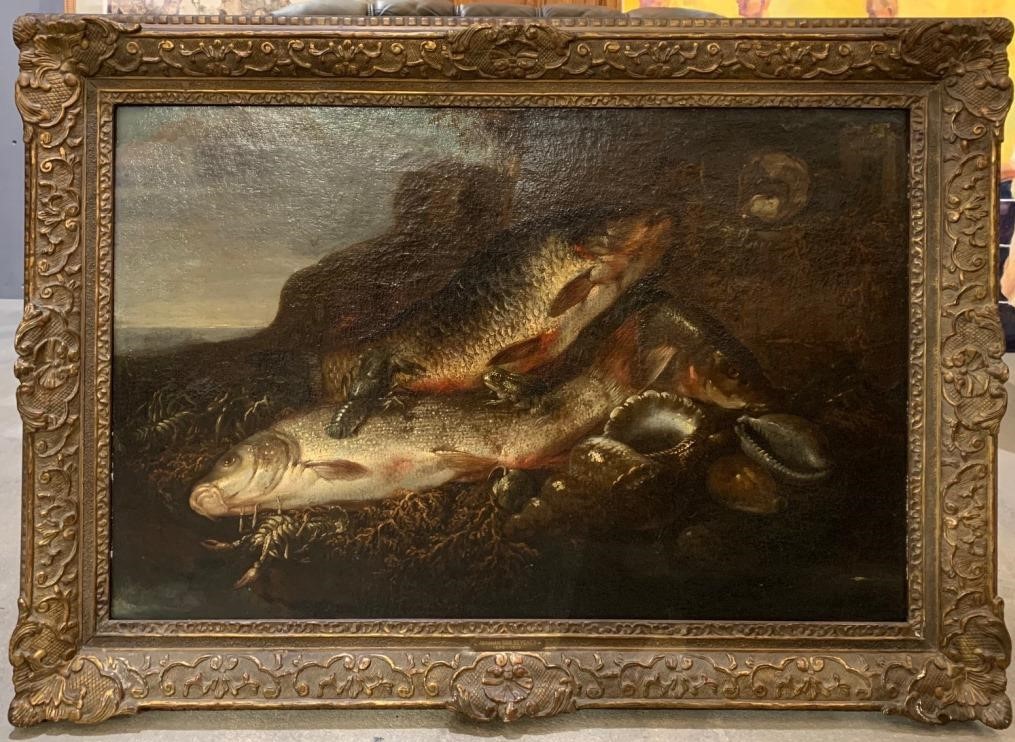 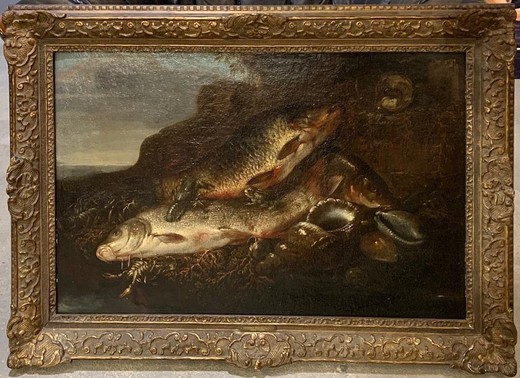 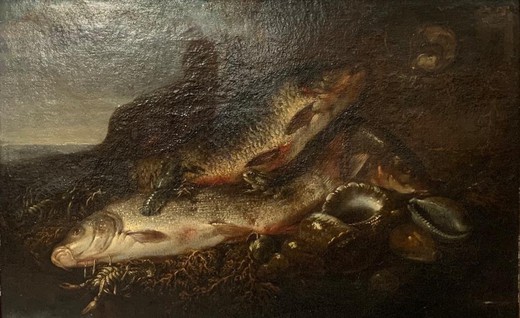 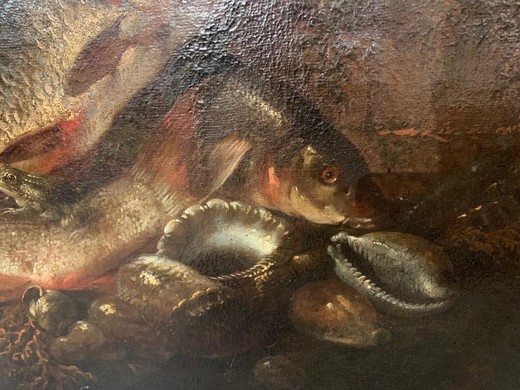 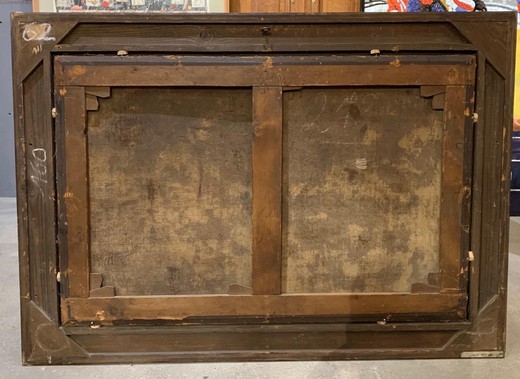 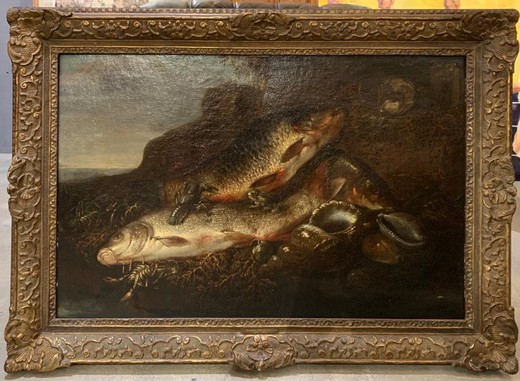 Abraham van Beyeren (1620 / 1621-1690) - Dutch painter of the 17th century, master of still lifes and seascapes. Today, Abraham van Beyeren is regarded as one of the most important painters of the Golden Age in the field of marina, "luxury" and fish still lifes. His paintings are presented in the largest museums in the world and are valuable adornments of the Hermitage, the State Museum. A.S. Pushkin Museum, the Louvre, the Metropolitan, the Royal Amsterdam Museum, the Royal Museum of Fine Arts of Brussels, the National Gallery of Scotland and many, many others. The most important world auctions Sotheby's and Christie's are happy to put up for auction the paintings of this master, if only there is such an opportunity.

It is not easy to avoid the plane of composition in a plot with fish, but the artist solves this problem by laying the carp in a heap on the shore. An outstanding colorist, he accentuates the fish scales, kept in a silver-gray palette, with separate bright color spots. Reflections of light give the image a special liveliness and expressiveness. Van Beyeren was called the "fishy Raphael". It is clear why. The compactness of the composition does not give a cramped feel. The artist does not close the viewer on the central plan - at the top left, the space opens up and leads to the wide sea spaces and the endless sky. You can try to unravel the secret philosophical meaning of the picture - there are crayfish, symbolizing the vicissitudes of fate, and a frog, considered a devilish animal, and sea shells, personifying frailty. But there may be more biological curiosity, love of natural science, a mixture of science and art!